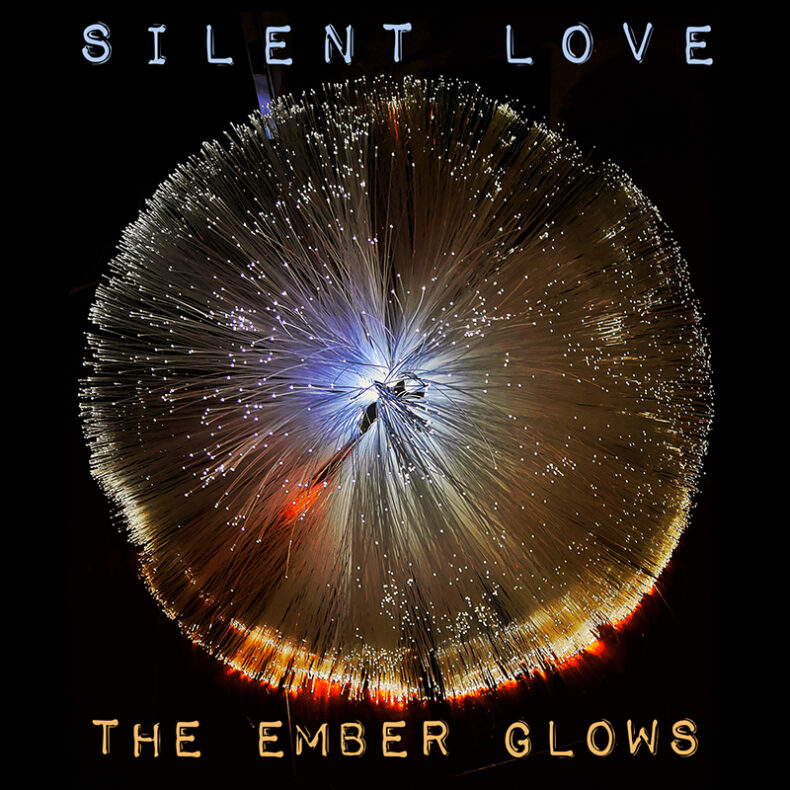 Today we introduce you to a band who are relative newcomers (relative to their influences, who are quite apparent as their music DNA pumps through their sonic creations again and again). Though they may hail from Montreal, their sound is more akin to late 20th century northern England.

Montreal-based indie rock / post-punk quartet The Ember Glows release their new single “Silent Love” on Wednesday, following their 2021 ‘Passenger’ EP. Centered around true love, the fragility of life and the power of silence, the quartet stand at the intersection between post-punk intensity, the romanticism of new wave and trippiness of psychedelic rock.

Formed in early 2019, this quartet involves artists who have honed their craft over many years. All of them happen to be members of other Montreal bands / projects, including Room Control, REPO, Scene Noir and Citylake, Richard Bunze rules the guitar with Kevin Hills on bass and Dan Stefik on drums. But one of the most distinctive elements of their music is Martin Saint’s vocals. Both singing and playing guitar, his particular timbre recalls both Ian Astbury (The Cult), Cathal Coughlan (Fatima Mansions, Microdisney) and the infamous Julian Cope.

If your musical taste is rooted in the brilliant postpunk / deathrock scene of the 1980s Britain or if you are simply craving a sound akin to artists like Chameleons, Interpol, The Cult, and The Alarm under the beautiful umbrella of Echo and the Bunnymen shimmer, The Ember Glows is a band you need to know and will certainly appreciate.

With a sound laden with simple hooks, a pulsating rhythm section, textural guitar interplay and baritone vocals, their recordings channel the feeling of being front and centre at one of their shows.

Long-time friends since their teenage years, personal chemistry and musical synchronicity brought them together as The Ember Glows. With all four of them also being part of other bands, what started as a side-project ultimately became everyone’s main music priority, fuelled by their jointly-forged sound and corresponding adrenaline. Each member brings something different to the table – Rich with his knack for texture and big sound, Kevin’s rumbling groovy bass lines, Dan’s manic and melodic drumming, and Martin’s delicate lacing of baritone and jangly guitars.

“This song came about when my ex-girlfriend lost her father last year. This is about how powerless one feels when a loved one mourns the loss of a close relative. The old clichés and platitudes won’t help but you still want to offer the gift of silence and love. Because it came from the heart, the song wrote itself. Even the first band run-through sounded good already. We all knew then it’d be a special one,” says frontman Martin Saint.

Recorded at Closet Studios in Montreal, on “Silent Love”, the band wears their influences on their sleeves, with elements of Simple Minds, The Cult, Echo and the Bunnymen, early U2, Nick Cave and The Mission at the fore.

Guitarist Richard Bunze elaborates on this song’s development, “After hearing the initial chord structure and vocal melody, I began playing a variation of my current guitar riff. I wanted it to sound wide and ethereal, with a driving gritty character and texture. I think we all added our own TEG stamp on this one!”

As of June 29, the “Silent Love” single will be released everywhere digitally, including Bandcamp at https://theemberglows.bandcamp.com/track/silent-love  Here, listeners can also find the band’s latest Passerby EP, available digitally and newly released on cassette.

Also enjoy their latest two studio videos and their Passerby EP, released in 2021: