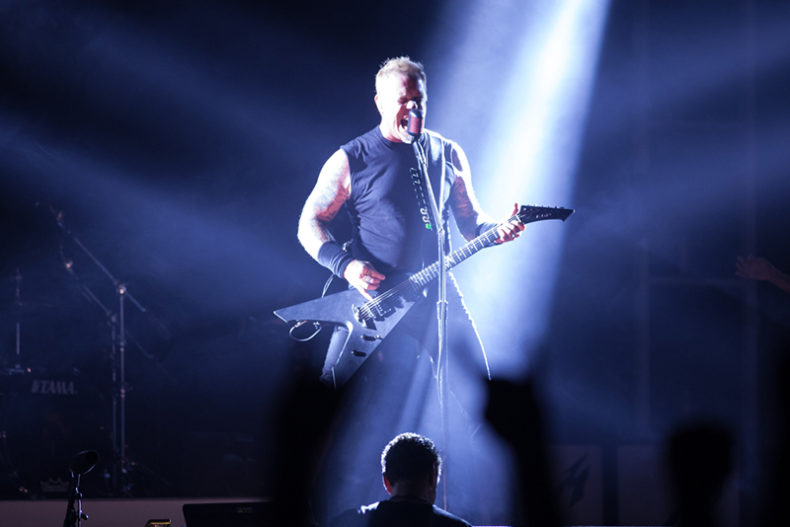 This weekend, Metallica, along with show openers Avenged Sevenfold and Volbeat, brought their WorldWired Tour to Toronto’s Roger Centre, their first show in Toronto since their intimate performance at The Opera House last November, all of which is promoting their 2016 hit record, Hardwired… To Self-Destruct.  Metallica haven’t played a stadium show in Toronto since their two back to back sets at the Air Canada Centre in October of 2009 on the World Magnetic tour.  In the past, Metallica has had an interesting history with Toronto when during an ill-fated co-headlining show with Gun ‘N’ Roses (and openers Faith No More) in 1993 at the CNE Stadium, vocalist and rhythm guitarist James Hetfield was lit ablaze by the band’s pyrotechnic rig, causing the band to cancel the rest of the tour.  While much time has since past, and the metal pioneers have since visited Toronto a number of times, this performance – much like Hardwired… To Self-Destruct – had an air of triumph surrounding it; ultimately demonstrating that the titans of modern rock are back at the top of their game. 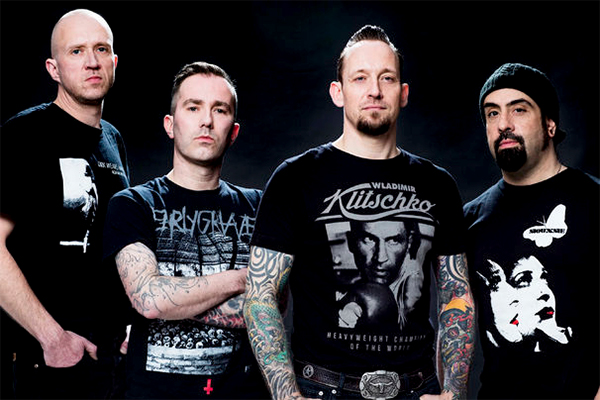 Taking the stage at about six, Danish hard rock outfit Volbeat took the stage to a venue that was well on its way to filling up. The band performed a solid set that made full use of their near forty-five minute set time by playing almost continuously with very little breaks in between songs. It seemed that Volbeat were expecting much of the audience to be unfamiliar with them so they used their set as a means of cramming as much material in to wow what is likely the largest Toronto audience they have ever played for. I would certainly say that Volbeat cut their teeth in Toronto at a new level for themselves and were very successful in attracting a number of new fans.

Following a short turn around, Avenged Sevenfold took the stage. The modern metal icons were met with much anticipation following the release of last year’s critically acclaimed record, The Stage. The band, – now with ex- Bad Religion drummer Brooks Wackerman behind the kit, who laid out a killer drum solo which referenced Rush’s “YYZ”- performed a set which encapsulated much of their career, but largely centered around their hits from their 2007 self-titled album, including “Almost Easy” and “Afterlife”. From their most recent album, the band opened with “The Stage” and threw in “God Damn” towards the middle of their set. The band performed tightly, with lead guitarist Synyster Gates delivering some impressively fast and incredibly clean solos. Vocalist M. Shadows, looking like a complete badass with his signature aviators, bandana, and backwards hat, was able to have complete command over the audience, urging them to sing along to the band’s more iconic hits and making full use of the massive stage and catwalk. To conclude their set, the band dug into their brutally heavy “Unholy Confessions” and stated that they will likely be returning to Toronto in about half a year or so. All in all, I went into their set feeling very nostalgic for a time when I would frequently listen to their early material, and despite not listening to Avenged Sevenfold much in the last few years, I was very impressed and would highly recommend any metal or rockers to check them out. 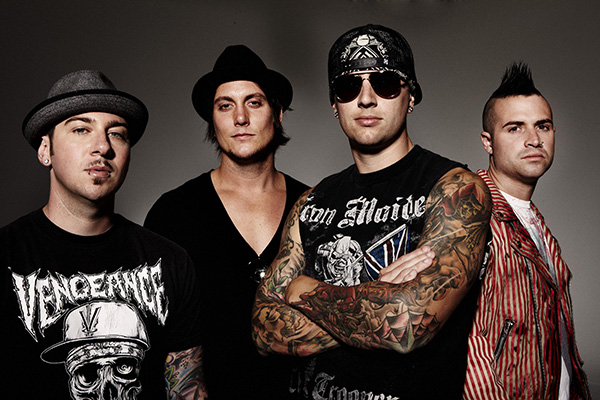 Finally, the moment which everyone had been waiting for, Metallica walked onto their monolithic stage which featured towering screens, allowing for maximum visibility and creating a sheer ominous presence. The band opened with the first track from their latest album, the blistering “Hardwired”, before immediately diving into “Atlas, Rise!”. Metallica’s set was one comprised of older hits, particularly from their earliest albums in the 1980’s leading up to The Black Album, along with five tracks from the first half of Hardwired… To Self-Destruct including “Moth Into Flame”, “Halo On Fire” and “Now That We’re Dead” where the band broke into a jam with each member on four massive Asian drums all the while balancing polyrhythms and syncopated patterns. The band made full use of their stage, with microphones planted at multiple locations, allowing for Hetfield to reach the audience from center stage, the wings, and from the cat walk. In addition to the large screens which fused unique animations with live footage, the band also used a massive pyrotechnic rig which shot flames to almost the height of the screens, as well as also using lasers, lights, and occasionally fireworks to create a sense of climax.

As I mentioned, the band’s set included a number of classics from the band’s early career. Even in their fifties, Metallica can still dig deep into the aggressive thrash with tracks like “Seek And Destroy”, “Master Of Puppets”, and “Blackened”, while also getting into their slightly groovier based hard rock inspired tracks including “Anywhere I Roam”, “For Whom The Bells Toll”, and “Fuel”- the only song in their set that was released in between their 1991 self-titled (often referred to as The Black Album) and last year’s Hardwired… To Self-Destruct. For softer “ballads”- if you could call them that- the band also performed “The Unforgiven”, “Nothing Else Matters”, and “One”. All the songs, were performed excellently, with the band in tip-top shape: Hetfield’s voice can jump from edgy and aggressive to soft and gentle tones with ease while juggling some of the most intricate rhythm guitar lines. Lead guitarist Kirk Hammett laid out some very impressive solos while bassist Robert Trujillo proved to be unrelenting as he and drummer Lars Ulrich kept the band on a steady course forward. Maybe it’s because I’m a drummer and often that is what I pay most attention to, but Ulrich’s playing has significantly improved as he remained in time and performed extremely busily leaving me very impressed. One of the many highlights from their set was their “recreation of the garage” as Hetfield put it as a second drum set emerged from the floor of the cat walk. On this much tinier part of the stage, the band huddled together to give a slightly more intimate and grungy performance of their classic from their debut album, “Seek And Destroy”, in which Ulrich pulled a kid from the pit, allowing him to count the song in behind his kit. After which, the band left for a very short period and returned to deliver a three song assault of an encore, consisting of “Blackened”, “Nothing Else Matters”, and the quintessential, “Enter Sandman”. 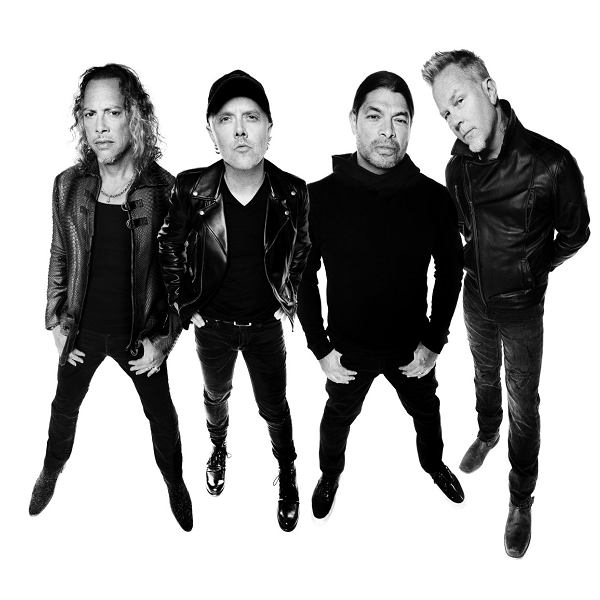 When comparing Metallica’s performance in Toronto to live footage from previous years, it is quite apparent that the band has stepped up their game and is entering a new era which will one day be regarded as a live highlight among their great career. The band has become incredibly tight and has more stamina than most bands half their age. The group took few breaks throughout their set, allowing for the band to relentlessly jam as many songs as they can into their allotted time: eighteen songs in roughly two-and-a-half hours and the sold out audience could not get enough. With each song, the excitement and energy grew, radiating off the band which also factored into the high quality of the band’s performance. It is very clear that they’re having the time of their lives which most definitely reflects in their show. Considering that for much of the 2000’s, Metallica fans have been anticipating a follow up to 2008’s Death Magnetic while also anxious to see what would come of it as Load, Reload, St. Anger, and Death Magnetic often left their fan base divided. While these records have fueled hours of debate between fans, Hardwired… To Self-Destruct and their current tour are here to silence all doubt and to remind everyone that Metallica are continuing to be a pillar in the modern hard rock and metal scene with their future output rather than relying on their past innovations. If last night’s concert is any indication, Metallica are aiming to retake the world as one of the greatest cultural rock icons of our time, and after seeing what is among some of the best shows I have seen, they just might be able to not only return to prominence, but usher in a new era to their career which can stand proudly beside their iconic stages of their career, including Master Of Puppets and The Black Album. This show will be among the biggest and best concerts that Toronto has and will see this year, while also being one in which people will be talking about for years to come. In short, Metallica rules!

A passion for music has always been a part of Gerrod’s life. As a young boy, he was raised on a steady diet of the music from The Chili Peppers, Aerosmith, The Stones, Prince, and others from his mum. Raised in the GTA, Gerrod continued to foster his love for music by attending a wide range of concerts and learning the drums. His unapologetic passion for music has no bounds and has spread to a wide variety of styles, whether it be the 90’s rock that sound tracked his teenage years, the jazz he studied in university, or his newfound love for hip-hop. He recently received his bachelors in music and education from York University and is passionate about writing and reviewing good (and less than good) music. Gerrod is also the drummer and songwriter for a Toronto based rock & roll band, One In The Chamber.
RELATED ARTICLES
avenged sevenfoldhardwired...to self-destructlive review