SPILL LIVE REVIEW: THE LOWEST OF THE LOW @ THE HORSESHOE TAVERN, TORONTO 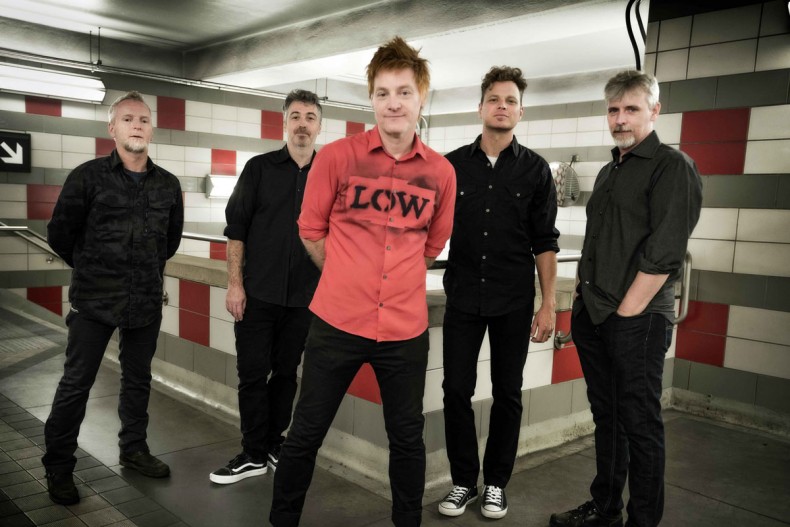 The Lowest Of The Low
@ The Horseshoe Tavern, Toronto
December 5th, 2015

This was the night that frontman Ron Hawkins and the gang returned to Toronto with their homecoming, high energy set to a raucous, tightly packed crowd. Continuing to celebrate the Horseshoe Tavern’s 68th Anniversary, The Lowest of the Low brought their best, much to the delight of the hardcore fans, singing along with the lyrics. Having been a fascinating success story in the history of the Canadian Indie music industry during the early 90’s, The Lowest of the Low’s tracks still resonate after nearly 25 years since Shakespeare My Butt.

The rabid crowd went ballistic when LOTL launched into “Last Lost Generation” with reckless abandon. LOTL’s new tracks “The Kids Are All Wrong” and “In the Blink of an Eye” are catchy, high energy tracks which will look nice beside their current line up of songs. From the anthemic “Salesmen, Cheats and Liars”, to the shorter track “Bit”, LOTL showcased a cornucopia of tracks from their bag of tricks. Hawkins’ unleashed, engaging vocals never wavered throughout the band’s performance, hitting high and lows as LOTL juxtaposed up tempo, frenetic songs against slow moving ballads while communal screams rang throughout the intimate standing area. At many points during the show, Hawkins would thank the crowd and acknowledge their support throughout the years, and it never sounded insincere as the night continued with a variety of subtle, enjoyable moments on the stage. Hawkins never made the mistake of making long speeches (even taking a moment to remember Scott Weiland of STP / Velvet Revolver) or engaging in audience prattle that would detract from the show as LOTL gained momentum as the night raced forward. Dave Alexander kills its on drums with the youthful vigour of a drummer half his age. Dylan Parker was solid and tight on bass (and should be recognized) and played it like a bass, trying to emulate the low frequency of a bass drum. Lawrence Nichols’ harmonica and keyboard skills were top notch and provided many layers of depth to the songs. Kudos goes to their guitar accompanist Brian MacMillan, who’s nimble playing enhanced the already powerful sound of the band through his barres, bends, picking and slide guitaring.

LOTL’s final encore song ended with the catchy “Rosy and Grey”, that could be considered one of the more beautiful Canadian concert karaoke ballads of all time, as the crowd swayed back and forth, while applauding furiously at the end of the performance. In the end, this wasn’t some old band trying to reclaim their indie relevance as a constantly touring reunion band. The Lowest of the Low were far from it, as they exemplified a solid Canadian band that entertained their long-time (and new) adoring fans with a set that was undeniably full of great songs from the past and present. A well synched, hard hitting performance indeed, from the Canadian legends of 90’s alt rock. The Horseshoe Tavern might be a smaller venue, but The Lowest of the Low made it feel like an expansive warehouse party with their wall of sound.

Last Lost Generation
For the Hand of Magdelena
The Kids Are All Wrong
Gamble
Just About The Only Blues
Kinda the Lonely One
Bit / Letter From Bilbao
Under the Carlaw Bridge
So Long, Bernie
City Full of Cowboys
Salesmen, Cheats and Liars
Gossip Talkin’ Blues
Crackstatic
The Last Recidivist
Henry Needs A New Pair of Shoes
Bleed A Little While Tonight
Encore:
Black Monday
Four O’Clock Stop
In the Blink of an Eye
Eternal Fatalist