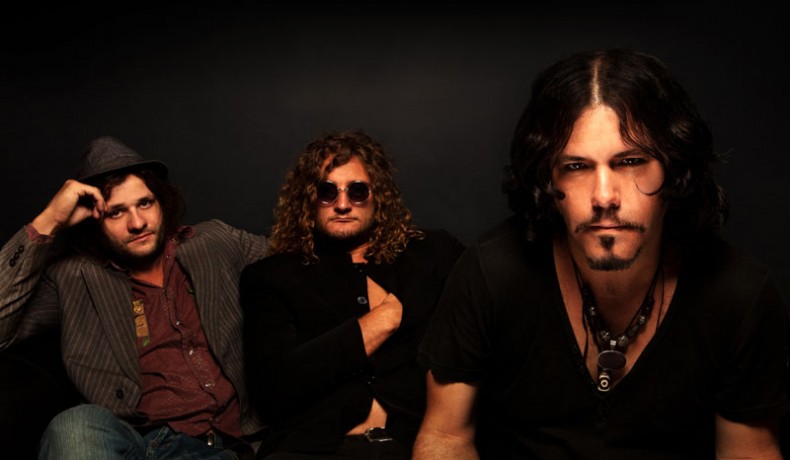 It isn’t every day one gets to be in the presence of someone magical, someone who is larger than life. Jeff Martin, the legendary singer, songwriter, guitarist, producer, a man with perfect pitch, is just that; and it was a magical night when he performed an outstanding solo set of both original songs and covers at The Horseshoe Tavern.

Windsor-born Jeff Martin formed The Tea Party in 1990. Having produced all of The Tea Party’s eight albums himself, he began a solo career when the band went on temporary hiatus in October 2005. He released Exile and the Kingdom in 2006, followed by four more live solo albums. He then formed The Armada in 2008, releasing a self-titled album. In 2011 came Jeff Martin 777, and another album release, The Ground Cries Out. He has since produced albums for 100 Mile House, The Jay Murphy Band, The Eternal, Tenth Planet and Roy Harper.

The Vancouver-based band made quite an impression on those in attendance who were unfamiliar with them. Powerhouse vocalist Colleen Rennison and her guitarist played the opening set on a handful of Martin’s solo shows as a duo. Her voice is calm yet powerful, beautiful and soulful, and the acoustic guitar accompaniment was perfect — soft, melodic, at times haunting. Rennison’s onstage presence is unassuming, yet she is clearly a vocal force to be reckoned with. Breezing through a few of No Sinner’s repertoire, including “September Moon,” “The Bloodred Yonder,” (a song penned by Ben Rogers), and their new single “Friend Of Mine,” the duo made a huge impression.

After a brief introduction by Liam Killeen of Coalition Music, Jeff Martin quietly stepped onstage carrying a hurdy-gurdy. In a sweater, tuque, and neck scarf, he looked more the part of a mesmerizing minstrel who was planning to charm an unsuspecting audience. That is just what he did.

Martin is the master of his audience. The man can make you weep in the blink of an eye. The guitar legend alternated between a six- and a twelve-string guitar from his legendary collection, handed to him for each song by his guitar technician, employing a variety of open and alternate tunings for each song or medley he performed. His alternate tunings are what give his music its unique and distinctive flavour. Accompanying himself with a percussive foot pedal that sent out vibrations that nearly broke the Richter scale, his guitar wizardry is only half of his talent. Martin’s vocal abilities are like a dragon on a leash. With one breath the man can unleash a vocal barrage that produces the sonic effect of the iconic Maxell speaker ad campaign.

The show came just a week after The Tea Party’s New Year’s Eve performance in Niagara Falls, where Martin tells us that one of his ears was completely blocked due to an infection he developed after swimming in the river behind his home in Australia. “I really can’t hear. Does it sound good?” he joked after “The Bazaar.” It most certainly did.

Martin’s longtime collaboration and friendship with famed producer and musician Daniel Lanois was ever present. “I don’t know if he’s here in the audience tonight because I did invite him… do you know who I’m talking about?… Daniel’s influence on me knows no bounds,” he said while introducing “I Love You” and “The Messenger,” having already covered “The Maker.”

In a touching tribute to famed Australian drummer Mike Skelton, who was recently involved in a horrific car crash that left his best friend dead, and Skelton on a long road to recovery, Martin dedicated the songs “Requiem” and “Hurt.” “Mike and I, we believe in the power of music – that it can traverse the ether and do big things… Bring positive vibes.”
In a touch of class, Martin dedicated one of his final numbers, “Coming Home,” to the staff of The Horseshoe. “It’s been seven years since I played The Horseshoe. The Staff just made me feel like a king… I felt like I was coming home.” There are many reasons why The Horseshoe Tavern has become known as “legendary.” This is one of them.

“I’m a little overwhelmed this evening – I didn’t expect to see all of you here.” To those of us who were fortunate enough to be in attendance that night, that statement sounded absurd. Jeff Martin’s performance was outstanding. It was a musical ride no one in attendance will soon forget.

*all songs written by Jeff Martin unless otherwise indicated

Trish Melanson lives in the Toronto area with her three boys, Nicholas, Justin, and Eric, her dog Jakkson, and her cats Max and Jagger. She is the former host and producer of Canadian Kickass, a weekly two hour radio show on New Jersey's Chestnut Radio, showcasing Canadian Music. She is also a former Web Content Manager of Indie Soundscapes, an online showcase for Independent Music Artists Worldwide, and was a regular music contributor to The Stroumboulopouli. She is a fervent supporter of the Toronto live music scene. In a past life she was a teacher and Vice Principal in Durham Region. She has many more new and exciting projects waiting in the wings. ;)
RELATED ARTICLES
jeff martinlive reviewsthe horseshoe tavern

by Samantha Wu on July 8, 2022
THE SUN WILL SHINE ON THROUGH A CONVERSATION WITH JEFF BURROWS OF THE TEA PARTY Hailing from Windsor, The Tea Party have been a pillar in [...]