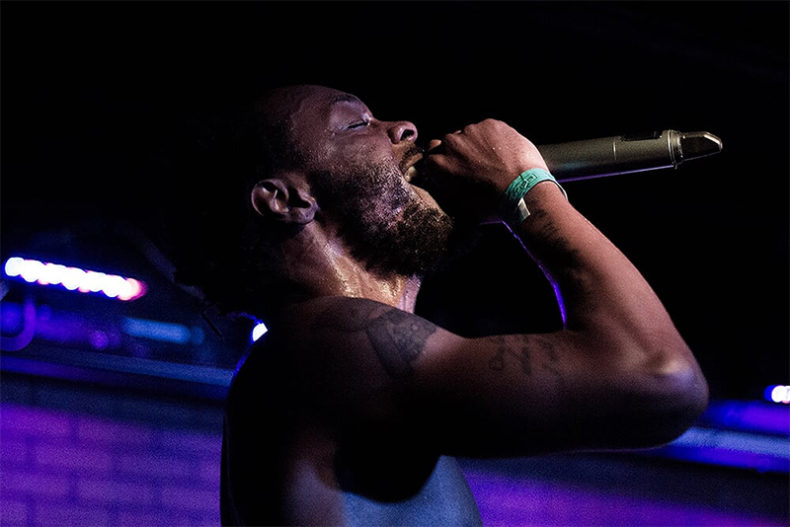 JPEGMAFIA has recently been making waves with his latest release Veteran, a political and abstract hip hop album that makes use of experimental samples and controversial lyrics. That being said it’s no surprise he sold out Adelaide Hall. This was his first appearance in Toronto and fans had been waiting anxiously.

Lo-fi band Joy Again opened the show and after their thirty-minute set, the audience members who weren’t familiar with the band could be heard asking other people the name of the band so they could listen to them later.

Finally, the stage technician began setting up for JPEGMAFIA. Fans were anticipating a wild performance and started cheering when he left seven water bottles on the rapper’s table in preparation for the events to come.

The rapper took the stage around 9 pm and opened with the track “Vengeance”, a Denzel Curry song  which he is featured on. This instantly sparked a mosh pit which would continue on throughout the entire set as he played fan favorites such as “Real Nega” and “1539 N. Calvert”. 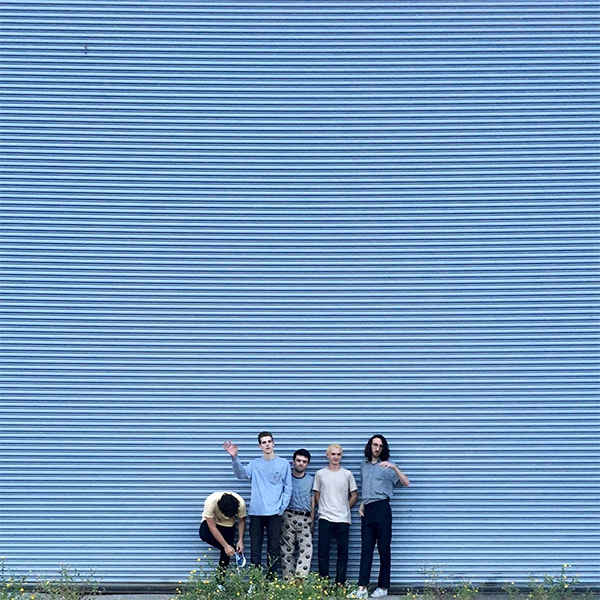 In between songs he would lie on the ground or lean over his table out of pure exhaustion, teasing the crowd by saying “I don’t know if I can go on”. Of course he did.

As it turns out all 7 water bottles were needed, the venue got so hot that JPEGMAFIA quickly went from being fully dressed with a sweater on, to wearing nothing but shorts. That’s right, he took off his shoes as well.

Throughout the performance you could tell that he was really enjoying the crowd. He thanked everyone for selling out the show and was really genuine about it. He actually spent just as much time in the mosh pit with the audience as he did on stage. He was fully engaged with the crowd even as they yelled obnoxious jokes towards him.

During a quick break he ironically asked the audience if his lip was bleeding, he then dove right into his last song of the night “Baby I’m Bleeding” and everybody went crazy.

When his show ended he promised fans he’d hang out with them and take pictures, which he did. He even wrestled one of his fans jokingly on stage which was hilarious. It was definitely a night to remember for Toronto.

Cory is a film maker and music lover raised in the GTA. Ever since a young age music has been a big part of Cory’s life and he often combined his love for music and film together, creating videos of him and his friends skateboarding to their favourite songs. This trend continues in his life as everything he surrounds himself with is always involved with or inspired by music.
RELATED ARTICLES
adelaide halllive reviewtoronto