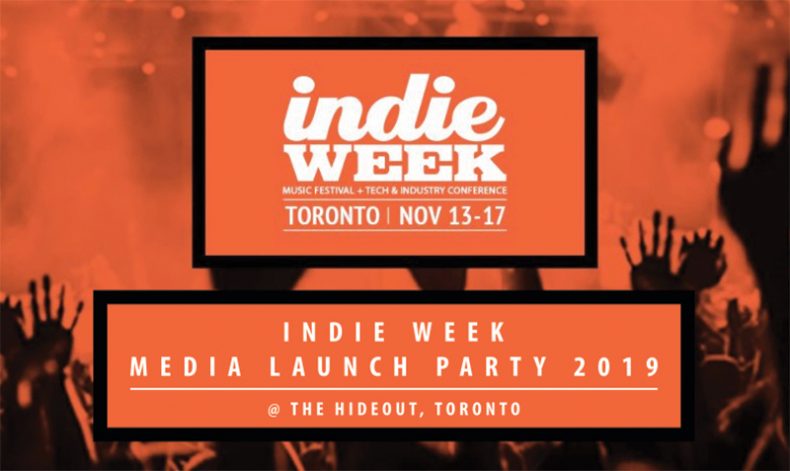 Indie Week’s Pre-Launch Party at the Hideout was a showcase of musical prowess, diverse genres, andcaptivating personalities. Introducing the artists, Indie Week founder Darryl Hurs explained that these are some of the favourites of the upcoming festival. This is the young talent that people should be checking out at various Toronto venues November 13 to 17.

The performances last night were a special treat to stir up excitement for media and casual observers alike. Hurs and his team handpicked the featured artists, and take it from the man himself, they’re remarkable.

Adrian Sutherland kicked off the evening. Sutherland is an artist ambassador for the Downie Wenjack Fund, and an advocate for clean drinking water in his community, Attawapiskat in Northern Ontario. His short set included a very worthy rendition on The Tragically Hip’s “Bobcaygeon,” as well as his new political single “Politician Man,” for which he just released a video. His bluesy vocals, harmonica, and acoustic guitar have a distinctly Canadian folk sound. He was joined by Chris Gormley of The Trews on djembe and his brother, Matt Gormley, on a red hollowbody guitar. 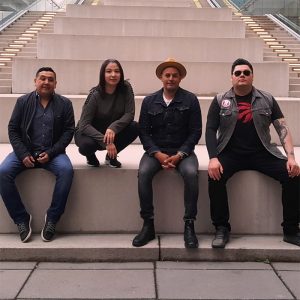 Thunder Bay’s Rachel Romu took to the stage next with almost a bashfulness along with their cane, but one must never judge a book by its cover. Romuwas diagnosed from Ehlers-Danlos Syndrome and is a campaigner for venue accessibility for challenged persons. The set started with a pared-down, dark version of “Build Me Up Buttercup”, and built up into an interesting, powerful blend of Romu’s guitar, supplemented by keys and additional guitar from their producer. Soulful feels, funk lines, and electronic hooks (featuring great “Indiana Jones whipcracks”) created a singular sound for Romu, whose stage presence was even more impressionable when not behind their guitar. 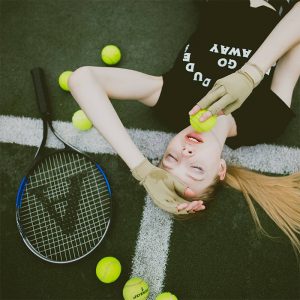 All the way from Sanikiluaq, Nunavut, Kelly Fraser followed, and her personality shone through in her performance. The outspoken spitfire with pink hair and studded heels began her set with a traditional drum and throat singing. Her song “Looking For A Seal” spoke of some of the troubles the Inuit people face, especially with undeserved backlash from supposed animal rights organizations such as PETA. Her vocals, switching between English and Inuktitut, ranged from soulful to poppy to hip hoppy with powerful messages. 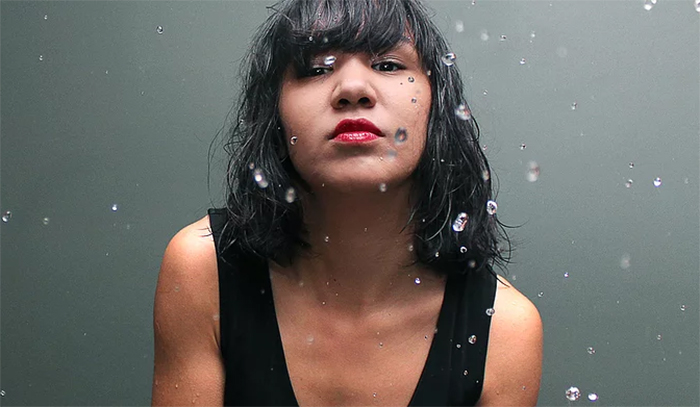 The next act, Mountain Head, have intentionally mysterious origins, and didn’t offer much explanation to the crowd during their set. The Hannah Brothers were joined by a female drummer who kept impeccable time throughout their set, who looked seriously passionate while the two double-denim, black cowboy-hat clad fellas stole the attention of the room. Contrary to their outward appearance – think young ZZ Top with golden grills – Mountain Head offered a subdued psychedelic pop rock sound with dreamy, harmonized vocals. Their tribute to Ol’ Dirty Bastard’s “Shimmy ShimmyYa” was downright eccentric, and no less amazing than the rest of their set. 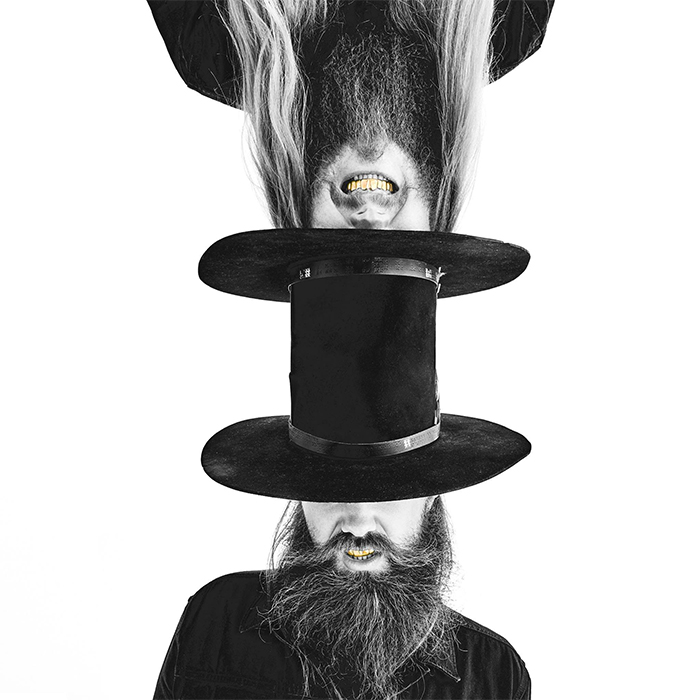 Toronto’s all-female orchestral electric soul group, Ghost Caravan, hit the stage next. Viola and electric cello were alternately plucked and bowed to the driving beat of the drums. Over this were the striking soulful vocals of Shaina Silver-Baird. With her sequined shirt and black top hat, there were definite flavours of ‘90s Lilith Fair underneath all that electro-soul in upbeat “Damn You.” 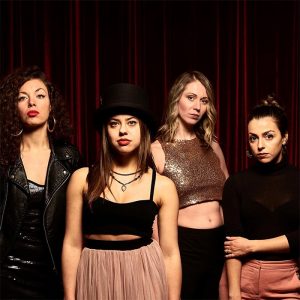 Blow Flyy’s set was a good change of pace. The extremely versatile rap and hiphop artist from Nova Scotia came down off the stage to get more involved with the crowd as he skilfully performed many back-to-back tracks. His story-telling skills got important messages across, while he manipulated words with speed and accuracy. With a few of the tracks he slowed things down, and his honest demeanor and real performance was both affecting and impressive. 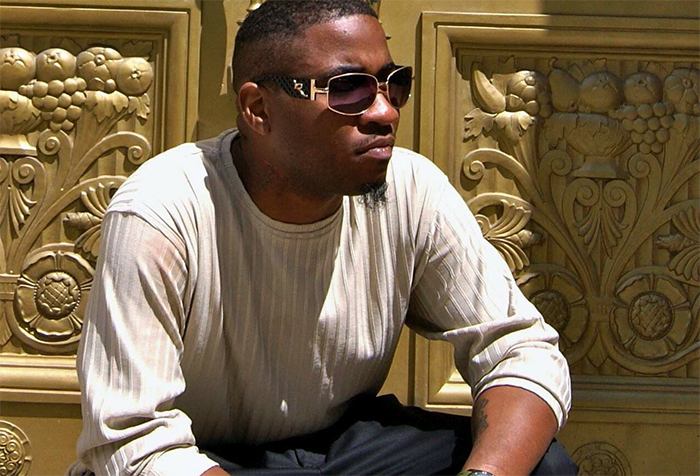 Young Doctors in Love from Toronto were a treat with their dual harmonizing vocalists in vintage-looking crop tops, creating a vibe reminiscent of ‘60s pop with a rock’n’roll beachy feel. The rest of the band, sporting genre-appropriate patterned shirts, consisted of surf-inspired drums, grooving bass, rhythmic keys, and melodic lead guitar. There was an undeniably old school feel in an enjoyable performance brimming with poppy, catchy hooks. 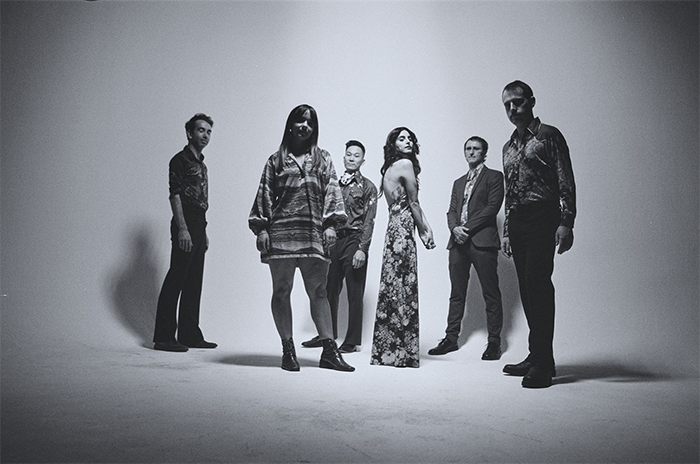 Three-piece punk outfit Excuses Excuses from Toronto were the only band you might have needed earplugs for. Their high energy yet approachable punk style was reminiscent of other Canadian alternative punk greats like the Flatliners, Pup, and The Dirty Nil. Despite some technical difficulties, their overly animated vocalist and guitarist led the band in rousing anthems, cementing them as masters in that oxymoron of radio-friendly punk that has emerged in the past few years. 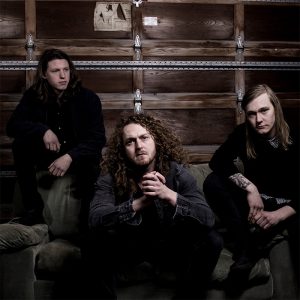 The last artist of the night offered some vintage ‘80s feels with a millennial update. Fonfur’s soaring lead guitar, Hollerado-esque vocals, and jangly guitars come together to create a style that doesn’t easily fit into a category. Their songs were somewhat poppy but more updated versions of a style that originated with the Smiths. The Toronto area four-piece rock outfit were a suitable close to a night of professional artistry. This was an undeniably great group of young musicians who will only get more exposure at this year’s Indie Week. 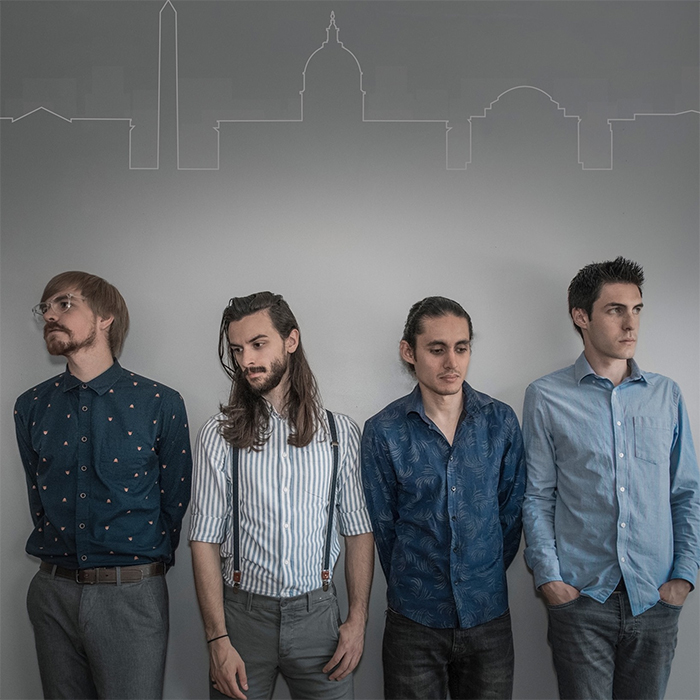