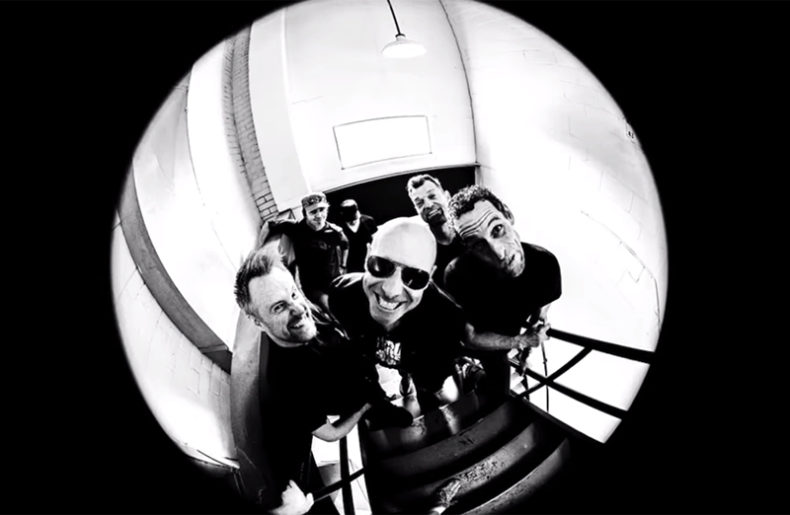 There are some bands that lose their touch after reuniting. They don’t have the edge that made them cool or the energy that set them apart from other performers. Luckily, Headstones aren’t one of those bands. To celebrate the release of their new album, Little Army, Headstones are back on the road, giving their shows all they’ve got.

Headstones has been a staple in Canadian rock since their first album in 1993, despite being formed in 1989. Their hard-rock and almost-punk anthems can always be found on rock radio stations, especially since reuniting in 2011 after their 2003 hiatus.

The first show was fairly short, which was understandable considering there would be a second one a mere three hours later. Nonetheless, it was well put together. The band played a mix of new hits and old classics, keeping the set-list fairly balanced. Just as the band didn’t hold anything back, neither did the audience. New songs such as “Devil’s On Fire” and “Sunlight Kills The Stars” were belted out just as loudly as “Cubically Contained”, “Tweeter and the Monkey Man”, and “Cemetery” – something that doesn’t happen for all bands. 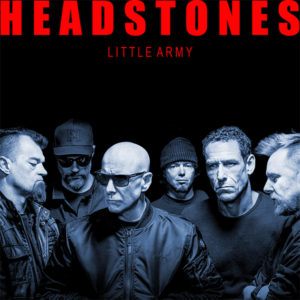 Talk to any Headstones fan in the crowd, and they’ll agree; every member of the band is a great showman. Their concerts are high-energy, passionate, and most importantly, entertaining. There’s a lot of jumping around the stage, interacting with the audience, and throwing used goods to fans (like the harmonica used during an earlier song). Sure, anyone who checks out their shows on YouTube can figure that out. However, hearing about it or watching those clips online doesn’t do any justice. In order to truly appreciate their performances, they should be experienced in person.

There’s something about having to hold the cord for Hugh Dillon’s mic over your head while he sings in the crowd, avoiding being spat on, or simply being in the presence of Dillon’s antics that makes the concert that much more exciting. Not knowing what he’ll do next is part of the fun, and his jokes and humour between songs always results in laughter. Take him singing to the crowd to get off their phones and imitating their expressions for example. Seeing a pixelated cup fly through the air and disappear in the crowd is different from feeling drops of leftover beer fall on your face as the solo cup goes flying out of Dillon’s hand and bounces off the head of the guy behind you.

There are some concerts that leave a lasting impression afterwards because of how much fun they were or how well the band performed that night. Headstones is one of those bands for both those reasons.

Music and writing have always been a big part of Sabrina's life. She would "borrow" her dad's rock and metal CDs from his collection and listen to them while going through the art books. Although she doesn't write angsty poetry anymore, she does have a Bachelor's Degree in Journalism which she uses to pursue a creative career path. When she's not writing, Sabrina can be found juggling a coffee cup and DSLR or Instagramming her food.
RELATED ARTICLES
cadence musicdevil's on fireHeadstones