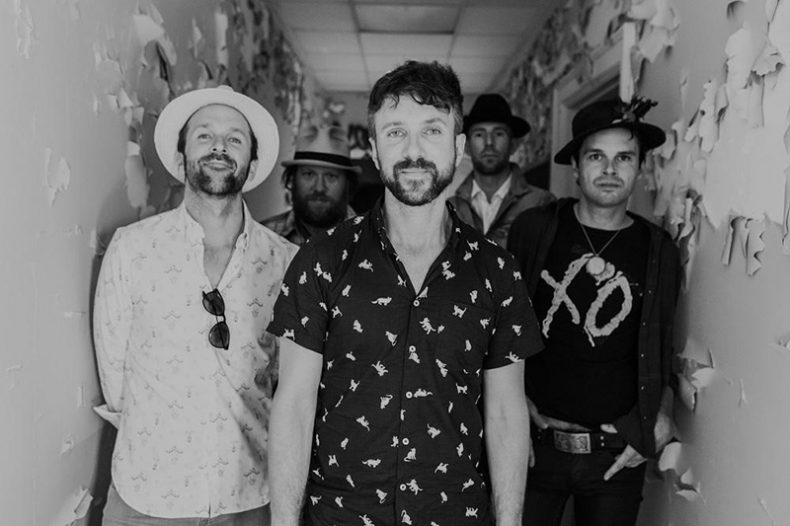 UPCOMING TOUR DATES INCLUDE KINGSTON PENITENTIARY ON SEPTEMBER 14 WITH HEADSTONES, MEMBERS OF THE TRAGICALLY HIP AND MORE

It’s been a year since The Trews released their critically acclaimed and JUNO nominated album Civilinaires. Today they give fans a special treat with brand new slick and catchy single, “Touch”. Listen/ watch the video below or HERE.

On the track, produced again by Derek Hoffman (Civilinaires), Colin MacDonald explains,  “We’ve written a lot of tunes in the past two years, here’s one of the latest from our very fruitful collaboration with the incredible Derek Hoffman. This is a conversation set to some catchy chords and a pretty melody. It’s about feeling disconnected and trying your best to reconnect.”

The Trews have had an incredible year since releasing Civilianaires. The album debuted at #1 on the Alternative Album Chart, was nominated for Rock Album of the Year at this year’s JUNOs, won Rock Group of The Year at Canadian Music Week’s Jim Bean Indie Awards, and most recently they performed the halftime show at the CFL Season Opener in Hamilton. Civilinaires is the band’s most fearless record yet with personal and political lyrics driven by a refreshing new sound for the band.

The Trews, have a jam packed touring schedule for the rest of the year, including a special performance in Kingston for “Rockin’ the Big House” at the Kingston Penitentiary alongside members of The Tragically Hip, Headstones and more. The band will also play Rock 95’s Birthday Bash in Barrie, Rocktober Fest in Kitchener and much more. See below for the full list of tour dates.