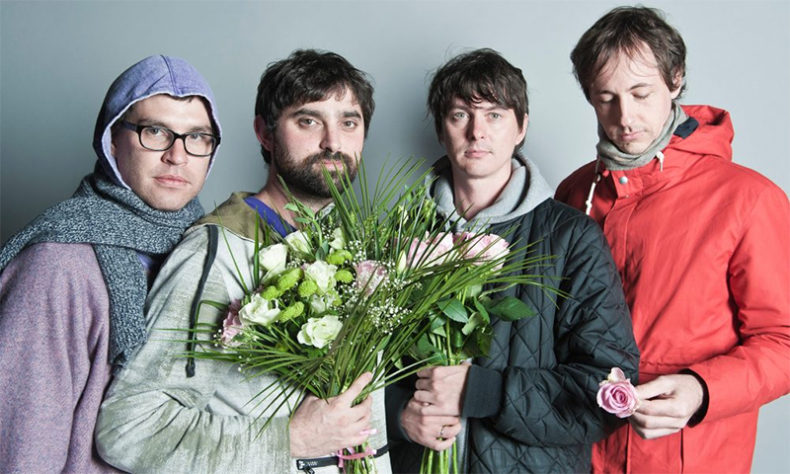 On Sunday February 12, in the basement of the Globe Theatre in Downtown Los Angeles, there was a Day-Glo hipster dance party taking place. Instead of the usually packed EDM shows that many LA venues and warehouses are now accustomed to — complete with heavy house, trance, dub, trap, and pop tendencies—this show was in a small yet trippy, intimate space with a more alternative crowd to match.

Thanks to opening DJs Daniel T. and Panamajack, of the Knitting Factory News-featured international dance and record collective Heat-Wave, the music was distinctly funkier and set the tone for the evening. The dancing got started after some light prodding from the DJs themselves, saying, “We’re just standing here, we’re not performing. So we want you to dance!” But this groove-able trend continued into Animal Collective’s set, which oscillated between sounding like wonky disco, glitchy psychedelic, and jazzy dance pop. While AC have not used all of these sounds in their own broad discography, their innate ability to blend seemingly disparate sounds and styles shined bright in this outing. 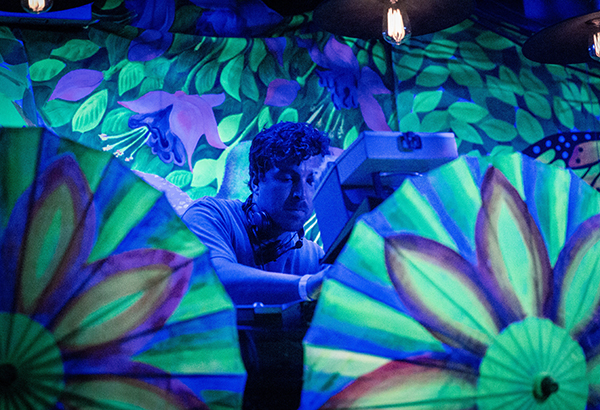 The show only featured two of AC’s four members, Avey Tare and Geologist. Geologist serves as the resident synth man; taking his stage name from the headlamp he wears to help him see the electronics at dark performances. (One of my first notes on this set was how unfortunate it was that he wasn’t wearing the lamp considering the blacklight-only lighting of the venue.) Avey is one of the main vocalists, best known for his shrieks and screams, but he often plays guitar, keyboard, and synth as well. A quick aside before diving into the music: Avey and Geologist seemed to be having a blast, both with each other and their fans. The tightness of the space meant that there was plenty of audience interaction, including conversations with those close enough to the DJ rig. Avey even ended up sharing the glass of white wine he had been refilling all night and then received a joint in return—don’t worry it was a 21 and over show, and technically smoking marijuana recreationally is legal in California now!

The hour and a half long performance started out mellow enough, with sweet vocals (punctuated by Avey’s ever-present penchant for screams) and wonky electronic sensibility, featuring strong beats. But they quickly transitioned to a funkier beat after the first song, utilizing some piano, bass, and [fellow AC member] Grizzly Bear-like usage of bells. This easily gave way to a couple disco tracks that really got people dancing. Most of the rest of the set was in this vein, occasionally deviating into light house tracks and a bit of loop-based trance. During the brief trance section, I was struck by how much it sounded like they were sampling Crash Bandicoot music and sound effects, specifically those from the underwater levels. It aided in the wonky, bubbly video game-like sounds that served as the beat during this portion. This style served as the bridge to a glitch-based track that transitioned to a cover/remix of the 80s dance-pop song “We Don’t Need Another Hero” by Tina Turner, with the simple use of a record scratch. Finally, the show came to a close, and came full funk circle, with a jazzy piano-based song that ended before the audience seemed ready to go home. 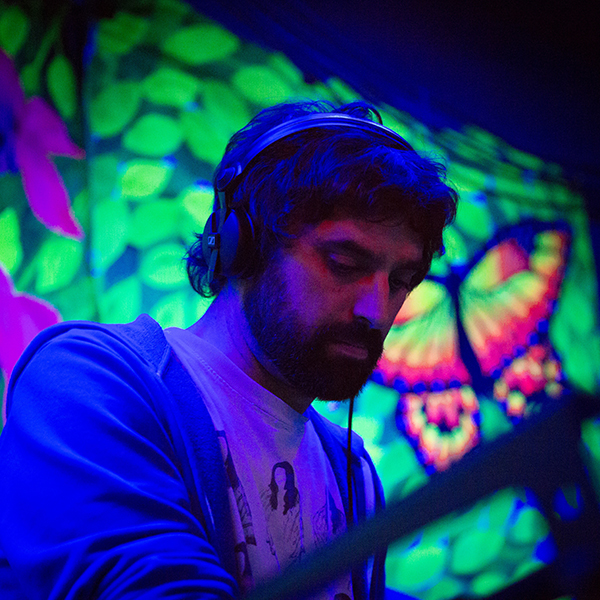 Only two tracks seemed recognizable from the AC style canon, borrowing more heavily from Avey’s work. One song specifically sounded like his band Avey Tare’s Slasher Flicks; the song had a haunting quality to it, with whispery vocals and unsteady beats. I could best describe it as dark-wave dance music. Most exciting, however, was that they debuted AC’s new single “Kinda Bonkers” the night before its official release. This track is from their freshly released EP The Painters, which is clearly a stylistic and ideological continuation from their previous LP Painting With. At this point, before the track debuted, I made note that this song sounded like the freak-psychedelia of earlier AC (a la Strawberry Jam and Water Curses) and Avey Tare’s debut solo effort Down There.

Some of the audience stood around for a bit after the show ended, mingling with the band and other showgoers seemingly unable to fully let go of the vibe from the night. For AC fans it was an exciting opportunity to see them doing something sonically different, for the umpteenth time because if Animal Collective is known for anything it is their proclivity for experimentation and change. And getting to see a danceable, not-meandering, and beat-driven performance from them is exciting simply for its unexpected and unique existence.

The Spill Magazine is a Toronto-based online publication dedicated to covering the independent music scene with a strong focus on our thriving hometown talent. Our writers bring you up-to-date news, in-depth features on musicians and reviews for the latest CD releases. We also travel to the front lines for all local festivals including Canadian Music Week and North by Northeast. Don’t forget to check out our Facebook and Twitter pages for all daily Spill updates.
RELATED ARTICLES
animal collectiveavey tarelive review

by SPILL NEW MUSIC on June 6, 2022
RUSTY SANTOS – “DREAM IN STEREO” A SPILL EXCLUSIVE VIDEO PREMIERE Self-recorded/produced and mastered by Mike Bozzi, “Dream in Stereo” is lifted from [...]
9.0