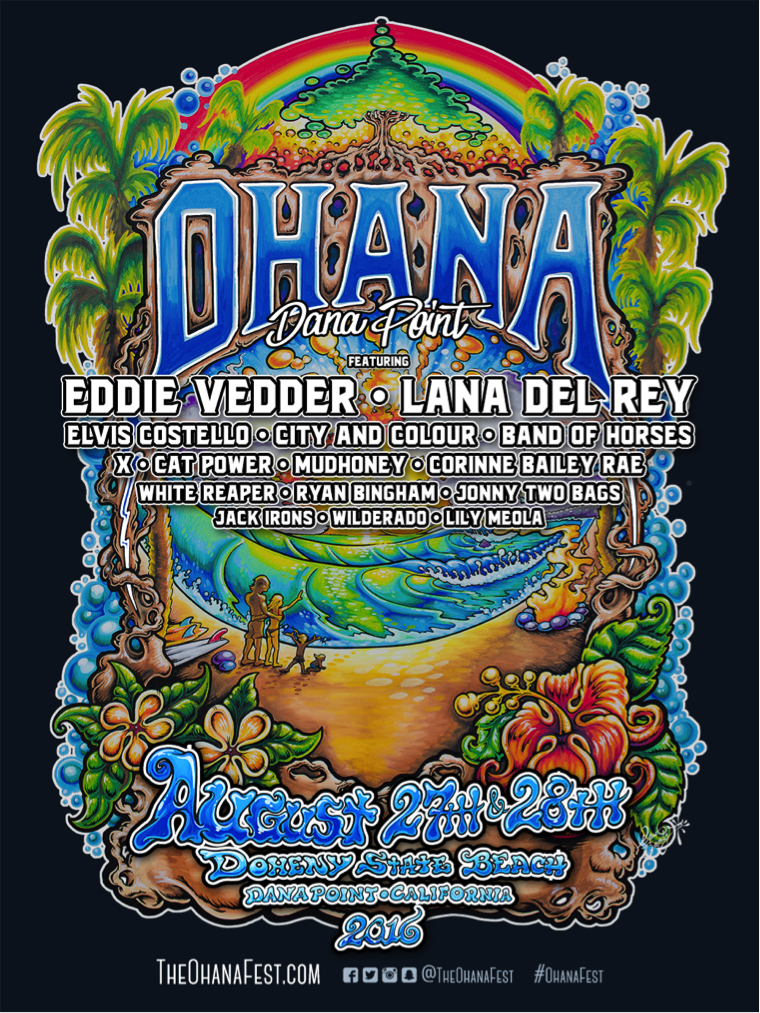 Ohana will donate a portion of proceeds to the San Onofre Parks Foundation, a California non-profit that cooperatively works with the California State Parks to preserve California’s coastal parks.

Festival general admission allows for free roaming of Doheny State Beach, right off the shore of the Pacific Ocean. Craft beer, wine, and signature cocktails, as well as artisan food options from local restaurants and food trucks will be available all day long.

The current lineup for Ohana is as follows:

SPILL NEWS strives to keep our readers up to date with news and events in the music industry. We keep you informed of the most recent information regarding new releases, tour dates, and information items about your favourite artists.
RELATED ARTICLES
band of horsescat powereddie vedder
9.0

by Dan Kennard on March 4, 2022
Band Of Horses Things Are Great BMG A lot of people know the feeling: a band or artist you’ve been following for a while has announced a new project—coming soon!—and you’re filled with excitement and anticipation, hoping that they still have the [...]

by SPILL NEW MUSIC on December 14, 2021
BAND OF HORSES ANNOUNCE NEW ALBUM RELEASE DATE | THINGS ARE GREAT NOW OUT MARCH 4 BMG Band of Horses announce that they will be shifting the 2022 release date for their forthcoming album, Things Are Great, to March 4 via BMG. Band founder Ben [...]

by SPILL NEW MUSIC on November 30, 2021
BAND OF HORSES SHARE NEW SONG “IN NEED OF REPAIR” | NEW ALBUM THINGS ARE GREAT OUT JANUARY 21 BMG Band of Horses have shared “In Need of Repair”, the latest song to be revealed from their forthcoming album. “In Need of Repair” showcases band [...]

by SPILL NEW MUSIC on October 19, 2021
BAND OF HORSES ANNOUNCE NEW ALBUM THINGS ARE GREAT OUT JANUARY 21 | LISTEN TO NEW SONG “CRUTCH” NOW BMG Band of Horses are announcing their sixth studio album and their first record in more than five years, Things Are Great which [...]
8.0