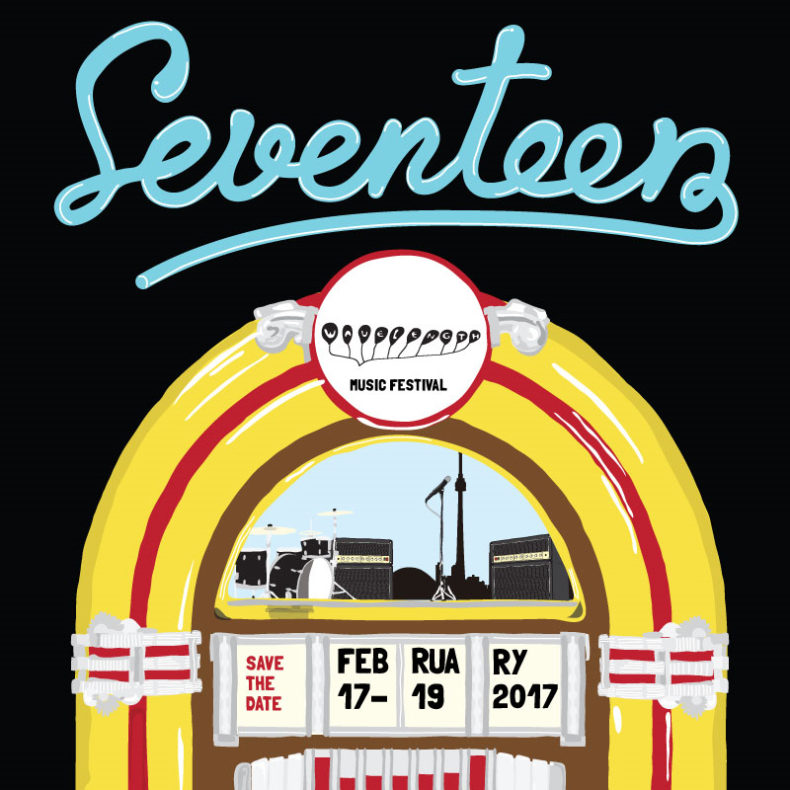 On the night of February 17th, Wavelength started off the 17th iteration of its annual festival at the Garrison in Toronto. The Wavelength Festival is one of many events hosted by Wavelength Music – a non-profit arts organization that supports independent music and the arts scenes. Its past shows a strong dedication to being a forum and incubator for musical talent that has grown out of Toronto. To start off the 3-day-long festival, the event featured a roster of Chandra, Vallens, DIANA, and TOPS — all bands except TOPS are from Toronto. The night featured a unique blend of angry, anthemic, and dreamy music that all had an undercurrent of somberness. 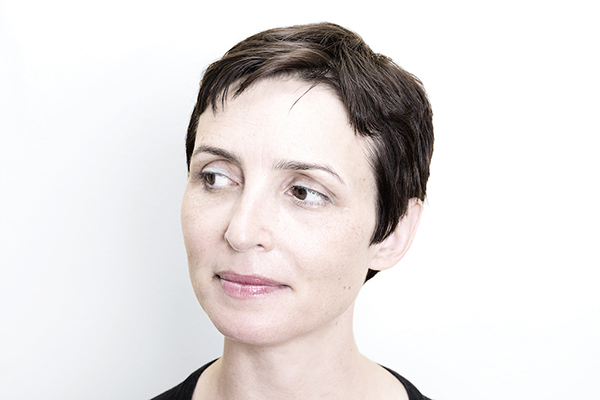 Chandra started off the night with a black adorned, 6-piece band playing post-punk tunes. Moments after I came into the venue, the former cult-hero was stoically singing “don’t let your feelings overtake you” as her ensemble echoed her mood. A large crowd had already gathered in the space, with a long line-up waiting outside.

In light of the festival, the interior of the Garrison had been reimagined by artists General Chaos Visuals, Roxanne Ignatius, Mike Pereira, and Karl Skene – a common accompaniment with Wavelength events. Tulle fabric and silver pom-poms framed the stage, large white circular screens hovered over the audience along with neon fluorescent tubes. The white circles and ad-hoc screens set up behind and to the side of the stage served as canvases for other worldly projections: white wavy lines endlessly streaming down, pink and purple glitched faces bobbing along with the music, and multi-colour blobs vibrating to the beats. These installations proposed that this was a psychedelic environment and contextualized the stage as a beacon amidst a swamp of alien apparitions. 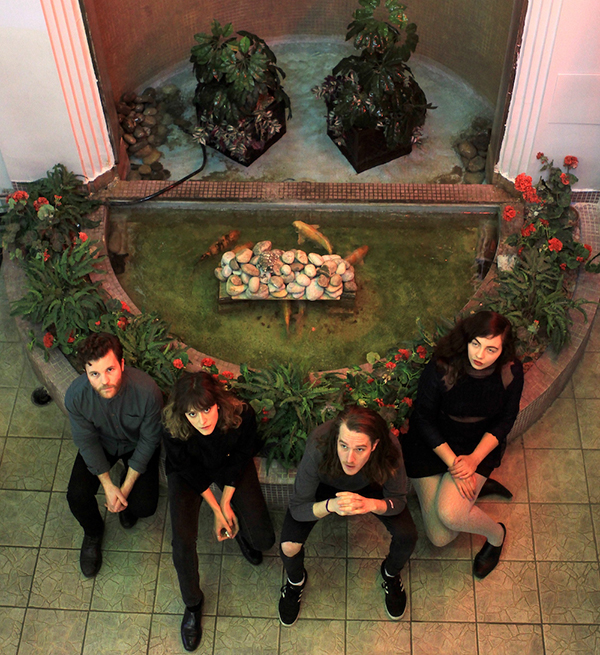 After Chandra, Vallens lifted up the white fabric separation to step out onto the stage and (without hesitation) launched into their darkwave set with fuzzy guitar, melancholic vocals, and echoing synth. While singing, guitarist and vocalist Robyn Phillips gazed indifferently at the audience while idling on drawn out sullen lyrics. In between verses, Phillips paced up and down the stage while unleashing dissonant guitar melodies that alternated between staccato and elongated notes, ending almost every song with a feedback fadeout. In this manner, each song effectively built up anxiety through the restless, dissonance energy, and resolved this anxiety by immersing into the soothing vocals and dreamy synth. The audience matched the performance with an equally sullen reaction. However, the set ended with a final explosive guitar solo that was met with the jazz hands of an enthusiastic listener. 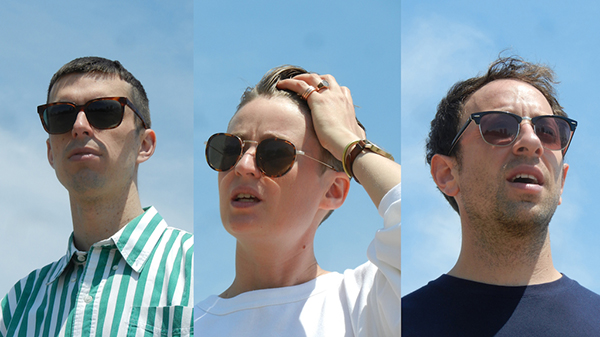 At this point in the night, the crowd was either listless or depressed from the sulky indifference of the first two bands. However, the crowd reacted with full spirit when DIANA took to the stage, cheering on singer Carmen Elle in between verses. The seven-piece band delivered their anthemic songs via a full sound with keyboards, bass, drums, two back-up singers, saxophone, guitar, and vocals. For the entire performance, Elle was in full control of the energy created by this large ensemble. Lyrics about dedication were sung while looking deeply into the eyes of the audience, songs about anguish were performed with a head buried in hands – Elle looking agonized beneath her droopy eyes. The back-up singers Gary Beals and Ivy Mairi added to this energy with enthusiasm expressed by dancing at every moment, and Elle was quick to respect the passion they brought to the show. After a spirited applause that came after Beals’ solo, Elle remarked that, “90% of that applause was for you [Beals].” Although there was barely any room, the crowd danced along with the back-up singers to the sad but triumphant songs. Before they even started their last song, an audience member called for an encore to which Elle responded, “we don’t know anymore songs, but thank you.” There was a noticeable difference in the atmosphere after their set: strangers began to strike up conversations with each other, and chairs had been pushed aside to make room for dancing. 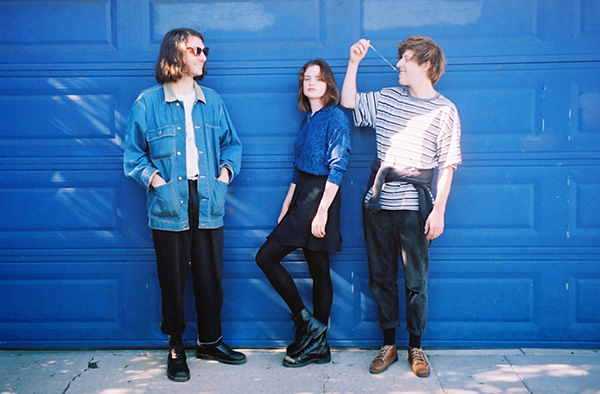 The closeness that DIANA developed amongst the crowd was transformed into tenderness as upcoming indie pop act TOPS came on to perform. Singer, keyboardist, and sometimes guitarist Jane Penny alternated between saccharine, seductive, and blissful lyrics; her expression ranging from squinting out to the back of the venue or leaning her head back to revel into the hypnotizing rhythms. This emotion was saved from being overly dramatic by guitarist David Carriere’s whimsical stage presence. He walked his shoe-gaze guitar solos with ease as he shuffled side to side, sporting an orange-haired bob with bangs and a sweater tied around his waist. At one point in the night a girl from the audience yelled, “you’re beautiful, brother” to which he replied “thanks” in a modest British accent. Looking out over the rest of the crowd, you could see couples making out, others hugging, and most swaying gently as the band caressed us into a daze. Nearing the end the night, TOPS covered “Brass in Pocket” by the Pretenders as their encore song, which groovy-chic aesthetic was perfect to set the tone as lovers made their way out of the dimly lit Garrison onto the midnight spectacle of Ossington Street.

Raised among downtown Vancouver’s thriving underground indie music scene, Josie moved to Toronto to study architecture and to check out the self-titled “music city.” She is now on the hunt to find the intersection of music and the built environment, and thrives on exciting collaborations with creative individuals.
RELATED ARTICLES
festivallive reviewtops