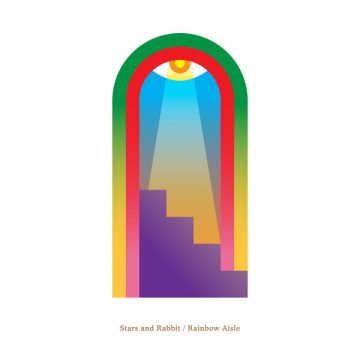 There are usually two trends with artists originating and working in those parts of the world that are not considered centers of modern music. They often walk (or play) in the footsteps of their favorite ‘centrally located’ artists or they simply go on a trajectory of their own.

But what about some sort of middle ground? Having influences but mixing them up with complete abandon without sticking to the ‘set rules’ of any specific genre? That is where Indonesian duo Stars and Rabbit and their latest album Rainbow Aisle come in.

Comprised of singer Elda and, and Indonesian music scene veteran Didit, Stars and Rabbit don’t care whether The Carpenters, Little Dragon, and jazz chops are not supposed to go together. If it sounds good, like on “Any Day in The Park,” or anywhere else on this album, they’ll throw it in, just as long as it sounds good to them.

It should sound good to the ears of listeners too. Stars and Rabbit have been around for almost 10 years now, and they have obviously mastered the art of picking the right notes and placing them together in a manner that simply sounds natural, no matter what genre they are supposed to fit into.