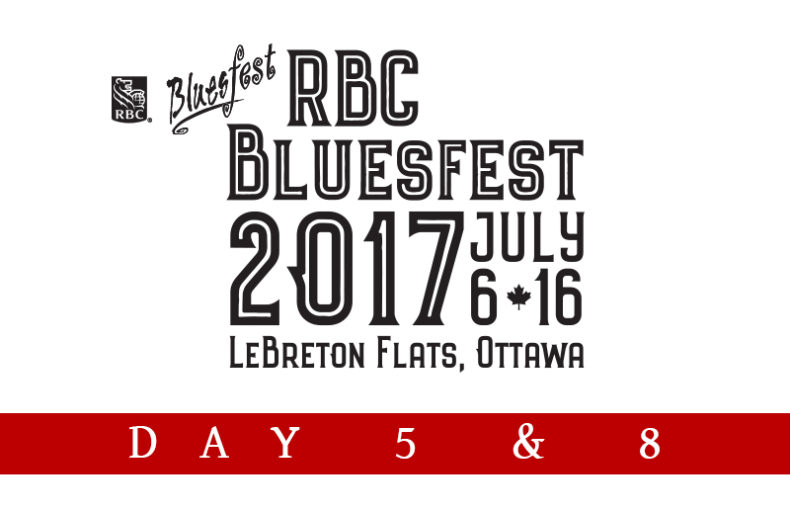 After all of the barricade rushing, fights, young girls passing out and having to be carried away by paramedics, the remainder of Bluesfest 2017 was a bit more reminiscent of how the festival is remembered from the past five years.

Day 5 at Ottawa’s RBC Bluesfest took it back a notch as far as the chaos and injuries, although the same thing sure can’t be said about the performances. While they were very oddly arranged on this particular day, with no genre fluidity whatsoever, the sets were not affected by that in the slightest. 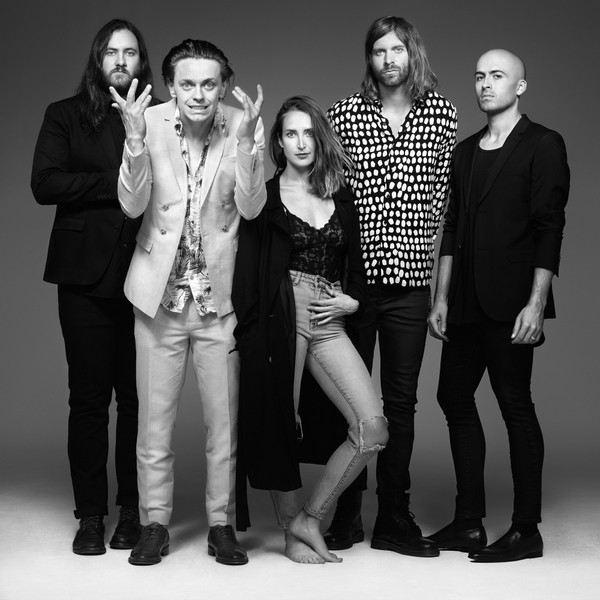 Kicking off night 5 at the Claridge Homes stage, July Talk took the crowd by storm, as usual. Their theatrics, unbelievable chemistry, and sheer musical talent can’t be mistaken for anything short of being absolutely in love with what they’re doing. Being natives of Toronto, Ontario, Ottawa is a special place for them to visit and they let us know that every time they come out, enthusiastically, never failing to impress everyone present. They played their second show ever at Zaphod’s in the heart of the market, so while they’ve become too big a band for that venue, it would not be a surprise if they made a point to stop in after their Ottawa shows and they never fail to give the bar a shout out during their set.

Peter Dreimanis has a voice comparable to a young Tom Waits and seemingly belts it out totally effortlessly, which is fortunate for the fans, because all of his remaining energy goes towards his electric stage presence. They’ve always got a quite simplistic but stylish wardrobe, but 20 minutes into the show, Dreimanis’s shirt is usually soaked through. Leah Fay is so light on her feet and evidently in tune with the music that you’re treated to a night of wicked tunes, with not a dull moment on stage. To note the chemistry between the two of them would be an understatement in any way it’s put and it’s what everyone is talking about when July Talk comes up anyways. Having run through their hits (“Push and Pull”, “The Garden”, “Paper Girl”, “Summer Dress”), a few of the lesser known songs, and a special shout out to a fan who was at his 75th, yes, 75th July Talk show, up-keeping their reputation for a phenomenal live performance isn’t a worry they’ve had to even consider. “We’ve got a guy,” Dreimanis said before Fay descended from the stage to pour a shot of Jameson’s whiskey into the the fan’s mouth. 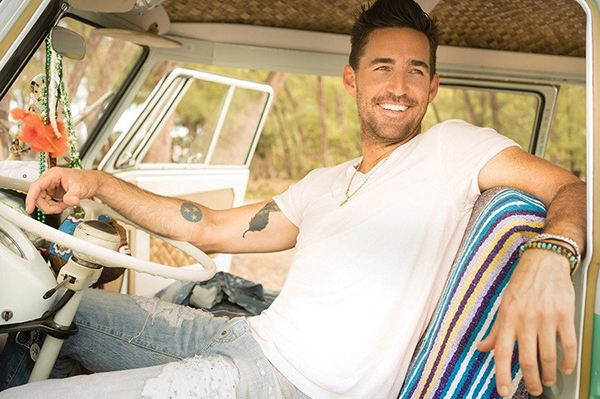 There was a surprising amount of shout outs to Fetty Wap, following his set. First July Talk and then Jake Owen, both gave credit to the rapper during their performances.

Playing half of their first song from behind a translucent pink flamingo backdrop, Jake Owen and his band put on a heartfelt, true country show. A full horn section isn’t something that you expect to see at a country show, but they had it all, including a funky guitar keyboardist who also played the harmonica. This show was definitely a treat for the country fans, who ended up getting more shows this year than in previous years, where country hasn’t been much of a presence at the fest.

It seems that playing covers has become very common in the country music scene, not even limited by genre. Although, a cover is one thing, but the guy standing outside of the fest selling Florida Georgia Line t-shirts after a Jake Owen show definitely gave people a good laugh. When a band can even get the security team into the show, they’ve accomplished more than they even came out expecting to. Coming down to give love to the crowd, Owen held a few hands, gave some high fives, and got the security guards putting their hands up for high fives as well. Even aside from his Bluesfest shout outs, fun demeanour and stage presence, you could tell he was really happy to be in Ottawa pretty easily from the ear to ear smile he wore for the whole night.

On day 8, fans thought to themselves, this is one of the only nights it’s been absolutely beautiful and the rain has held off so we can dance in dry clothes! Sadly, the rain may have held off for the majority of the day, but it came down in full force right as the main acts were coming to the stages.

With more of a rock theme at the main stages, the Glorious Sons were a great fit to open up for the Headstones on the Claridge Homes stage. Brett Emmons was right at home on an outdoor stage, playing barefoot as usual, feet black as night.

They’ve blown up something fierce and their new album is most likely going to project that fame even further. When they played their hit, “Mama”, they had the whole crowd singing along word for word. The emotion is evident on stage, Emmons’ eyes being closed for most of the show, with his long hair covering his face, you could tell how into the music every member of the band was. Their chemistry was also apparent, moving around the stage a lot, but always ending up side by side sharing microphones or playing their instruments face to face. Their show was one of the more tame ones, they even had staff members parked in golf carts at the side of the crowd watching the show.

The Headstones hitting the main stage was highly anticipated and the fans definitely got their money’s worth. Also playing a lead role on TV’s Flashpoint, Hugh Dillon sure has a performer’s spirit. After telling the crowd what great taste they have in rock n’ roll, he was still left surprised when the crowd was belting out the words to a lesser known song. “You motherfuckers have amazing taste. That song isn’t even on the radio.” 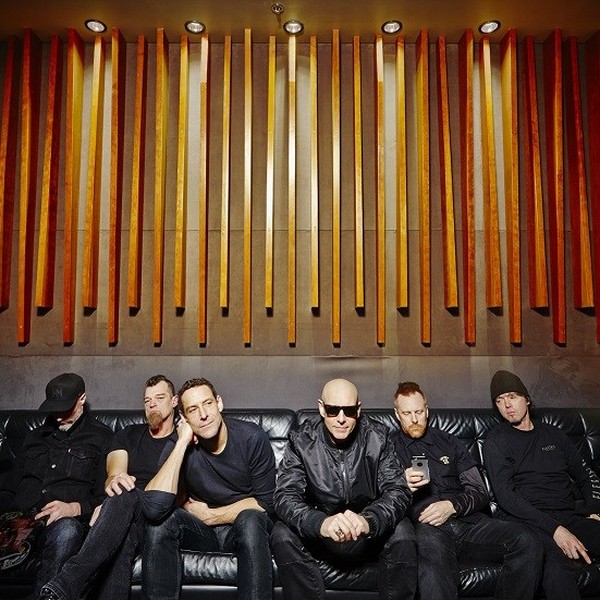 Most acts descend from the stage to give the front row some love, but Dillon went above and beyond in that department. Not only descending to give an up close show to the front row, he went all the way up and down the middle row, then climbed over the barricades and got right in there with the crowd. The ironic thing about this year is that it shed some light on the fact that rock music isn’t the devil everyone once thought it was. The Headstones may have had the whole crowd chanting “fuck you,” but there were no riots or fights, unlike on other nights with no rock music on the main stages. That was about as much of a highlight as when he told the camera man that his camera looked like it was taking a toll on his shoulder and took it for a tour himself. While facing it to the crowd he said, “this is probably one of the best festivals in the world, it’s such an honour to be here. Thank each and every one of you for coming out.” Having started their careers here in Ottawa, the crowd got a few stories of their earlier days playing at Zaphod’s and Barrymore’s, and found out that Dillon used to have a place right up the street from the festival on Gladstone. 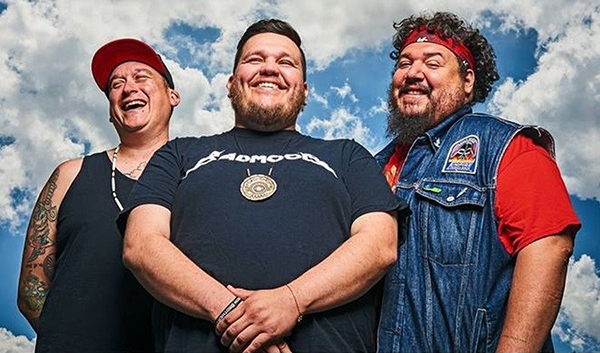 The Bluesville tent was the place to be at the end of the night, as right when the crowd filed in for A Tribe Called Red, the lightning hit and the rain came soon after. Having waited for 25 minutes to see if the lightning would stop, the crowd was surprisingly patient for being left in the dark about what was happening and why they were waiting. With Live not waiting for the lightning to pass, resulting in the microphone getting struck by lightning, A Tribe Called Red were assured that they made the right choice in waiting.

Presumably due to lack of stage space, there was a lot less of a visual show than fans expect when they come out to a Tribe show, but that didn’t stop the fans from dancing themselves. When the rain got heavy, people started flooding into the tent and it was hard to tell who was there because they love Tribe and who was in search of shelter. What a great little stage the Bluesville tent is though, even including bleachers for people to sit in and relax while they take a breather from the crowds for a bit. This also allows for a much better view of the stage from a distance, being elevated. Having a similar set up, with bleachers back to back between the Claridge Homes and City stages would be a pretty cool addition to future Bluesfests.

Music makes the worst situations bearable and the best situations even better. I'm just here to share the inside scoop and anything you may have missed, while I establish my own voice in the industry.Born and raised in Ottawa, I never go anywhere without a set of headphones. Live music has been my vice for as long as I can remember and sharing stage side stories is a major bonus.
RELATED ARTICLES
2017 rbc ottawa bluesfesta tribe called redfestival