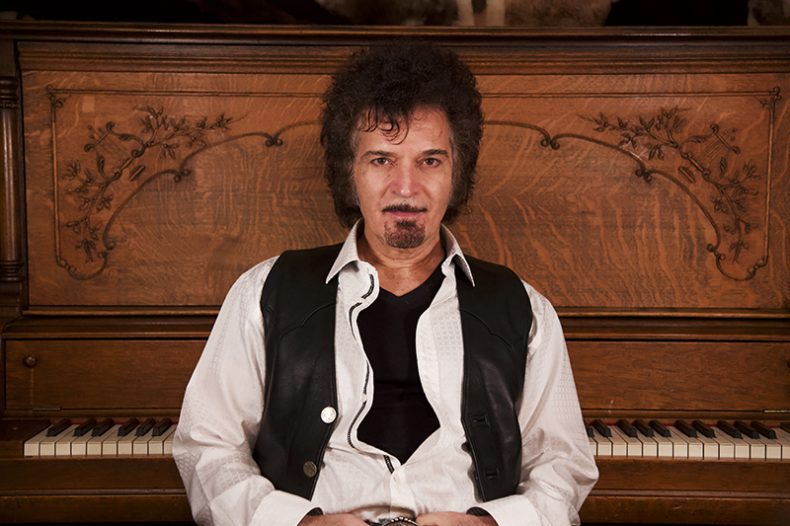 A CONVERSATION WITH GINO VANNELLI

Canadian rock singer and songwriter Gino Vannelli is an icon. Since his debut album in 1973, Crazy Life, Vannelli has produced, written and recorded some of the most thought-provoking and original albums of the last four decades. Vannelli has not only been ahead of the curve but has also paved the road that others have travelled since. He has sold millions of records, won several Juno Awards, been nominated for Grammys, and even performed for the pope at his request. Not bad for a guy born in Montreal who originally aspired to be a drummer!

His earliest musical influences were not those that one would think of as typical inspirations of pop stars of the ‘70s. A young Gino was exposed to the big names of that era by his father, who was involved with Montreal dance/cabaret bands.

“I witnessed some of the great artists, including Gene Krupa, Buddy Rich, Stan Kenton, Duke Ellington, and Ella Fitzgerald,” says Vannelli. Seeing them live in small clubs, just performing their hearts out with such incredible skill. It is such a high watermark that when you decide ‘I want to do that, too’, you realize how high you’ve got to climb to get there. In the moment you crave that peak, wherever that peak is, you do become obsessed to do it over and over again.”

Recently, Vannelli has released his 20th album. Wilderness Road finds him continuing the path he started in 1973, still not allowing himself to be pigeonholed into one genre, and is an album that takes the listener through many sounds and visions. Quite a remarkable achievement after 20 albums!

“One could say, he has nothing to say after a while,” Vannelli remarks during our recent conversation.

The question becomes, how does one maintain originality and creativity over the years? 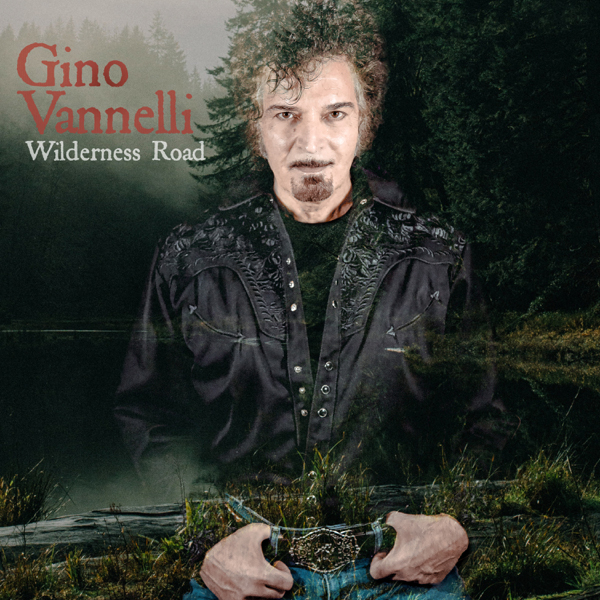 “Throughout the decades, the inclinations were different,” asserts Vannelli. “In the ‘70s, I just had a bunch of pent-up thoughts that just had to get out. In the ‘80s, I learned how to write tangential things, you have powers of perception, imagination and extrapolation to create stories like ‘Black Cars’. By the ‘90s, I got into more of a metaphysical quagmire. I had some questions that I really wanted to answer, so I pursued the religions of the world, theology, and humanities. I actually went back to college and studied minority literature again, and it somehow reflected in song, especially on Yonder Tree. By the 2000s, I really wanted to explore other languages. That’s why I recorded Canto. I wanted to sing in other languages, divulge how I view things in those languages. French, Spanish, Italian, which really brought us up to today, when I thought I would not record another album unless I had something to say. Lo and behold, in the last five years, matters just came up. All I had to do was shut the hell up, watch and listen and creativity was going on around me every second of the day. All I did in the last four or five years was stop, look, and listen.”

Although Vannelli makes it sound simple, it is far from that. Wilderness Road is an album that was a few years in the making.

“The last studio record was Good Thing, written in the Netherlands, recorded in 2009,” according to Vannelli. “I had been longing since 2012 to record an album, because I have been compiling song after song. Someone had given me an acoustic guitar, and I was playing in the living room every day and I ended up with 30, 35 songs. About three or four years ago I figured ‘I have to put these songs down’ and I started recording. And Wilderness Road was born.”

For Vannelli, Wilderness Road is a personal album in many respects.

“I wanted to make an album for myself so people would share my thoughts and musical views,” he says. “There is something freeing about the incredible change in the music industry. You know 20 or 30 years ago, most artists felt very beholden to the record company and their whims and what they thought and what you should record and not record. Not that the artist is entirely innocent, as most artists gladly accepted huge advances, which put them on the hook. But in my case, I am much happier not being beholden to one record company for the content of the album. From the get-go, it was ‘you are either going to like this direction, or you are not. If not, that is fine, just say so and I will find another way to get it to people.’ ”

Vannelli is quite philosophical about art and commerce.

“When an artist is doing what he should be doing and is on track, somehow the material will escape and make its way to the public, much like water flows downstream,” he claims.

But as usual, Vannelli does not always play by the rules. The new album is not your standard light fare. Sure, there are love songs, but the album as a whole is much more than that. It is his inner journey and, by extension, an exploration of the bigger questions of life. 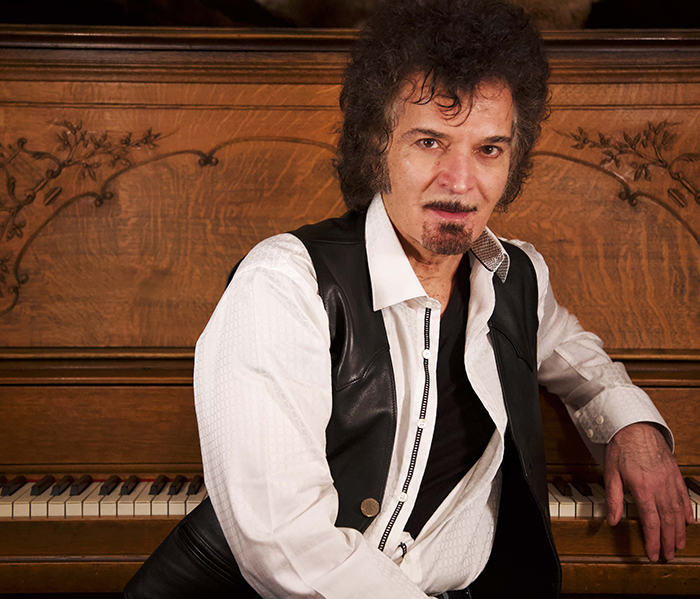 “There is something about Wilderness Road that has this tactile reality to it, a narrative, observations on life, people and the difficulty of life that people go through and come through it,” says Vannelli. “I have things in mind, like ‘The Woman Upstairs’, which is an absolutely true story. The story of little Adam Walsh who was kidnapped and killed at five years old. The killer wasn’t identified until thirty years later when he died after a completely unrelated crime. The existential question becomes ‘are people responsible for the crimes they commit in this world and whatever world lies hereafter?’ That’s the question of mankind. Philosophers, people in general have wrestled with it, consciously or unconsciously, and I came to the conclusion that it is not specifically the crime that a man gets his just deserts for, it is really his nature that has lead him to that destiny.”

“There’s academia, there is a spiritual aspect, skill, poetical aspect but more importantly or just as importantly, there is this invisible spiritual aspect to wanting to do it,” opines Vannelli. “To have the desire to do it, and ‘how do I get myself to that peak point?’ No matter what, there’s always a little bit of a manic drive and you find yourself getting high on songs, getting high on sound, getting high on your own voice. There is this kind of an addiction that happens, perhaps a secret obsession, that when you are not feeling that high singing a song that you have just written, so that secret obsession has always been there.

In the beginning, you carry your ideas from your childhood. You become corrupted by your own fame and fantasies. I tried very hard not to be corrupted by fame or failure. I tried not to get full of my own success. If you can keep your ship parallel to the waters, you can navigate through life and remain an artist. You are the one looking for deeper insights.”

Vanelli’s objectives for Wilderness Road are quite simple. He hopes the album is accepted and perhaps has an impact.

“I’d like for people to enjoy the record because you can always read philosophy or poetry,” according to Vanelli. “But if you don’t enjoy, it you won’t keep up with it. I hope they glean something from it. I hope they, on some level, understand that even when you get into your later years in life, it doesn’t stop. Don’t give up on life. You can continue to grow. You can be like a chrysanthemum that blooms in November. You are the one who tells life I’ve had enough.”

In the end, Vanelli has great love and respect for his audience.

“You have to build respect and trust with your audience. Don’t try to be all things to all people. If you do, you will be not much to any,” he advises.

Born and raised in Whitby, Aaron discovered music through his love of The Beatles. This led to a career in radio, writing for various publications, and ultimately a radio show about The Beatles (Beatles Universe), which ran for over four years. When not immersed in music, Aaron enjoys spending time with the loves of his life -- his wife Andrea, and daughters Emily and Linda (all of whom have an intense love of music too).
RELATED ARTICLES
featuresgimme back my lifegino vannelli