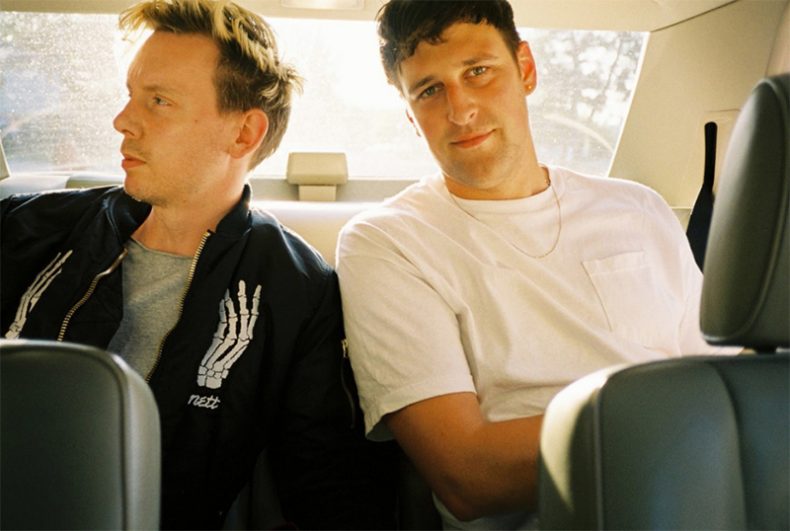 A CONVERSATION WITH ROBBIE SLADE OF HUMANS

Canadian indie-electronic duo HUMANS – Peter Ricq and Robbie Slade – released their album Going Late on November 16, 2018. They have garnered support across the board from music critics and publications for both Going Late and their dominance of the live scene. Slade was willing to open up about his songwriting process for the album, what it’s like being a cool dad, and partying advice… so you can go late!

The talented Vancouver locals find inspiration through the creativity in their professional paths, which has helped carve the way for the HUMANS soundscape. “I work for an architecture firm, and one part that I really enjoy is that I get to do a lot of writing when I get home from work,” Slade says. “I do a lot of creative planning on a larger scale. It’s very complex what we do, so when you sit down and do something as simple as songwriting, working in the field that I work in helps you if you’re writing a song.”

“There are parts at the beginning that are maybe a little bit dissonant,” he explains, “but then there’s a point in the song where it all comes together that, in a way, is as complex as putting together some business plans. When you do it in songwriting, you see stages of the song come together and you start takings notes of that journey. I’ve noticed that this has seeped in from work. We have a synth line or melodic element that doesn’t make any sense on its own, but when we bring in the beat, it all just kinda comes together to make more abstract stuff.”

This comes together to create the abstract soundscape that HUMANS fans expect on Going Late, and the playful vibe comes right from the songwriting practice. Slade describes his method to finding the abstract beats that make up their music: “I find those weird sounds by tinkering on the synth, teaching myself new methods of working in the programs, or working on the machines. I find something so cool, but I’m like ‘I can never use this!’ Sometimes though you just add a kick and you’re like, ‘Holy fuck this all works now!’”

“I think that adding in a beat can turn something unlistenable into something that makes you able to dance,” he continues, “and then you bring in a vocal sample and it all comes together. I think having an abstract starting point is what makes me intrigued with songwriting and then everything else just brings me back down to earth.”

Sonically, HUMANS have created a soundscape that is unlike anything else in the Canadian indie-electronic scene. “Most of the bands we’ve recorded with, or just hung out with, they’re not really like us,” admits Slade. “It hasn’t really been the electro scene that’s influenced us… it’s been the other bands we’ve been exposed to through touring, or collaborated with, like Double Dragon and this band called No Gold. They went on to start a record label called Mood Hype and just like hanging out and sharing influences with those bands. No Gold sounds like Talking Heads… they’re not really indie-electro at all but they still influence us a lot and they’re really good.”

“I think that with Pete and I, by necessity with just the two of us, there’s a constant DIY aspect to our sound because it’s just us,” explains Slade. “There are fewer people to fight with, there’s less attached to a certain sound, less political nature with what we do… we just enjoy making music together. The other thing is the type of gear we use, we use classically shitty gear… [that has] kind of come back in vogue so there’s partly a sample-based sound to our music.”

HUMANS have many musical influences that have mixed together to create their final sound: From Fleetwood Mac to Young Fathers to Suns of Arqa, of which Slade is a big fan. “This new-age band called Suns of Arqa, they’ve always been an influence,” says Slade. “They’re super cool, they have super groovy basslines and for the most part, it’s super hippy-sounding yoga music. They have been going since the ‘80s, I don’t even know if they still have the same members, they’re more of like a collective. I don’t know much about them, but they have this really cool Indian zen sound that is just so sick. I’ve never released anything like that, but I’ve played around with that sound.”

Slade says if he could choose anyone to work with, it would be Theo Parrish. He is a fan of “his weird meandering kind of approach to making music.” He also mentions Floating Points: “I think that Sam Shepherd and his ability to play the keys is just spectacular. I love his music so much. I always listen to it!” 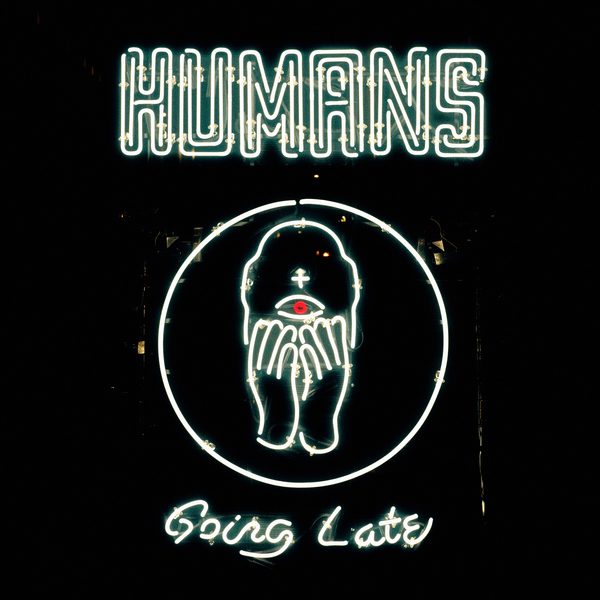 Not only is Slade a fan but his daughter seems to be too: “She’s only four months, but [babies] react so much to stimuli… we’ve been listening to Floating Points and I can tell she’s intrigued.” She has yet to hear her dad’s music, but that hasn’t stopped Slade thinking about the day that she will first hear it.

“Early HUMANS stuff is actually pretty punk. We made it all ourselves on a shoestring budget, and we made the CD cover that we spray painted out on the pavement. We did it all ourselves, super DIY, and I hold onto this daydream that someday my daughter will come home and be like, ‘There’s this cool kid in a leather jacket who was like, ‘Your dad’s in HUMANS right? They are super sick.’ It’ll be this kid in a leather jacket, with leather shoes and a cool haircut, smoking weed out of an apple core y’know? She’ll realise I’m the coolest dad ever.”

HUMANS are already a pretty big deal when it comes to the festival scene, playing Mad Decent Block Party and Coachella. “A lot of the time bookers are so cool with doing live stuff, so Mad Decent Block Party was a lot of kids on ecstasy who didn’t give a shit what we were playing live, they just wanted to get a girl up on their shoulders and party. When we played at Coachella, the sound was so good and the crowd was bonkers, so that was a really good live experience that really paid off for us. Same with Corona Capital Festival in Mexico City. That was probably the largest crowd we ever played for – probably about 10,000 people!”

“[It’s] so long that people go crazy when it kicks into the electronic part at the end. In the studio… the demo we had was all over the place. It was a mess but the reason the song is so long is that it kinda took us a while to make sense of it in our heads, but we didn’t feel any need to leave anything on the cutting room floor. The same happened with our release “Water Water…” our intro synth line is kind of a mess but when you add in the bassline it all kinda makes sense. So instead of having this refined three-minute song, it’s just fun for us.”

The track “Going Late” is just over 10 minutes long and swings between minimalist beats and reggae-infused guitar melodies. “We always try to do this, have a little light and dark, so it’s dark but there’s a little bit of hope in there,” explains Slade. “That’s kinda what we want people to think about our sound, that is what we’re going for.”

Slade credits the 1970s film aesthetic for the “Going Late” video to his bandmate: “It was all Peter. He’s really talented and had a really strong vision going into it. It was also kind of the time where we finally had the budget to achieve that, so we’d probably have liked to have applied that to all of the videos,” he laughs. “It’s just about staying out later than you should, going to places that you probably shouldn’t, but you’re having fun.”

If “Going Late” is about partying hard, are early mornings the next step for HUMANS? Slade thinks it’s much cooler than that. “I think we’re heading into more of an evening soiree… gotta put the baby to sleep,” he jokes. One of his friends has older kids and makes it work: “He puts the kids to bed, sleeps until midnight, and then goes out till like seven am so he can sleep for a couple of hours before the kids get up. But that’s the most hardcore partying you can do because you pretty much have to do it all sober.”

Some parting advice from Slade about partying like a HUMAN: “If partying is a bike, the more bells and whistles that you have, and breaks… you know you can have fun faster. But if you’re really hardcore, you have a six-geared bike with no breaks and you just keep it simple… you’re partying at the purest level because you’re having fun enjoying yourself, listening to music, maybe smoking some weed, and then you hop right off the bike!”

The Spill Magazine is a Toronto-based online publication dedicated to covering the independent music scene with a strong focus on our thriving hometown talent. Our writers bring you up-to-date news, in-depth features on musicians and reviews for the latest CD releases. We also travel to the front lines for all local festivals including Canadian Music Week and North by Northeast.Don’t forget to check out our Facebook and Twitter pages for all daily Spill updates.
RELATED ARTICLES
featuresgoing latehaven sounds