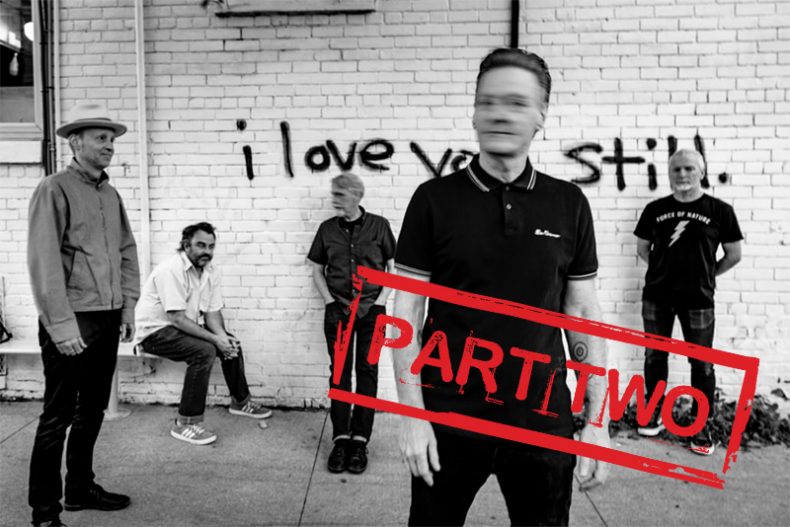 THIRTY YEARS OF GOING PLACES WITH TAVERNS AND PALACES

AN IN-DEPTH CONVERSATION WITH RON HAWKINS OF LOWEST OF THE LOW: PART TWO

The Lowest Of The Low, consisting of Ron Hawkins, David Alexander, Lawrence Nichols, Michael McKenzie and Greg Smith, are celebrating the 30th anniversary of Shakespeare My Butt… in grand style with the live album release of Taverns and Palaces. Recorded in 2019 at two Toronto musical landmarks, the legendary Horseshoe Tavern and fabled Lee’s Palace, this double-album consists of twenty-two tracks, eleven recorded at each venue. Lead-singer and one of the founders, Ron Hawkins, took time from his busy schedule, amidst preparing for upcoming concerts, to speak at length with Spill Magazine about Taverns and Places.

“We recorded these two shows with the intention of ‘Oh, maybe we’ll make a live record.’, then I heard the tracks and I was like ‘Yeah, yeah, let’s definitely go forward with this.’ We wanted to release it a year to the day, in 2020, but of course everything happened, and you couldn’t get vinyl manufactured, you couldn’t get all kinds of things happening, so that’s why it’s coming out now. Two years, almost to the day.”

Hawkins and drummer Alexander formed the teen-band Social Insecurity in 1983, followed by the addition of guitarist Stephen Stanley for their second group, Popular Front, in the late ‘80s, which was the genesis of the Lowest Of The Low. In the midst of the band’s plethora of career opportunities, a few breaks and lineup changes have occurred, but the soul and sound of the band remain intact. 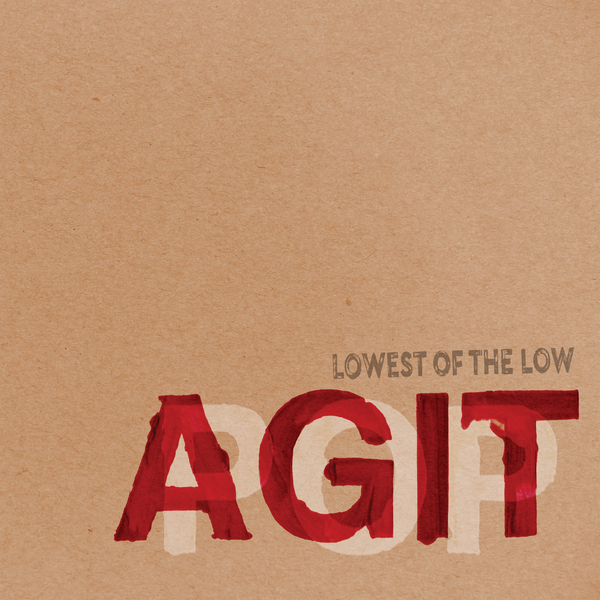 “I chose to do this at 16, 17, 18 years-old, and I might have told you that this is what was going to happen because I would have been bragging because I was an 18-year-old, but I would never have believed that at 57 years-old, I would be releasing records that people would actually give a shit about. I would be celebrating the 30th anniversary of record that people still care about. That Warner Canada would give a shit. I’m very aware of how lucky and how weird it is because I don’t think the odds are very good for people to be able to do that. Anytime we’re doing anything I try to be aware of how lucky I am to be doing it and how blessed we are as a band. We have a very rabid fan base, it’s not massive, we don’t have the fan base that Portugal, The Man has, but the people we have are super music fans and very, very loyal to us. I try to never lose sight of that.”

The Horseshoe Tavern and Lee’s Palace have a long history between the two of them, a history that the Lowest Of The Low have been contributed to over the years with their stirring live shows. The cover artwork of Taverns and Palaces captures the gritty side of these venues, capturing the aura of those who know them intimately.

“The overall idea of the design of the record was Greg, our bass player’s idea. He also works the Horseshoe, he’s like ‘I’ve seen all of the ugly parts of the Horseshoe that the audience doesn’t often get to see. Maybe we should make something like this where there’s a whole bunch of pictures of the nooks and crannies with no people in it, because there’s no people during covid.’. I thought that’s kind of genius. Then we hired our friend Colleen Nicholson to take photographs. She’s a fantastic photographer, and Collective Concerts, they let us into the Horseshoe and Lee’s. I think I came up with the idea that we should call it Taverns and Palaces, partially as a double-entendre, almost like it sounds fancy and then you see where we actually play, what the band room actually looks like. There’s a great picture on the back of an outlet that’s on the stage of Lee’s Palace and it has tape over it that says ‘LIGHTS ONLY, DO NOT TOUCH, YOU WILL DIE’. We wanted to show all the parts that don’t work.” 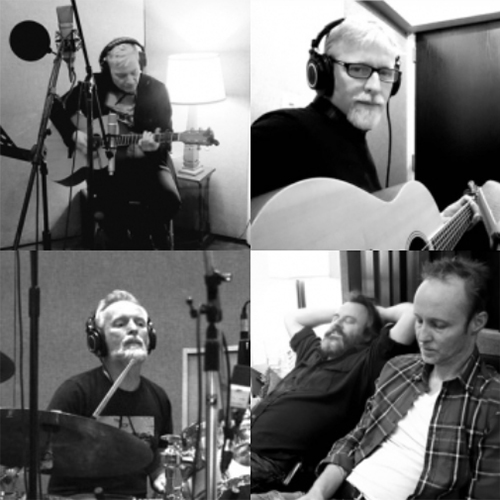 The Lowest Of The Low have only one previous full-length live album, that being the 2001 album Nothing Short Of A Bullet, recorded from reunion concerts recorded in Toronto and Buffalo the previous year. A 12-inch Record Store Day album, Live At Lee’s, was released earlier this year, featuring the classic “Bleed A Little While Tonight” and The Weakerthans’ cover “Pamphleteer”.

“Here’s another thing I love about live records, I feel like the version of ‘City Full Of Cowards’ on Taverns and Palaces kicks the ass of the version on Hallucigenia and it makes me feel good. We sort of vindicated some of the sounds on that record. The other thing that happens is often you’ll make a record then six months down the line you’re playing somewhere and you’ll do a vocal thing or you’ll come up with something and go ‘Ah fuck, that should’ve been on the record’, and it’s not on the record. There’s a horn section part on the end of ‘Night Of A Thousand Guns’ that I love that didn’t make the record (AGITPOP) because we didn’t think of it until after the record was made. But it gets to go on the live record, so then there’s a document of it.”

The pandemic arrived before the Lowest Of The Low had an opportunity to further tour AGITPOP more expansively. The band hopes to remedy that in 2022. During the slowdown, Hawkins, also a visual artist, had the opportunity to paint even more than write and also connect with fans around the world through his personal Facebook page performances from his home. 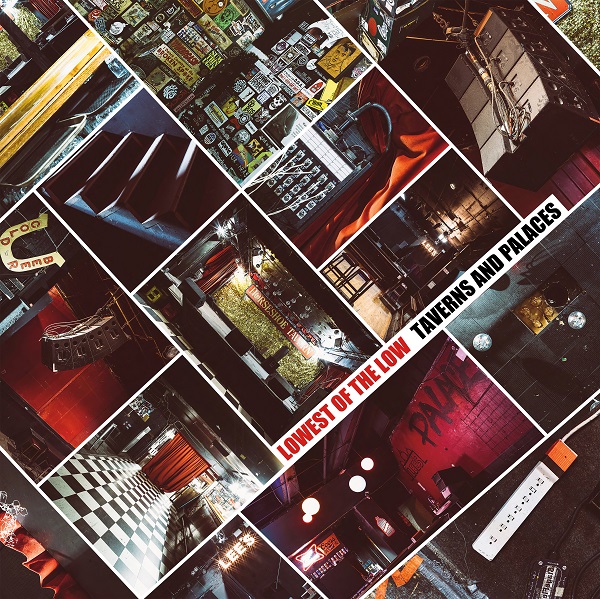 “There’s definitely plans to do a tour in 2022 and I’m not sure yet how extensive it will be, but it’ll be a lot of stuff outside of Toronto. That’ll be a combination of bringing AGITPOP and Taverns and Palaces to people. I’ve got a solo EP that’s gonna come out, probably next spring, and then I’ve got at least a whole studio record of Low stuff ready to go. But we obviously haven’t made it yet, so we have to rehearse that and make it. Maybe next holiday season there would be a Low studio record.”

Now the Lowest Of The Low have had the opportunity to perform live and connect with fans on a handful of occasions, with many more on the way, and get back to what they love doing the most. To make a career out of being a performer and doing it for decades takes a special talent, commitment and love of the craft that cannot be replicated.

“I can’t imagine how I would replace it in any other way. As a person who is a lifelong leftist and an atheist, I don’t really have a spirituality in a classic sense, but I know that singing is sort of like, if I have a religion it’s singing. Whatever I’m doing when I’m singing is some kind of thing that I feel elevates me, and I’m not talking about to other people. I’m talking about inside myself, it’s when I feel the most me, the most actualized or activated. When I’m really aware of it and I feel best about myself. I feel so blessed that this is what I do.”

Go to www.lowestofthelow.com to peruse future Lowest Of The Low concert dates.

John Graham is a Vancouver-area resident who typically spends most days admiring music of all genres. When not listening to music, John is usually at a live show, somewhere in the bowels of Vancouver.
RELATED ARTICLES
featureslove 'n' justicelowest of the low