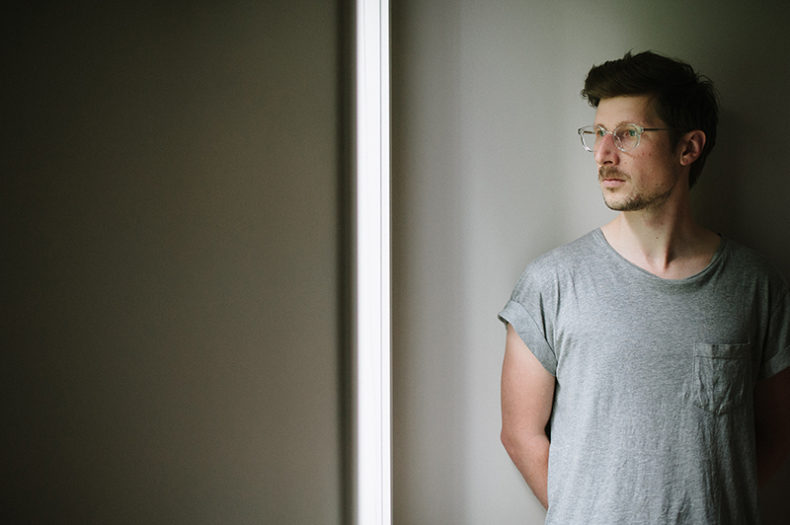 AN INTERVIEW WITH TEEN DAZE

Vancouver’s Teen Daze arose out of the music blog craze in 2010. After 7 years, some travel, a lot of evolution, maturing and newfound experiences, Jamison has found a steady balance of life, work, and a side of his music that balances pop tendencies with ambient and electronic experimentation. With his new record Themes For Dying Earth, due out February 10, I took a moment to sit down with Jamison and talk about travel, nature, the outlook on our current world, and music.

“I have grown up an immense amount since I was 24. I got married, graduated, and I have gotten to see so much more of the world than I ever imagined,” Jamison begins, when I ask him about his first release, My Bedroom Floor. Teen Daze remembers making his first BandCamp page and thinking, ‘this is totally the future of how music going to work!’ He was excited and amazed that this new site was giving value to anybody’s music. Jamison admits, “In the start of this project, I was mostly goofing around,” and then he admits how honored he is to still be making records and doing interviews like this. “But I’m not a complainer when it comes to all these changes,” Jamison tells me. Even though Spotify can be a sore subject for many people, Jamison is thankful for the amount of people that have been exposed to his music through a Spotify playlist.

“The record has taken me about a year to record and process,” Jamison tells me. Upon approaching his 30s, he and his wife took off for an extended period of travel. They went around the world, did yoga in Indonesia and explored the hectic bustle of Japan. The journey was beautiful, and in many ways, life changing. After returning, Jamison almost immediately set out on tour for 2 months. The tour was hectic, exhausting, and, especially after being away for 11 months, left Jamison feeling very anxious. Finally, when he was able to return home and relax in his new, secluded place in the outskirts of Vancouver, he was truly looking forward to being home and recording. Travel is free of deadlines, appointments, and monotonous schedules. Rather than planning out a day, you plan more for a grander schedule of where you’ll be and for how long. Yet there is so much to see and experience, so many people to meet and cultures to dive into. All these things left Jamison with just the headspace he needed to really attack this record in a place of confidence and calm.

“I was using the record as a way to process what was happening — the feeling of being gone, the feeling of having no set schedule.” Jamison says, “I really took some time to adjust back to the real world.” The new record was recorded mostly in Jamison’s home studio and involves a handful of collaborations from friends and musicians that inspire him. “Some of the most memorable moments making this record were when I got collaborations back from the people I was working with,” he tells me. Dustin Wong plays guitar on one of the songs called “Cherry Blossoms”. “Dustin is this really amazing solo guy with a guitar. He does everything by himself on stage and creates these insanely beautiful loops, that are never too over-bearing.” Jamison sent him a draft of the tune and when Dustin sent it back, Jamison heard the song in an entirely new light. “Just hearing the way he interpreted this song that I had made completely took it to a new place that I couldn’t have done alone,” he claims. The same seemed to go with all the collaborations on the new record. “Its comparative to the euphoric feeling you get when playing live with others when you really, really connect,” he says, “I learned a lot from working with other people.” 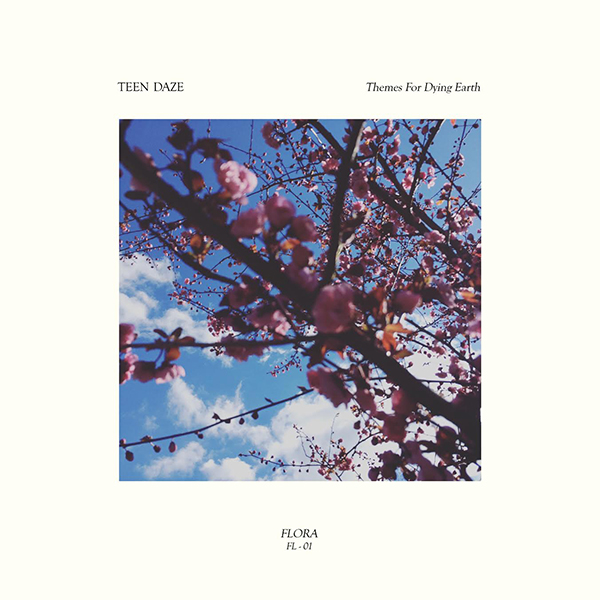 Teen Daze’s last album, Morning World, set a different tone from his previous work. The vocals took a more upfront role and a more pop influence came out. But Jamison thinks Themes For Dying Earth is more a hybrid of his pop and ambient sides. “There are definitely some more vocal pop driven tracks but I’ll follow it immediately with a spacey drone track,” he states. Jamison shared that the last record helped him focus more on lyrics and attention to crafting a song but he also felt there were a bunch of great vibe songs that he couldn’t leave off the record. After I asked if he like the ambient or pop stuff better he responded, “Everything comes in waves, in sort of an off / on thing.” Jamison will hear something in dance music that he likes and that will steer him in one direction. “Right now, I’m in to a pretty big dance music thing, but there has been so much great music in the last couple of years.” Some of Jamison’s recent favourites are Blood Orange and Nicholas Krgovich. “These guys are solo pop singers but they do it in more interesting ways, with incredible instrumentation and thought provoking lyrics.”

Jamison has also been hooked on the London based label, Melody As Truth, particularly with Johnny Nash & Suzanne Kraft. “I’ve been playing their records over and over on repeat. It’s beautiful, melodic, vibey stuff. I guess a big goal for me was to try and find a style that blended those 2 sounds.”

Of course, this album has a very interesting title for this time in the world. I wondered how this all came to be and what Teen Daze’s real feeling was behind this. Jamison assured me that it was sort of a coincidence but all too fitting. “The record was called ‘LP 5’ for most of the recording process,” he tells me. “I don’t want people to think I’m trying to take advantage of this time, since I titled the record back June of 2016.” The beauty and irony of it is that now we are actually watching all these things happen — the new president of the US, the social clash, the rising debate of climate change. The album title has naturally become increasingly fitting in a way that it just didn’t feel right for Jamison to change it.

“Somewhere in the process, the song ‘Rising’ came through and it was a pretty straightforward critique about climate change. I really directed it at everything that’s happening in the world — the tension and fear of things moving in a bad direction.” As you can hear from his music, the admiration of natural landscape is a big influence on Teen Daze’s music. As a current British Columbia resident, Jamison is worried about losing these wonderful things that the world provides. In “Rising”, the song’s message is summed up by the line, “What a beautiful way to watch our bodies fade”. Jamison is trying to depict the idea that nature can be at once devastating and beautiful. Take the ocean; a tidal wave can be dangerous, scary, and harmful, but you can look at it from a different angle and it is actually quite amazing. Jamison claims, “I thought it felt like we were approaching these dangerous things but I wanted to envision a way to say goodbye to the Earth knowing that we had somewhere else to go to.” In essence, Teen Daze needed to let music make him feel better about everything going on. By doing so, Jamison’s wish is to give others a sense of self-hope.

Teen Daze will be on tour in Canada and US, performing alone but with the “most live solo show [he’s] ever done.” Jamison told me he’s really getting away from the feeling of a DJ set and wants to connect with his audience. “I did a house show tour this summer and work-shopped a lot of the current songs,” he says. “I’m really confident and excited about the way I’m doing the live shows.” With that in mind, Teen Daze will be playing the majority of the new record all the way through. Catch Jamison and Mozart’s Sister at one of the tour dates below.

After majoring in business & entrepreneurship at UCSB and traveling the world, Andrew moved to Los Angeles to pursue music and not give up his love for surfing, hiking and yoga. He is also in a couple really cool, up and coming, indie-rock bands in LA - Mothlight & Lone Kodiak.
RELATED ARTICLES
featuresmorning worldteen daze