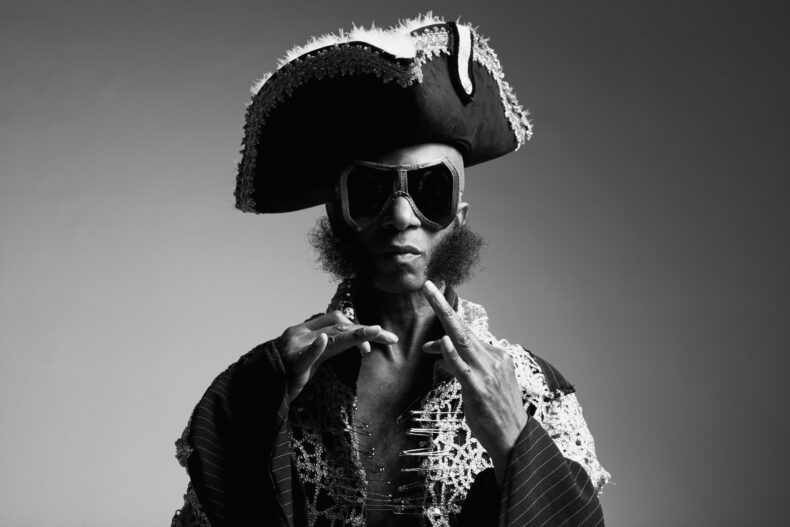 THE STORY OF AMERICA

A CONVERSATION WITH FANTASTIC NEGRITO

With the upcoming release of his fourth album and first short film approaching, Fantastic Negrito (Xavier Dphrepaulezz) remains an artist in the truest sense. Dropping on June 3, White Jesus Black Problems sees the prolific songwriter return in an unparalleled fashion. The culturally reflective and deeply personal album digs deep into race relations and generations of Dphrepaulezz’s own family history to deliver a unique musical experience that seeks to express what it means to be black in America, today.

White Jesus Black Problems is a modern opus that defies stylistic boarders and genre classification. The resulting, 13-track album is a creative powerhouse unlike anything you’ve heard. With elements of the blues, funk, pop, soul, gospel, and rock, Dphrepaulezz describes it as “the story of America”. The album itself, however, started off as a completely different record, with Dphrepaulezz in the studio with Sting with his sight set on a collaborative album until the pandemic put a halt to the process. Reflecting on the making of White Jesus Black Problems, Dphrepaulezz explains “it really had to be an album, something that you listen to from the beginning to the end. I was really trying to emulate the ‘70s – it’s like plugging into this sonic world that takes you away… A lot of these songs, “Trudoo”, “Venomous Dogma”, “You Better Have A Gun”, I felt I was just in the garden harvesting the fruit of all this labour, triumph, and suffering. Hip-hop, rap, blues, it was a sonic garden.” Furthermore, Dphrepaulezz adds “I wanted to just let this thing take me, wherever it was going to take me… I wanted to create as if I was a teenage, uninhibited, and completely unhinged, but with the wisdom of a grandfather. The theme of these sessions was ‘let it be, what it is. Don’t fight it.’” 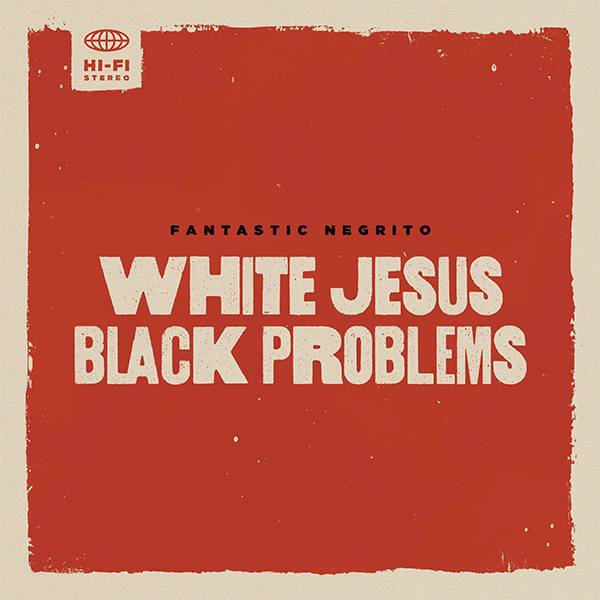 In addition to being a musical marvel, White Jesus Black Problems is a conceptual album that follows Dphrepaulezz’s own lineage to tell a story of race relations, hundreds of years in the making, and it all started with the title of the album. As Dphrepaulezz describes it, “It was a title that just came to me like a speeding train… It represented that people had to contest something back in those times, and even today. I needed a title that matched the story. It had to be courage, it had to be bombastic, it had to be outrageous. It had to get your attention because I had a story to tell you.” The story Dphrepaulezz is referring to is something he had just learned just last year: his seventh-generation grandmother, Elizabeth Gallamore, a Scottish woman, had fallen in love with an enslaved black man, whose real name remains unknown. Having escaped slavery, the two began a life together where interracial partnership was illegal. Not only was she charged with “unlawfully cohabitating with a negro slave”, but she was later charged with a failure to appear in court for the previous charge, to which Dphrepaulezz proudly exclaims “I’m definitely related to her!” The two had children, starting a generation of free African-Americans, “I was shocked to find third, fourth, fifth, sixth generations of free African American people, in Virginia, in the south, during the peak of slavery and the aristocracy of the confederacy” Dphrepaulezz explains. 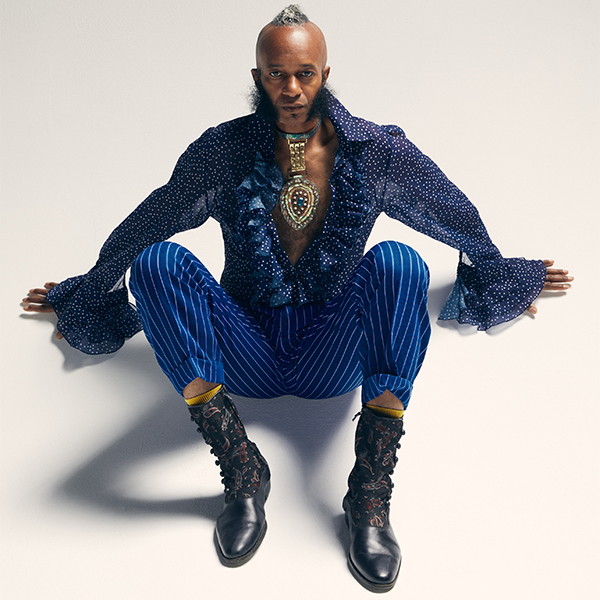 At its core, White Jesus Black Problems is this story. As Dphrepaulezz puts it, “My seventh-generation grandparents had to contest and challenge the edifice of what white supremacy was and is. This is a love story. It’s Romeo and Juliet, but it’s complicated. They challenged something and won, I’m here. I’m their seventh-generation grandson, and I think I was born to tell their story.” The use of a wide variety of African-American genres, motifs, and styles – from traditional spirituals to rock ‘n’ roll and gospel to hip-hop – only furthers the heavy thematic narrative of the album. Dphrepaulezz further explains, “We’re taught such a narrative – you’re black, you came from Africa, you’re a slave. You’re white, you owned all the slaves – but such a small percentage of white people even had enough money to own slaves, it’s a story of the 1%, it’s a story of exclusion, it’s a story of race, and it’s a story of love – how love has the power to smash such bad things.” These are running themes among Fantastic Negrito’s eclectic discography; however, his latest album brings them full circle in a culturally relevant manner. White Jesus Black Problems is such an important record, both musically and socially.

Currently on tour, Dphrepaulezz is bringing White Jesus Black Problems out on the road across North America and Europe throughout the summer and into the fall. Dphrepaulezz has a genuine excitement about hitting the stage but is already looking beyond his new record. “I started an American roots, blues record and that’s what I want to start next – I think I’m kind of tired of Fantastic Negrito. I need inspiration, I never want to go through the motions. I want to be challenged and sitting there with Sting was challenging – I need more of that.” And just like that, the artistry and creativity of Dphrepaulezz seemingly knows no bounds.

A passion for music has always been a part of Gerrod’s life. As a young boy, he was raised on a steady diet of the music from The Chili Peppers, Aerosmith, The Stones, Prince, and others from his mum. Raised in the GTA, Gerrod continued to foster his love for music by attending a wide range of concerts and learning the drums. His unapologetic passion for music has no bounds and has spread to a wide variety of styles, whether it be the 90’s rock that sound tracked his teenage years, the jazz he studied in university, or his newfound love for hip-hop. He recently received his bachelors in music and education from York University and is passionate about writing and reviewing good (and less than good) music. Gerrod is also the drummer and songwriter for a Toronto based rock & roll band, One In The Chamber.
RELATED ARTICLES
fantastic negritofeaturesstorefront records
8.0