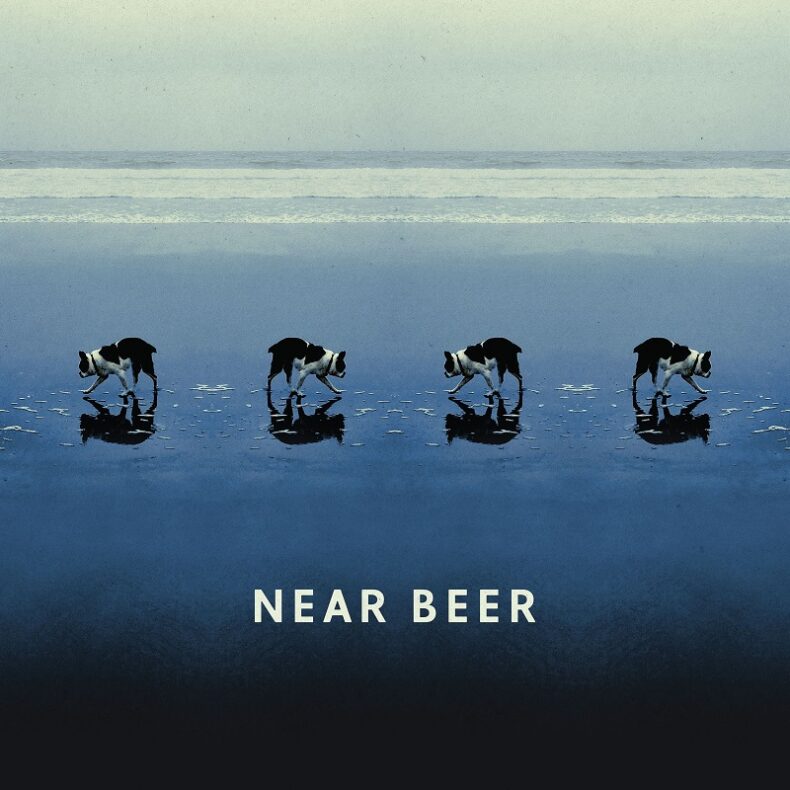 Speaking on their new single, the band wrote:

“‘Mixtape Generation’ has the caffeine pop-punkery of our teenage selves, but maybe the existential weight of being 20 years older. It drifts from nostalgia to paranoia, comes undone in the bridge, and yes, it was inspired by eating some “magical” cookie, thinking that death was imminent, but making it to the other side to see how ridiculous the whole experience was — which feels like the appropriate metaphor for being in a band.”

On the track’s accompanying video, they wrote:

“This video was made by our buddy Matt Wyatt. We talked a while about the canned nostalgia of these kinds of wedding videos and he ran with this idea. He found a nice angle on the whole ‘we’re in this together’ theme. Parisa Fakhri and Eric Toms are our newlyweds. “

Near Beer has logged past lives in LA bands like The Henry Clay People, Fakers, and I Make This Sound, and spent the past 10 years slaying everything from grad school (Siara accumulated a couple master’s degrees) to R.E.M. songs (Near Beer bassist/cover song crusher Jeremy Levy does a mean Michael Stipe).

And that’s just the two longtime friends who co-founded the group. On-again off-again guitarist Dan Long (who insisted upon naming the band) is a reputable producer/engineer (Film School, Spiral Stairs) responsible for founding one of Brooklyn’s most storied mixing boards (Headgear Studio), drummer/auxiliary-everything Brent Stranathan is a chaotic neutral beat conductor who met Siara in a softball league and bonded over the idea that a 12-string can “sound cool when distorted.”

All to say – this isn’t Near Beer’s first rodeo. More like a second chance to make things right and leave a mark in the spirit of such north stars as The Replacements, Pavement, and The Clash. From the venom-tipped vibes and tongue-in-cheek takedowns of “Yelling at a Dog” to the sucker punch percussion and careening power chords of “Dead Drummers,” Near Beer is all about songs that strive for transcendence. The magic of making things. Flaws that feel like blessings. And the fleeting release of a fist-in-the-air rock anthem.

SPILL VIDEO PREMIERE: YOTAM BEN HORIN – “IN BETWEEN THE HIGHS AND LOWS”

by SPILL NEW MUSIC on April 21, 2022
YOTAM BEN HORIN – “IN BETWEEN THE HIGHS AND LOWS” A SPILL EXCLUSIVE VIDEO PREMIERE Tomorrow, Yotam Ben Horin — a musician best known for his work [...]