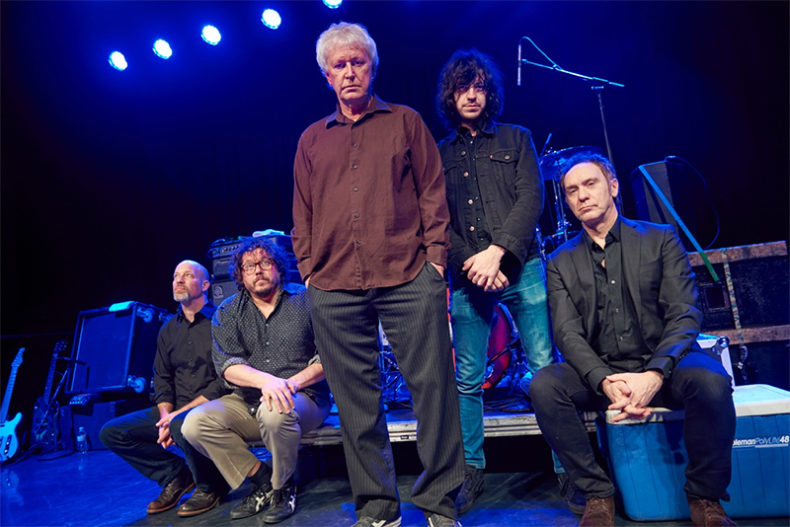 A CONVERSATION WITH DOUG GILLARD OF GUIDED BY VOICES

Displaying a stubborn determination, Guided by Voices, in its many forms has released 27 studio albums, the most recent being the ambitious double LP, Zeppelin Over China. With two further releases slated to arrive before the year is out, the band’s current iteration is on its way to achieving a prolificacy to rival that of its predecessors.

Guided by Voices, a band of ever-changing characters, but always with Robert ‘Bob’ Pollard at the helm, has been releasing records since the early 1980s. Guitarists Doug Gillard and Bobby Bare Jr, bassist Mark Shue and drummer Kevin March, joined Pollard two years after a reunion of what was dubbed the ‘classic line-up’ suddenly disbanded. Gillard and March both have previous stints in Guided by Voices on their résumés, with Doug Gillard first being in the band from 1997-2004.

“Things have changed quite a bit since then.” Says Gillard, “When it came to recording, we all used to learn the songs and come together to record with Bob at the same time in the studio, but we’re all spread out now with three of us in the New York area, Bobby in Nashville and Bob in Dayton. We’ll do the music first and then Travis [Harrison, producer] goes to Dayton to record Bob.” With Pollard generally not being present for the sessions, a level of trust is placed on his band. “When it comes to it, we’ll have had Bob’s demos for a while and he has notes on some of the songs, but sometimes he just lets us take the direction we want to.”

It is impossible to write anything about Robert Pollard without, at some point, using the word ‘prolific’. Please mark your Uncle Bob bingo cards now. During his musical career, alongside the work with Guided by Voices, he has embarked on an astounding number of solo endeavours and side projects, having released over 100 records in various guises. The fact that during the last three years, there has been little solo output from him suggests that the Guided by Voices machine is running so smoothly that it’s the only outlet he presently needs. “We are all sort of chameleonic musically,” agrees Gillard, “and we can play the different styles that he wants to incorporate all under the same umbrella.”

This versatility was tested with the recording of Warp and Woof, the band’s next album, due in April, which seemingly materialised unexpectedly after one of Pollard’s boombox sessions produced six fully-formed tracks in 30 minutes. Describing the urgency of the recording process, Gillard says,  “We would track guitars in the van on tour, vocals in hotel rooms, all over the course of a few months.” Further to Warp and Woof, likely to be released towards the end of 2019, comes the year’s third record, Sweating the Plague, a single album that Gillard says will feature the same diversity and energy as Zeppelin Over China. “I think it leans more in the direction of the best of ‘70s rock and post-punk. There’s also a song that is mildly informed by Arthur Lee’s Love, as per Bob’s notes.” 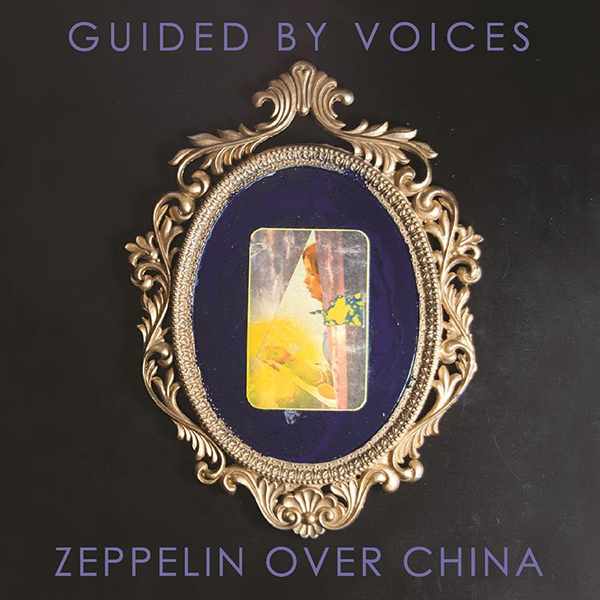 After breaking up Guided by Voices in 2004, Pollard took the time to focus on other projects. In 2010 came the shock announcement that there was to be a reunion of the ‘93-’96 line-up of Guided by Voices. The iteration of the band that existed during this time is referred to as the ‘classic line-up’ due to the consistent sucker-punch of albums released in this short time-frame being widely regarded as their best output. Six albums were released between 2012 and 2014 and although these were met with generally favourable reviews, the recordings failed to leave much of an impression on the public at large and mainstream music press. Perhaps, because of this, there was less pressure on the next incarnation of the band and on Pollard himself to replicate past successes, which has now afforded them a certain freedom to expand and experiment with the sound.

2019 looks to be momentous for the band, in addition to the wave of new releases, they are heading to Europe for the first time in well over a decade. “Primavera has been asking us for several years,” explains Gillard, speaking of the two festival appearances that bookend a handful of dates in England and the Netherlands, “I think Bob just decided that the time was right. He’s really psyched to go. We were surprised by how quickly the London shows sold out.”

Concert-starved Guided by Voices fans can be found worldwide, due to the infrequency of live appearances by the band outside of the United States since the turn of the century. As well as the upcoming London dates selling out almost immediately, tickets for the band’s first Toronto club show since 2004 that took place at the end of 2018 were not on sale for long. Absence clearly does make the heart grow fonder and the Toronto crowd left an impression on the group, “We felt the magic somehow.” Gillard reflects, “It was kind of a special show.” The band is set to make its return to the city this July, only eight months after its last appearance.

Live shows draw from the band’s massive back catalogue, as well as from Pollard’s side projects and solo work. During last year’s Space Gun tour, “Parade On”, a track from Doug Gillard’s solo record of the same name also found its way into the set. “My old band, Death of Samantha, opened some shows for the classic GBV back in 2014 and I remember Bob saying that he liked that song. I’m honoured that he chose to put it in there, but you might only hear it at New Years Eve shows in future. We’ve got to make way for a lot of new songs from Zeppelin Over China, I’m especially looking forward to playing “Step of the Wave” and “Jam Warsong”.’ Zeppelin Over China features strings, piano and horns, arranged by Gillard but it’s unlikely that a more elaborate stage set-up will find its way onto the road. I like just rocking it out live. No-one’s going to be missing the strings or anything like that, they’re all rock songs at heart. Personally, I always prefer seeing bands do something different live than on record.”

This year also marks the 20th anniversary of Pollard’s third solo album Kid Marine, as well as his and Gillard’s record Speak Kindly of Your Volunteer Fire Department. Both are set to be re-issued on August 2. “I worked on remastering Speak Kindly… with our mastering engineer Jamal.” Gillard explains, “It has a slightly fuller sound, as some of the low-mids were scooped out of the music in the original mastering and I wanted to bring those sounds back out. Sorry for the muso language, I know ‘low-mids’ sounds like a region of England:  Yorkshire, West Country, Low Mids… I suspect we’ll be putting in a couple of songs from those albums in the live set as well around that time.”

There is a growing feeling that we may now be approaching the golden age of Guided by Voices. Prior to the release of Zeppelin Over China, Pollard stated that the band was the best it has ever been and cited the energy, enthusiasm and ‘new fervor’ displayed by his bandmates, as well as the vital production work of ‘sixth member’ Travis Harrison, as the reason for this. Gillard puts the apparent upwards trajectory down to the relationship the band has, “I think it’s just the chemistry we have with each other, the chemistry we each have with Bob. Both Kevin March and I have experience recording and playing with Bob going way back, and that’s a part of it, that helps… Mostly, he just has a lot of trust in each of us.”

Kirsten Inneski was born and raised in Scotland but fled to Canada in 2016, settling in Toronto in order to have the opportunity to see bands who rarely, if ever, make it to the UK. If her mum asks, however, the official party line is "Kirsten moved 3000 miles away from everybody she knows and loves for the totally rational reason of pursuing career in her field of TV production". Inneski writes, daydreams about making music videos she will never have the budget for* and obsesses over music and comedy, all while trying to make pals with everybody. *Eccentric billionaires can hit her up on Instagram.
RELATED ARTICLES
angelic weirdnessdoug gillardfeatures
8.0