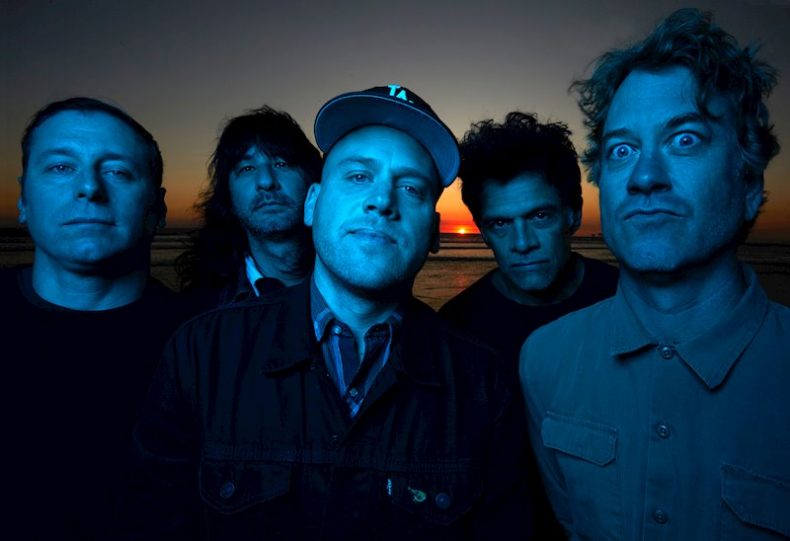 THE BAND IS EVERYTHING TO US

A CONVERSATION WITH THE BRONX’S MATT CAUGHTHRAN

Hailing from Los Angeles, CA, The Bronx has proven again and again over the past two decades – and six studio albums – that it is among the most unique and dynamic modern punk bands. Their latest record, Bronx VI , released on August 27 via Cooking Vinyl, is yet another example of the band’s distinctive songwriting and powerful performance. Hot off the release of the album, vocalist Matt Caughthran shares all on its making and reflects on The Bronx as the band approaches its 20-year milestone.

Bronx VI is an 11-track masterclass in punk rock performance and songwriting as the band swerves between elements of classic, pop, and hardcore punk and hard and alternative rock at breakneck speeds with complete ease. With tracks like “Curb Feelers”, “Mexican Summer”, “Still Laughing”, and “Participation Trophy”, Bronx VI is a refreshing album that reinvigorates the genre while surpassing expectations and should be considered among the strongest releases this year. Speaking on the making of the album, Caughthran discloses “it was recorded pre-pandemic in 2019, way back in the old world. We recorded it in Pasadena with Joe Barresi and we closed the record in about three, four months. It was a lot of fun to be honest with you. Obviously, we were looking to release it in 2020 but the world shut down on us. We were fortunate to not have to put it out. We were able to wait on it, and I’m glad we did.” Speaking more in depth to the writing of the record, Caughthran reflects on the lyrical content, “I just try to stay as raw as possible without exposing an uncomfortable amount of personal shit. I come from the punk rock school of say what you’re feeling, scream what you’re feeling. In that aspect I just try to be honest with my writing.” Musically, the album includes a range of work that falls between genres. “I’ve always seen us somewhere between a punk and a rock ‘n’ roll band” Caughthran tells me. As a result, Bronx VI is a truly versatile record with “Mexican Summer” carrying over the rhythmic and comparatively mellow energy of Mariachi El Bronx – the band’s mariachi side project – while “Curb Feelers” and “White Shadow” were “pace cars” as Caughthran refers to them for setting the tone, while “Peace Pipe” and “Participation Trophy” are “screwballs; a little bit slower, but songs that we loved writing.” Caughthran explains, “we wanted to make a kick ass record, a little heavier, a little faster, but, at the end of the day, we just follow the songs that feel good down the rabbit hole.”

Not only is Bronx VI a triumph of songwriting and punk performance, it is also a record of firsts for the band. With Barresi (Tool, Chevelle, Soundgarden, Queens Of The Stone Age) at the helm, Bronx VI, sonically, is an incredible sounding album. Having wanted to work with Barresi since 2005, Caughthran exclaims “it was a dream come true, man. He was the perfect guy for this record; the songs were all there and we didn’t need a songwriting producer, we just needed someone who is an absolute master at making songs sound huge with killer guitar tones and drum sounds. It was a really cool experience working with him; he’s just a monster producer, a badass guy.” With this also being Castillo’s (Queens Of The Stone Age, Zakk Sabbath, Scott Weiland) first record with the band, Caughthran only had more praise to give, sharing “Joey’s been in the band for a while now, so it felt really good to get into the studio together and bang one out. I just called him up one day and he was super stoked to be a part of it – we’re good friends too, which is a big thing in The Bronx.” 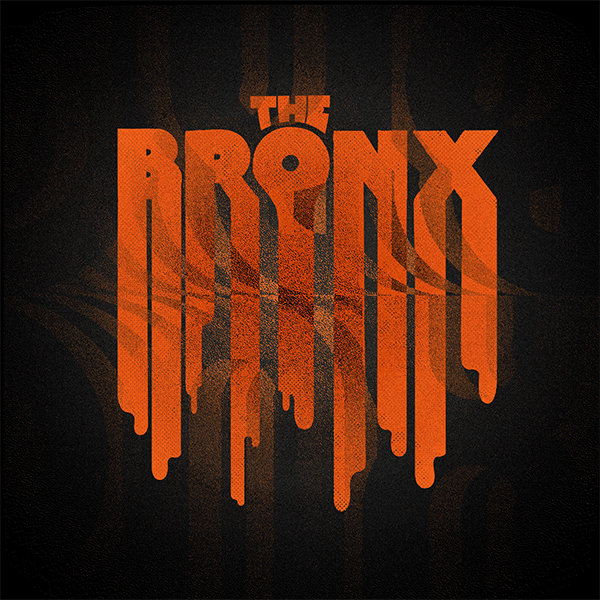 Beyond the music, The Bronx looked to collaborate with a series of artists whom they enjoy, bringing a greater sense of life and cultural context to the music of Bronx VI. While the album was originally intended to be released in 2020, the band used the year as a time of forging creative partnerships, with Caughthran explaining “We wanted to reconnect with the artists, musicians, and friends we’ve met and been fans of along the way, and create some really cool stuff: we did beer with our buddies in San Diego at Fall Brewing; a skateboard with Craig Stecyk from Dogtown; and we had a bunch of different artists design 7” covers for all the songs.” Referencing the music videos for singles “Curb Feelers” and “Peace Pipe”, he adds “We worked with Estevan Oriol on a video and with Stecyk on another video. It’s been a lot of fun, man. It was like, ‘let’s put a list of artists we like together and see if they wanna work with us’ and they did. It’s the age of collaboration and it led us to some great opportunities.”

With the release of Bronx VI, Caughthran is relieved to have their latest work finally available, “as an artist, you want to write your music and put it out there for anyone to hear.” As a “pretty independent” band, as Caughthran puts it, all members of The Bronx are heavily involved in the band, beyond the music, with the singer stating “We’re all pretty hands on creatively speaking, we like to apply ourselves on every facet and aspects of the band. We’re not super massive, but we are able to carve out our own existence here because we work so hard at what we do and we love what we do.” Sharing his sage advice of almost twenty years in the industry, he continues “As an artist, you got to be able to dive into all angles; the sooner you can embrace all that, the better. For me, it’s been super rewarding to be involved in more than just singing, going on tour, or writing lyrics. The band is everything to us; we just try to do the best we can.” Musically, he continues “The Bronx still has the same effect on me as a sense of creative expression and aggression. Punk as an idea, instead of a sound, is something progressive; it shouldn’t be boring, it’s about pushing yourself to do something different, to challenge yourself creatively, and to keep your audience on their fucking toes. I don’t want people to know exactly what’s coming down the pipeline, I want them to hear songs and be like ‘What’s going on here, what’s going on there?’ ‘I like this one’ or ‘I don’t know if I like this one’. It’s all a part of life. I just love that the idea of punk is still something that says ‘fuck you’. We do it for us; we scratch our own itch first.”

Proud of the reception the record is receiving, Caughthran hints that the band may use some upcoming down time between tours at the end of this year to return to the studio. For the time being however, the band is set to perform at Riot Fest and Punk Rock Bowling before returning to the road with Rancid and Dropkick Murphys. With hopes of pushing forward, Caughthran is all too conscious of the reality they face of touring post-pandemic and the challenges it may bring, “It’s still kind of crazy out there, but we’re making sure that we’re doing it the right way… There’s a lot a heavy stuff going on, and I’m just appreciative that among the heaviness, people still paid attention to the arts and still gave a shit about our band.”

A passion for music has always been a part of Gerrod’s life. As a young boy, he was raised on a steady diet of the music from The Chili Peppers, Aerosmith, The Stones, Prince, and others from his mum. Raised in the GTA, Gerrod continued to foster his love for music by attending a wide range of concerts and learning the drums. His unapologetic passion for music has no bounds and has spread to a wide variety of styles, whether it be the 90’s rock that sound tracked his teenage years, the jazz he studied in university, or his newfound love for hip-hop. He recently received his bachelors in music and education from York University and is passionate about writing and reviewing good (and less than good) music. Gerrod is also the drummer and songwriter for a Toronto based rock & roll band, One In The Chamber.
RELATED ARTICLES
cooking vinylfeaturesthe bronx