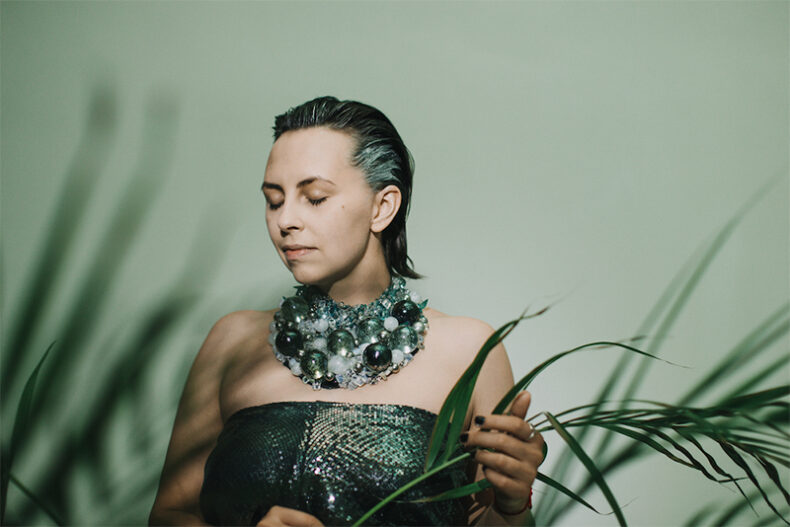 SONGS FROM PEOPLE ARE ALSO SONGS ABOUT PEOPLE

A CONVERSATION WITH DARI MAKSYMOVA OF 6TH CROWD

Near the end of Ukrainian electronic producer 6TH CROWD’s “Sokolonko,” Dari Maksymova’s vocal multiplies into a chorus entreating in Ukrainian, “Hey, let’s sing for those at home to hear us.” When Maksymova recorded “Sokolonko,” she wanted the passage to feel “like a choir of workers slowly walking toward home in a golden sunset,” but in the time she’s been so far away from home, is now “an attempt to reach my people in Ukraine with a voice. Like a promise of a reunion soon, sung by four million Ukrainians abroad.”

Since chatting with Maksymova by email, the number of Ukrainians who have evacuated after the Russian invasion has risen to six million, Europe’s largest refugee crisis since World War II. Maksymova became part of the Ukrainian diaspora herself after a chance visit to Ireland just before Russia’s full-scale attack on Kyiv began on February 24. Her parents refused to leave the house they built in her hometown in the Luhansk region, one of several areas in the historical Donbas region under Russian occupation since 2014.

Although the epitome of a grassroots army, as Maksymova describes, Ukraine “doesn’t have a shortage of experienced and motivated people” defending its democracy and sovereignty. Just before responding to questions for this article, Maksymova coordinated the delivery of medical supplies to Kharkiv for local territorial defense. “A lot of artists are in the army now. Fighting, curing, supplying…” Six of the 20 musicians on Ukrainian record label Mystictrax, which produced the 65-track Together for Ukraine compilation benefitting humanitarian aid, joined either the Ukrainian Armed Forces or their hometown Territorial Defence Forces. 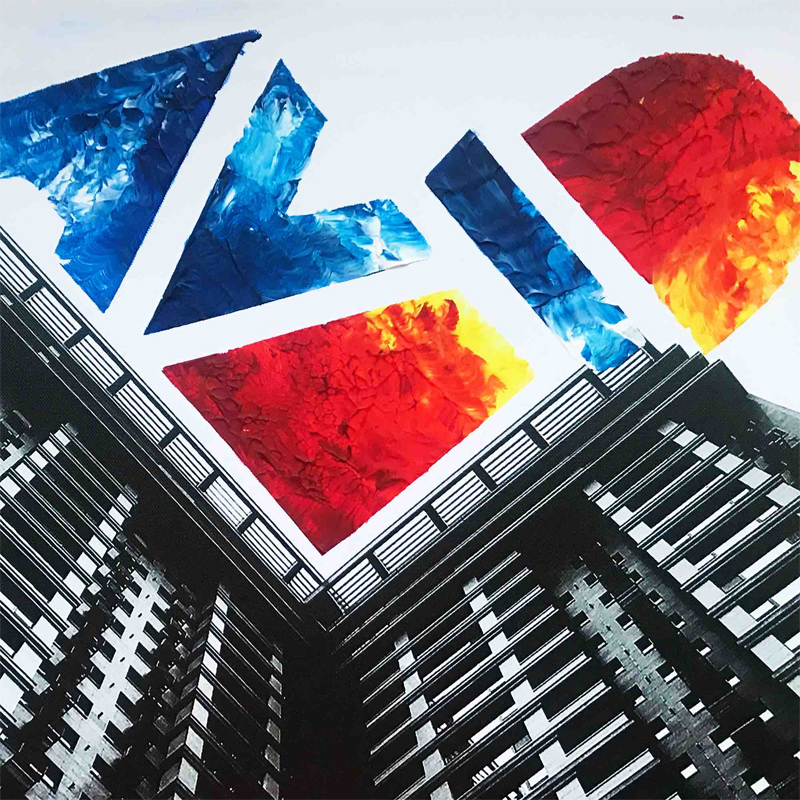 The same commitment to the people and the land motivated Maksymova to research the folk music of eastern Ukraine, of which there are few references in modern culture. “Sokolonko” is one of the traditional songs people sang to raise their spirits through the monotonous work of harvesting wheat by hand. “Sokolonko” is a playful reference to a falcon, a denizen of the Ukrainian steppe that often appears in historic and harvest songs. In “Sokolonko,” seeing a falcon is a sign that it’s time to finish work and go home for the day.

Maksymova understands the power an artist has to transform a folk song into a relevant, modern work and the responsibility to preserve its message. She left “Sokolonko”’s harmonic progression intact so the song is still recognizable but changed rhythmical accents in her vocal. She deftly modernized the traditional melody by turning just one note, R&B-style. This fits with the acid jazz/trip-hop vibe, a sound from the 90s that employed R&B vocals and seventh chords and their extensions from jazz. It triggers a wistful, contradictory mix of emotions at once nostalgic, carefree, and regretful. The cut that sounds like an orchestra tuning up before the drop at the beginning, the unassuming sound of the bass, and handclaps punctuating the end are all details that make “Sokolonko” feel like everyday life.

It is easy enough for one who has never experienced war or had to flee their home to expect an artist to immediately translate their experience into their work. Currently without a record label but working on an album tentatively titled Step, “Getting access to my feelings is my primary artistic challenge right now,” relates Maksymova. “When the war started, I did my best to pull myself together, blocking all strong feelings away. And the more I see Russians murdering and torturing civilians in Mariupol, Bucha, Izum, and other towns around Ukraine, the more I need that emotional blockade to stay sane. The problem is that I can’t block painful feelings and access creative sensitivity simultaneously.”

As the urgency of the war’s disaster inevitably fades from worldwide consciousness, Ukrainians need help now more than ever. “Keep Ukraine in your informational field,” says Maksymova. “We need to know that the world is on our side. Buy things from Ukrainian manufacturers and hire Ukrainian people abroad. For those who want to chip in financially, I trust the humanitarian mission Vostok-SOS.” You can also support Ukrainian artists like 6TH CROWD. All proceeds from sales of “Sokolonko” will be donated to humanitarian organizations helping Ukrainians affected by the war.

Charles T. Stokes is a nonprofit resource development coordinator and donor researcher based in Denver, USA. He’s also a tennis player and writer looking to make a racket with his own noises. “There are places in the world where one cannot publicly listen to or perform whatever music they choose without fear of harassment or prosecution. The freedom to write about new music is power, a privilege.”
RELATED ARTICLES
6th crowdavoid the voiddari maksymova