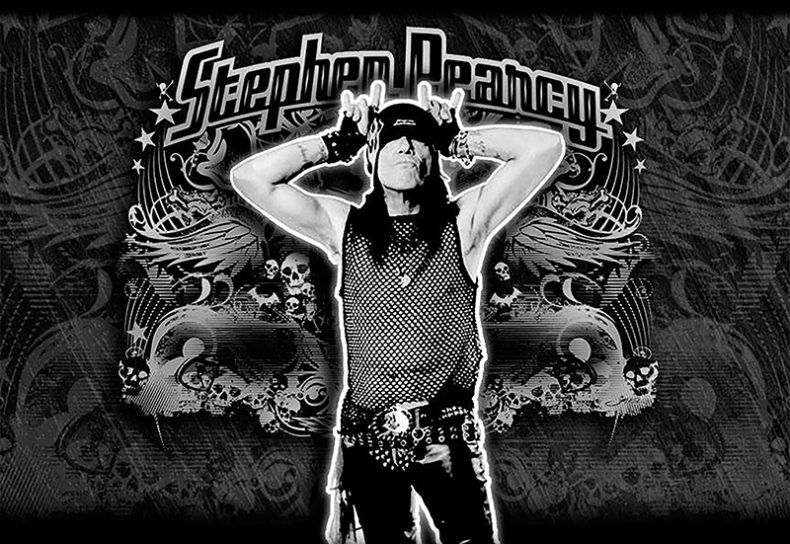 The 80s were a great era for rock music, which was much assisted by the MTV music channel. Big hair and big choruses became the order of the day, as bands were able to utilise this new media form in order to reach a much wider global audience. Album sales dramatically rose in a time period that facilitated the creation of a new line of pin-up rock stars. At the forefront of this movement were the band Ratt: a band that even today, in 2017, is still touring the world. Like many bands of the time, their career has not been devoid of scandal and legal wrangling between band members. Musicians that once shared stages together are now sharing courtrooms, albeit from opposite sides. Claim and legal lawsuit have taken over from the financial success and former good times. Despite the legal turbulence and bitterness, Stephen Pearcy of Ratt has continued to record and release music both under and outside the Ratt moniker. Approaching the release of his fourth solo album, and with a never-ending list of job roles and professions in recent years, I managed to grab a chat with Stephen to discuss some Ratt subjects.

“Its not a problem any more,
the dust is settling and we are happy about that.”

I opened our chat by asking Stephen how that he found the time to record his album, when he is constantly touring and has other occupations. Were the songs on Smash new compositions, or had they been written and created one of his many tours? He informed me that, unlike the 80s, he did not currently engage in long tours. He preferred, at his own discretion, to tour when it suited him. Therefore he was able, when he wanted, to record an album that he could devote the necessary time to. There is no rush to go into a studio and begin tracking immediately. He could take time to do it properly and to the best of his ability. He is able to take breaks as required and then return to the recording process. He finds that it helps the songs retain that freshness and live feel.

With his infrequent live dates, I wondered if he had the opportunity to road test some of the new songs before a live audience and gauge reaction. He explained that was not how his creative process worked. Only the new single “I Can’t Take It” had been tried out a couple of times. Stephen explained to me that the recording of this album had changed direction a couple of times in its creative journey. When Frontiers Records got involved, Stephen decided to scrap what he had previously recorded and start anew. 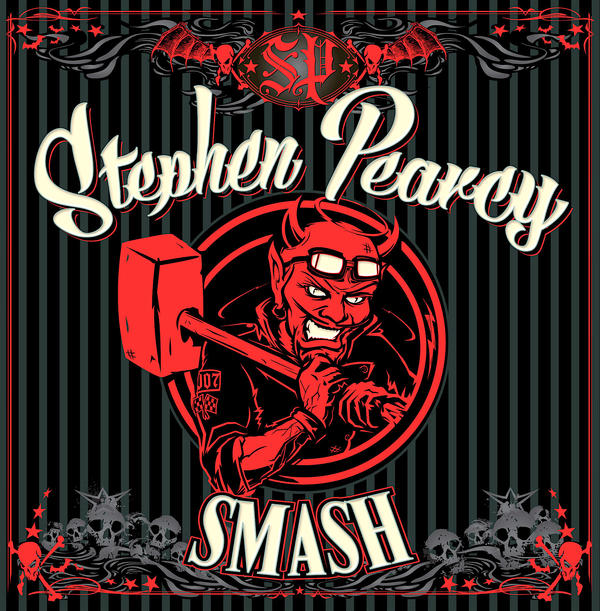 This album, I felt, reflected a variety of styles and influences, and it is probably the most diverse of Pearcey’s solo recordings to date. I asked Stephen why this was the case. Was it due to his own personal musical taste having diversified over the years, outside of the Ratt banner and restrictive framework? He agreed, stating that he had wanted the album to represent some diversity, as he is still essentially a fan of a range of different bands. He wanted to step out of the Ratt style and avoid being pigeonholed into just that category. He described his solo music as a little more aggressive than Ratt, and he didn’t wish to rush through its recording. He wanted it to “have some ebb and flow, light and dark, and cover as much as colour out there”. The album is entitled Smash, with a cartoon character on its cover. I wanted to discover the origin of the album title and the history of the cover star. Stephen informed me that the cover inspiration came from writing the album lyrics. “I had my art guy, Jim Cook, who has done a lot of my stuff for years. I asked him if he could come up with something, the good and the bad. What you think is good, is not good, and what you think is bad is maybe even worse.” He explained to me that he came up with the character, which they called the Smasher, who has both horns and a halo. In Stephen’s words: “He is ready to Smash down and take care of business.”

“Its time to rebrand the brand.”

Smash is produced by American production legend Beau Hill, who has a long musical history with Stephen, as he also produced those very successful early Ratt albums which sold millions. I was perplexed, as Stephen had earlier indicated to me that he wanted to escape the shackles of his former band’s sound. However, he had chosen to again work with the producer who was synonymous with Ratt’s greatest recorded musical output. Stephen told me that Beau had gotten involved with the first song “I Can’t Take It”, however, when the time came for the full record to be recorded, after Frontiers record label became involved, he was unavailable. He only did the one song. Stephen and his band ended up mixing, mastering, and producing the album themselves. As it’s being billed as a solo album, had there been any contribution to the actual song writing and music by the rest of the band, or was that solely Stephen’s department? He shared with me that the band had all actively contributed. “I let them do whatever they feel; when they get in the studio first and then we take it from there.” The bass player had been familiar with Stephen’s music, as he is actively involved in his touring band. He is versatile and brought some keyboard and effect ideas into the studio. The lead guitarist, Eric Ferentinos, co-wrote the rest of the songs with Stephen. In conclusion, it appears to have been a full-inclusive-band-creation-process. 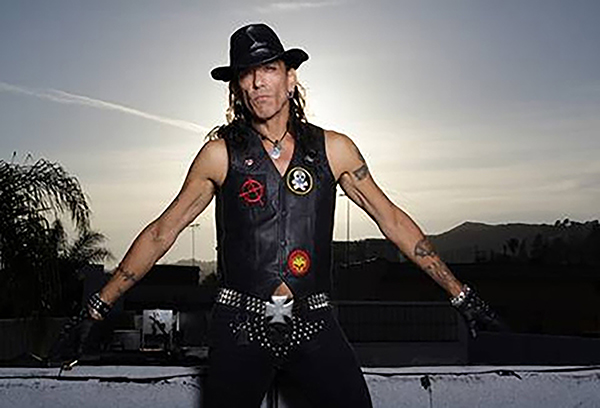 All the current press interviews I read from Pearcy to promote his solo album had been more focused on his former band, Ratt. It must be very disconcerting for an artist to always be linked to what they had done previously. I put it to Stephen: did this annoy or agitate him that he was always being linked to a band that he hadn’t played or recorded with for quite some years? Surprisingly, Stephen responded in an upbeat and positive manner when discussing the subject. “No, because anything I did was going to be Ratt related. I don’t mind.” He stated that after the rough previous year (hinting at the never-ending legal case), the future would be more positive. There would be a reunion (minus one member), and Ratt was scheduled to play some festivals and actually headline M3 Festival. They even discussed recording a new album at the end of this year. Good news for Ratt fans, including myself. There is certainly no doubting the quality of the band’s musical legacy, but had the years of legal battles and mud slinging impacted negatively on their reputation? Stephen agreed. “Somebody was out there disrespecting the rest of the original members and hijacking what was not really theirs, playing our music because they never wrote any of the songs.” The Ratt original members then decided to take a break from playing live for a while, until the dust settled. Would the band be including any new Ratt material, or would they instead choose to do a legacy set list? Stephen told me that despite him and Warren having written a couple of new songs, the forthcoming booked dates would “give them what they wanted to hear”. Instead, it was important to him to re-establish the Ratt brand and take it slow, step-by-step. Initially, Ratt would be primarily focusing on festivals, but possibly hooking up on a tour after the summer. The Smash tour for his solo release would be taking place in April/May. At first both tours would focus solely on America, however, Stephen was optimistic that other markets could be added, including Europe, South America, Japan, and Australia. This next album would be Ratt’s tenth studio album, so it was very important to him that it would be to the best of their collective ability. 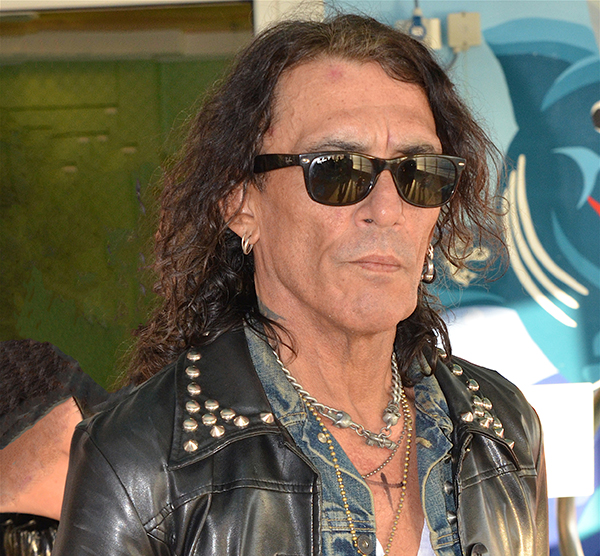 While researching for my interview with Stephen, what became clear was in recent years he had actually taken on several occupations. He highlighted car racing as one that he particularly enjoyed, but at the same time, also gave credit to his musical career. He stated, however, that music for him always came first, as he enjoyed writing songs and co-writing. I asked him to recall his first introduction to music. Surprisingly, he didn’t have an interest in music when he was young. It was only when he was first given a guitar and started writing songs that he took an interest in it. He progressed into the heavy bands, including Sabbath and Zeppelin, then he starting going to live shows like Aerosmith. Stephen looked back at his musical career and picked out some personal highlights: his first gold and platinum albums, and headlining Madison Square Garden and The Forum. What would he like to achieve in the future? He reflected briefly before stating that he would like to return to car racing. He told me that he was now content and again referred to the last year as, “a sobering experience, and I like it. It’s a good place”.

The musical climate has changed dramatically since Stephen Pearcy first set out. It is now difficult for bands to become established on their own merits and without the huge input of finances from record companies. Had his years of learning and experience put Stephen now in a position to give advice to new bands? “I would say, in writing your own songs, to never give up your publishing. Keep your publishing; it will always be yours. The more music that you write, the better for your creativity. You have got to get out there, like we used to do back in the day, and play everywhere and anywhere.” I knew that two years ago he had written a book, so given what had subsequently ensued, would he be updating it? Stephen assured me that plans were already underway to work on another at the end of this year. It would appear that 2017 is proving to be a very hectic year for Stephen Pearcy, both in and out of Ratt. As a long-standing Ratt fan, I certainly hoped that his touring cycle will come through Europe, revisiting all those classic songs that they are famous for.

I'm a 40 + music fan. Fond mostly of Rock and Metal my staple-musical food delights. Originally from Northern Ireland I am now based in the UK-Manchester. I have a hectic musical existence with regular shows and interviews. Been writing freelance for five years now with several international websites. Passionate about what I do I have been fortunate already to interview many of my all time musical heroes. My music passion was first created by seeing Status Quo at the tender age of 15. While I still am passionate about my Rock and Metal I have found that with age my taste has diversified so that now I am actually dipping into different musical genres and styles for the first time.
RELATED ARTICLES
featuressmash