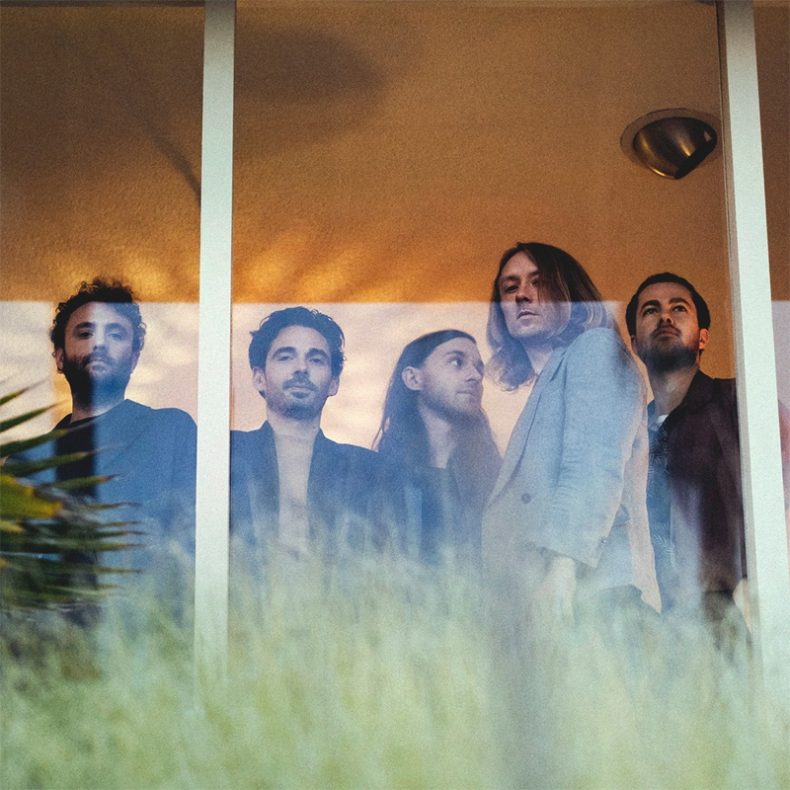 SEARCHING FOR A NEW AND WONDERFUL CREATION

L.A.-based Local Natives has spent the past decade growing their audience and leaving them in consistent anticipation of new works. With the undeniably recognizable melodic voices of Ryan Hahn, Taylor Rice, and Kelcey Ayer, Local Natives have established a place for themselves in the vast history of modern-day music.

Aside from Local Natives, Ayer (keyboard, percussion, guitar, and vocals) has developed his own sound through his side project Jaws of Love. The band released one album back in 2017, and Ayer has added to that his recent single “Giving Up Is Not The Easiest Way Out”.  The music is filled with the deep expression of Ayer’s love for the piano, and includes the beautiful lyricism evident in their ballads.

Describing Ayer’s current creative status, he says, “I’m currently not writing for specifically Local Natives or Jaws of Love., it’s more of a purely creative state that I’m in”. This is understandable as Local Natives were originally set to tour with good pals Foals for their North American tour. “We hit it off from the get go with all of the boys from Foals, they’re a talent-filled group of dudes and I would like to hope for us to still complete our tour”.  In the past, the two have also remixed each other’s songs, Local Natives remixing “Neptune” from Foals’ Part 2 Everything Not Saved Will Be Lost, and Foals remixing “Dark Days” from Sunlit Youth. 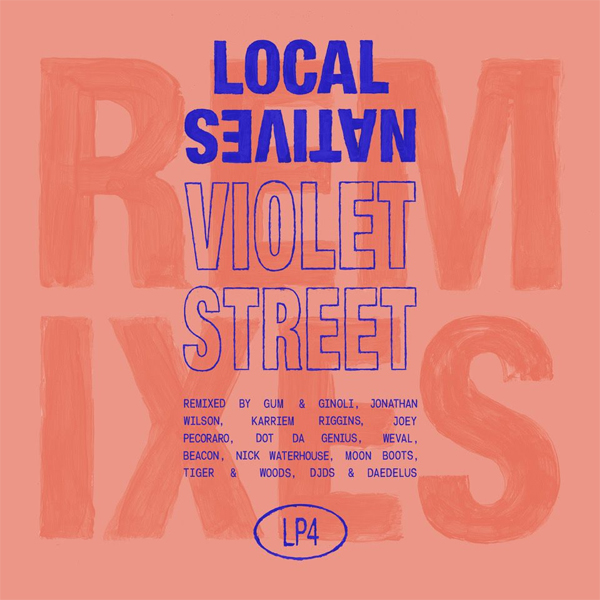 Local Natives has just released a wonderful collection of covers titled Violet Street (Remixes). The featured artists of various genres on Violet Street (Remixes) is outstanding. Ayer explains with excitement the roster on the album, “I’m a huge fan of the duo Weval from the Netherlands, and having someone like Kerriam Riggins who is just a complete legend to work on our track ‘Munich II’ was awesome”. Ayer continues to describe the connections that were brought to the collection. “Jonathon Wilson we know through some mutual friends, and again we were just as surprised to have big names for example Dot Da Genius, Daedelus, and DJDS”.

Other incredible collaborations featured on the album include the likes of GUM and Ginoli, who have roots leading back to Tame Impala and Pond. “Tiger & Woods and Beacon we both didn’t know prior to this process, but they’re wicked awesome artists and we’re glad to have them on board.”

When applauding Nick Waterhouse’s interpretation on “When Am I Gonna Lose You”, Ayer explains how the two originally crossed circles back in the day. “Nick Waterhouse and I lived in the same dorm at San Francisco State University. He actually taught me how to use a French press. So every time I see a French press I think of him. Most recently, we ran into him at a Primavera show and I was just thinking how amazing he’s doing and just finding so much success, and just how incredible it is to have our circles crossing over… His sound is just so amazing”.

As for how the band is currently navigating in these challenging times, Ayer shares, “We’re all definitely missing studio times. We’ve also got some new music to put out this year, but we’re trying to figure out all the proper logistics.” As for the exciting news, Ayer explains, “The band is currently fiddling [with] and sending various audio files to each other in hopes of a new and wonderful creation. The band is just also trying to figure out our new game plan in terms of content in general, like for example the process for simply recording a music video and still following protocols”.

Local Natives are excited and extremely hopeful. Violet Street Remixes will introduce their fans to some amazing new artists.

Freda Looker has been a music enthusiast since her mother first got her dabbing at a young age to Engelbert Humperdinck, The Beatles, and ABBA. Her passion still lives on today, avidly attending music festivals, blogging, and studying Music Business. She hopes to continue writing and engaging with like-minded music enthusiasts wherever the rhythms and beats lead her.
RELATED ARTICLES
featuresjaws of lovekelcey ayer