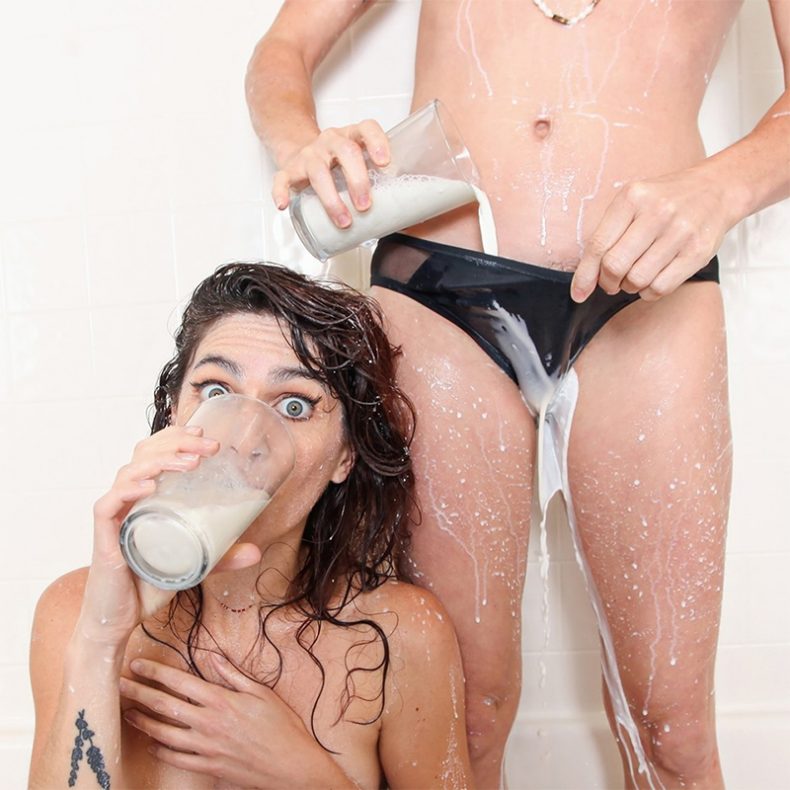 A CONVERSATION WITH THUNDERPUSSY’S MOLLY SIDES

Thunderpussy is seemingly unstoppable. Despite being in the midst of a civil suit regarding the right to copyright their name despite claims of it being obscene, Mike McCready’s favourite new band have returned with Milk It, a stellar EP which acts as their follow-up release to their critically acclaimed full-length, self-titled album released last year. Speaking on the band, their EP, and collaborating with both McCready and Red Hot Chili Peppers’ drummer, Chad Smith, lead vocalist Molly Sides tells all on what it’s like to be in Thunderpussy at such an exciting and pivotal time.

Speaking on their latest EP, Milk It, which was released on October 25 of this year, Sides tells me “It’s kind of a little journey… One song on there we recorded with Ruby [former drummer, Ruby Dunphy]; one song on their it’s just me and [guitarist] Whitney [Petty] and recorded in Mikes studio; another has Chad Smith; and another has Lindsey, who’s been drumming with us for a while. It’s an ode to the transitions, our little collection of stories”.

Talking about the writing, Sides tells me “I hesitate to say it’s always different but the way it comes out is always different and that’s the beauty of it. The EP is a bit of a collection of stories”. She continues, “that one, ‘On The Line’, I wrote as a love song a long time ago to Whitney about the subtle struggles and subtle triumphs of being with your bird – a bit of a love poem I would say… And ‘Powerhouse’ is a love poem for my mom ‘cause my mom is an incredible human being”. 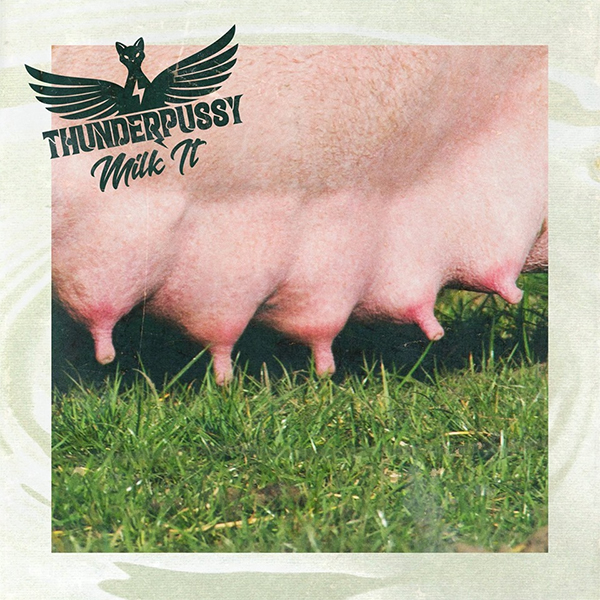 Having recorded their self-titled album with McCready, “On The Line” was initially recorded during those same sessions, making it the sole collaboration between the Pearl Jam guitarist and the band on this one. Sides reflects “they’re kind of taste testers; we worked with Josh Evans at one point, we worked at Republic Studios with Kyle and Tom on ‘Powerhouse’… I like to say it’s a collection of stories, as well as a collection of experiments and working with different producers”. That being said, it was McCready who connected Sides and Petty with Smith, who drums on ‘Powerhouse’, Sides adds “Mike is truly amazing and he is always willing to connect people through music and the performing arts… When Ruby left the band, we were trying out different drummers and Mike told Chad… Chad said he was interested in helping out and the joke became ‘well you don’t have a vagina’” she says with a laugh before continuing, “but Chad was amazing. He loves being in the studio and his roster of artists he’s worked with is insane. It goes to show, just ‘cause you’re known for playing with one band, we all have so much to offer even though he’s just known for his one thing – and that one thing is fucking awesome!”

Expressing her thoughts on the release of Milk It, Sides tells me “we felt ready to release some new music. This always felt like a miniature colour wheel of the shifts and transitions of our year – like a prologue or a little chapter to our next book”, the future for Thunderpussy looks bright. As of now, they are beginning to write and demo a full-length album’s worth of tracks for what will be their follow-up release and are looking forward to once again hitting the road. As I’ve stated before and told Sides, there really isn’t anything like a Thunderpussy show. Despite the slow process for obtaining the trademark to their name – “we are still waiting to hear about it… we’re ‘scandalous and immoral’… That was the name of our last tour” Sides mentions, there really seems to be no holding back Thunderpussy.

A passion for music has always been a part of Gerrod’s life. As a young boy, he was raised on a steady diet of the music from The Chili Peppers, Aerosmith, The Stones, Prince, and others from his mum. Raised in the GTA, Gerrod continued to foster his love for music by attending a wide range of concerts and learning the drums. His unapologetic passion for music has no bounds and has spread to a wide variety of styles, whether it be the 90’s rock that sound tracked his teenage years, the jazz he studied in university, or his newfound love for hip-hop. He recently received his bachelors in music and education from York University and is passionate about writing and reviewing good (and less than good) music. Gerrod is also the drummer and songwriter for a Toronto based rock & roll band, One In The Chamber.
RELATED ARTICLES
featuresmilk itnever know