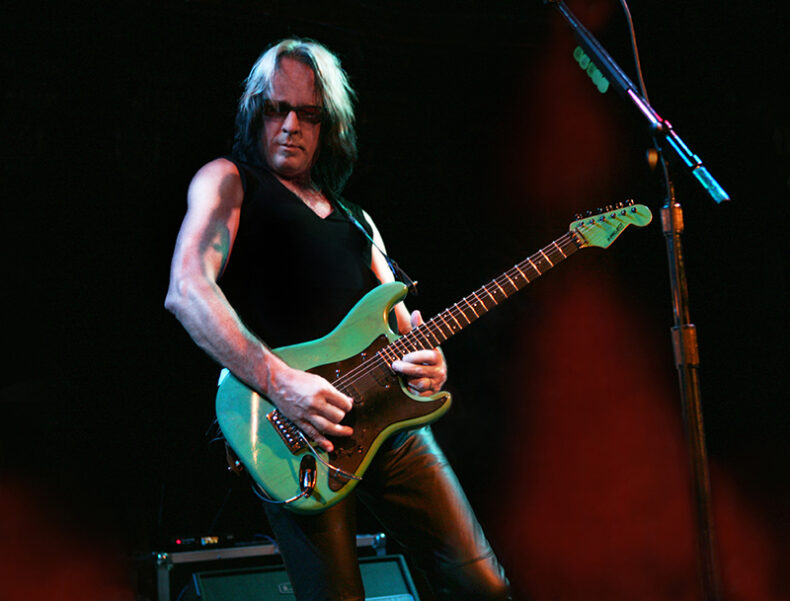 SAVING THE EARTH FROM NATURAL DISASTERS

A CONVERSATION WITH TODD RUNDGREN

What can be said about Todd Rundgren that has not been said before. Since debuting with the band The Nazz in 1967, Rundgren has carved out a name for himself as a brilliant writer, performer, arranger, producer and all-round genius. One look at the list of people he has produced speaks volumes as to how highly regarded he is as a producer. Sparks, Badfinger, Cheap Trick, Daryl Hall and John Oates, Meat Loaf, The Tubes, XTC, Psychedelic Furs and The New York Dolls are just some of the artists with whom Rundgren has worked.

And then there are his classic albums, both solo and with Utopia. From 1970 until 1974 he released a number of classic albums that featured stunning production for the well-crafted and well-produced, quite often with Rundgren handling the majority of the instruments himself. And keep in mind he was recording and releasing his solo work while with his band Utopia. And, these were not only well-received albums critically, commercially Rundgren has a number of hits. He had solo hits “Hello, It’s Me”, “Can We Still Be Friends?”, “Bang On The Drum All Day” as well as classics with Utopia, such as “Set Me Free”, “Hammer In My Heart”, and “Crybaby”.

So, it is no wonder that even though Rundgren has just released a new solo album, Space Force, he has also been busy with a number of tours. In all his busyness, Rundgren took some time out to speak with me recently.

“Coincidentally I just left Canada yesterday. We were doing the Celebrating David Bowie tour and we did a date in Quebec City and Montreal. The tour is still going, we are not yet in the middle of it. I have been on the road for almost the entire year on one tour or another. I was out on my tour, then I was out on the Rubber Soul/Revolver Beatle tribute thing, already three legs of touring with Darryl Hall and I will be doing another one before the end of the year. Just making up for all the tours that got delayed or canceled during the pandemic so it has been pretty hectic here.” 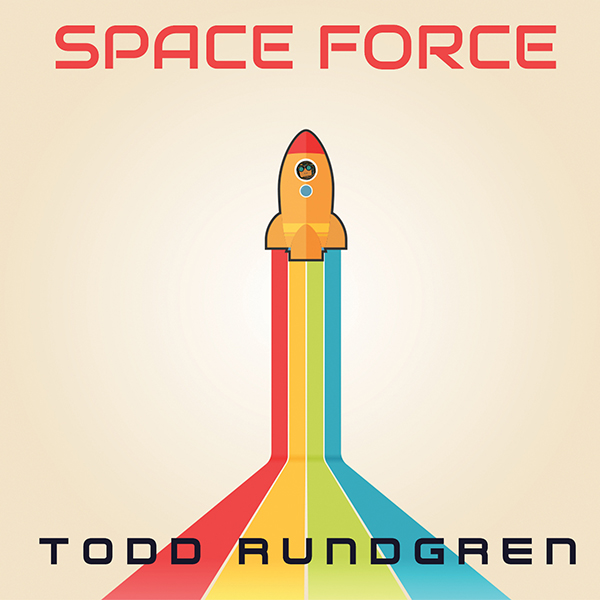 “White Knight was a collaborative record (he worked with a number of artists on that album as well). I live on Kauai, and it is very difficult to call a session, but now we have file sharing services and it is easier to collaborate with people in other parts of the world. I decided that I would get out my echo chamber and involve other artists in what I was doing. Both for the musical benefits it affords but also because for an artist to survive, you have to constantly refresh your audience. You have to constantly be looking for a new audience, especially if you are as old as I am, because my origin audience is starting to opt out involuntarily,” he laughed. “They get old to the point that they don’t go out much anymore or they die. So you have to refresh your audience, and a good way to do that is collaborating with someone. You get exposed to their audience and they get exposed to yours. That was the original concept behind White Knight.”

However, even though there are similarities between 2017’s White Knight, there is a key difference that creates a very different album.

“When I got to this record I had written and sung most of the material on White Knight and I thought I need to go a little bit further if I truly want to claim to be a collaborator. I decided to have the people I ask provide the potential seed for the ideas and see what would happen. I would ask them for a demo they worked on but didn’t finish, sometimes I would get ideas. Rivers Cuomo, for example,  is so prolific that he sent me about two dozen ideas to choose which ones to focus on.

And although all of the artists provided Rundgren with the genesis of a song, the album still has a consistency and holds together very well. 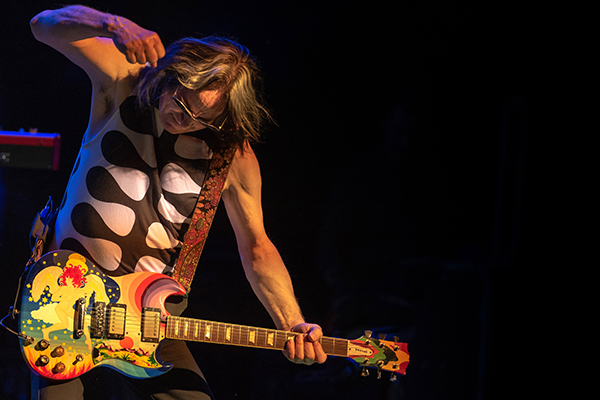 “Well, its got my ear on it, the way I hear things, so, when people give me the raw material, I am bound to push them in a certain direction and that makes it a degree of self similarity, that wouldn’t be there if there was a different producer on every song.

The album title, Space Force, has an interesting history and origin.

“It started as a joke, when Trump was talking about a new branch of the military called ‘The Space Force’, which just brought to my mind Thunderbirds or something like that. You know the puppet show where everybody flies around in these very exotic aircrafts battling bad guys and saving the earth from natural disasters,” he laughed. “It was hard taking anything out of that guy’s mouth seriously. I can’t call the album what I would like to, that won’t work, so I just started using Space Force as a working title and it turned out to be the actual title of the record.”

Given what has been happening in the U.S.A. since Trump was elected, it was near impossible that the album would be void of social commentary. Rundgren has never been shy of expressing an opinion about politics. One such example is 1982’s Swing To The Right.

“It was a challenge avoiding it. It was a challenge for not letting it swamp the lyrical ideas, so I managed to get it down to just one angry song, the one I did with Rick Nielsen (“STFU”), and deal with other topics on the rest of the record. Often these were humorous topics because I wanted to make a fun record and I wanted to make it seem like a series of singles rather than a concept album. That is why each song is so different from the others, it was by design.”

For Rundgren, using technology, the internet and new methods to record is nothing new. As an artist and producer, Rundgren has always been ahead of the curve when it comes to new technology and new recording techniques. Recording this album in the manner he did is really nothing new and Rundgren demonstrates how new technology is something to embrace. 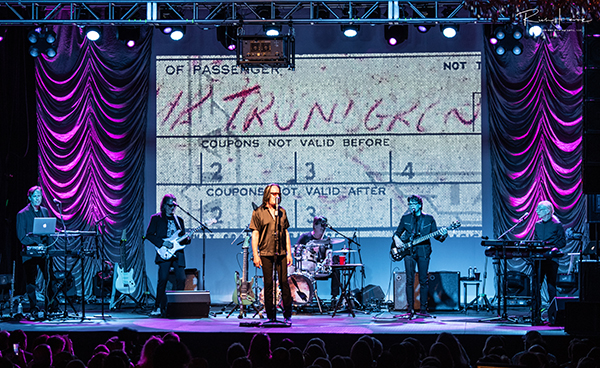 “My dad was an engineer,” recalled Rundgren. “He worked at a paint plant, Dupont, and essentially kept everything, all the machinery and systems up to date. When he was at home he would do things like build his own hi-fi from plans and popular electronics. Sometimes he would bring things they were working on in the labs at Dupont like the first time I saw what became Silly Putty, it was something they were working on at Dupont. So I grew up unafraid of technology. I knew in high school it would be some factor in my life because I wanted to be a computer programmer. So when I graduated from high school I thought I would either be a musician or go and learn how to programme computers. Luckily I became a musician but that gave me the freedom, when personal computers started to appear to teach myself how to programme computers. So before there was digital recording or anything like that, I was already writing computer code and that is kind of part of what happens if you are not afraid of technology.”

But Rundgren is clear that technology is a tool, another instrument, not used just for the sake of using some cool technology. As he related to me, “It doesn’t mean I love it, and use it regardless of whether it makes sense or not, but I realized the importance of what you can do with it, and that happened early on with The Nazz records.”

The end result of using technology and the internet is the new album, Space Force. An album full of different songs by different artists, all of which gets that special Rundgren treatment. The end result is a brilliant new album.

“A lot of it is about reminding people of other artists. One of the great things about collaborating is exposing yourself to a new audience and exposing your collaborators to your audience. The funnest part of it is rediscovering artists you may have forgotten about. Thomas Dolby hasn’t put out a record in ages. It is fun to hear what happens when two or more artists get together and pool their ideas, but it is also fun to catch up on where some of these artists have been. What is Sparks doing, what is Neil Finn doing? It can be someone you never heard of before but suddenly you have a new interest in. That is the best part about it. Discovering the other people and what they are up to.”

Born and raised in Whitby, Aaron discovered music through his love of The Beatles. This led to a career in radio, writing for various publications, and ultimately a radio show about The Beatles (Beatles Universe), which ran for over four years. When not immersed in music, Aaron enjoys spending time with the loves of his life -- his wife Andrea, and daughters Emily and Linda (all of whom have an intense love of music too).
RELATED ARTICLES
cleopatra recordsfeaturesthomas dolby
8.0

by Aaron Badgley on December 2, 2022
Nazz Lost Masters & Demos Purple Pyramid Records/Cleopatra Records Nazz exploded on the scene in 1967 with their debut single “Open My Eyes”, which was a commercial failure at the time [...]