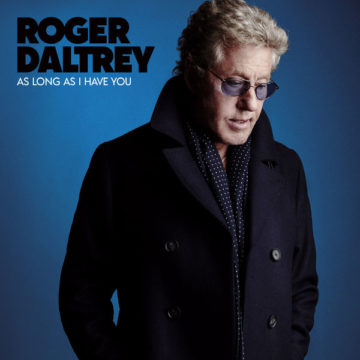 Roger Daltrey
As Long As I Have You
Polydor Records

Roger Daltrey is well known as the voice of the legendary rock band The Who. He has had some solo success as well, and has finally released his first solo album in almost 25 years, As Long As I Have You. The album has been released on Polydor Records and boasts a very nostalgic sound.

Daltrey has always been heavily influenced by strong soulful R&B music. He reconnects with those roots with this new album. The 11 song album has eight covers and three originals, but they all have a very original feel. Daltrey never once sounds like he is doing a cover. Each song sounds like a Daltrey original. It definitely helps that Pete Townsend makes a few appearances as the guitarist. This allows for some of the more upbeat rock songs to sound very comfortable and reminiscent of The Who.

Although Daltrey is older and showing some signs of wear with a slightly more gruff voice than in his younger years, he can still belt it when necessary. The album has a great feel and will be a welcomed return for any fan of The Who, as well as any fan of strong soulful tunes. It does dual justice, but doesn’t do anything too drastic to draw incredible attention or any hate.

The Spill Magazine is a Toronto-based online publication dedicated to covering the independent music scene with a strong focus on our thriving hometown talent. Our writers bring you up-to-date news, in-depth features on musicians and reviews for the latest CD releases. We also travel to the front lines for all local festivals including Canadian Music Week and North by Northeast. Don’t forget to check out our Facebook and Twitter pages for all daily Spill updates.
RELATED ARTICLES
album reviewalbum reviewspolydor records
9.0