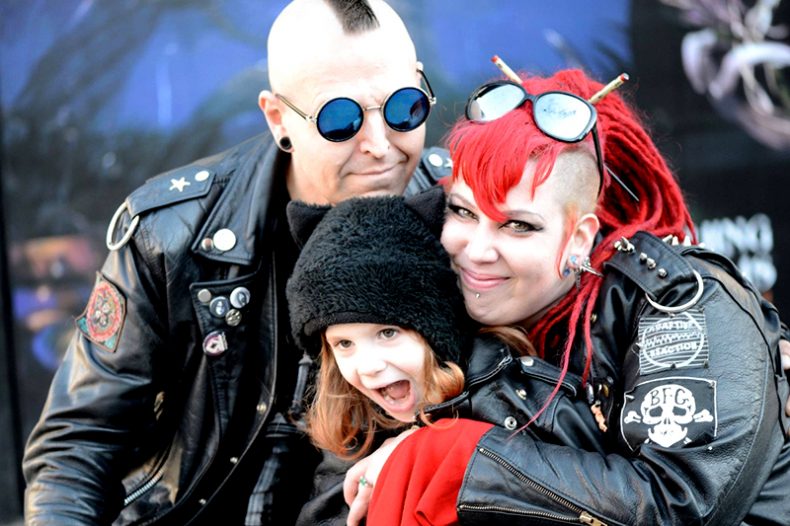 Five and a half years ago, I arrived in Toronto with a few heavy suitcases and the receipt of a 3-month payment for a bed in a dorm at the HI-Toronto Hostel. Feeling lost would have been quite the understatement. I did not know my way around town and would often get lost in public transit or use cabs for distances that were walkable, not just in my disoriented head. In spite of my lack of direction, music does guide me in clearer ways, so there I was for the first time at the Bovine Sex Club on May 14, 2015 fulfilling my 1995 angsty dreams listening to En Esch and the glorious Mona Mur.

And you were there Lex, I heard your laughter before I saw you. Heard it booming so fantastically, so vibrant and joyful. Then I saw you. Amazon-like, goddess-like, larger than life in a mighty way, powerful in a feminine way, a punk film noir, you wrapped the nightlife of Queen Street West around your manicured fingernails like it was nothing, and it all bowed down before you.

During an intermission outside, many girls were around you asking to have their photograph taken with you, posing in awe besides your imposing figure. They had not been past the wretched pieces of metal and bicycle parts that adorn the entrance of the Bovine, they had just been passing by, but as soon as they saw you they were captivated by what a Wonder Woman you were, and that was just the surface.

You knew that just like those girls, I did not hear you sing with Adaptive Reaction at Bovine Sex Club either, instead I was going back and forth from Bovine Sex Club to Nocturne, because Ian Revell from Double Eyelid was playing there that night. Unknowingly, I was going to see you again very soon. Just over a month later, on June 27, 2015, I headed to Nocturne to fulfill another dream of mine – as I often did in those days, and this time it was to see the Canadian synthpop legend Rational Youth.

And there you were, the bright red dreadlocks, the red lipstick, the glittery eyeshadow, the flawless nails, the tight leather corset, the shiny boots of leather, and the laughter, echoing in the darkness of the now long-gone haunt. Glass Apple Bonzai was opening, and you were called on stage, just like in their album you were a guest on the vocals of a beautiful song of loss and longing, “An Astrophysicist Love Story I”. Your command of the stage and the way you were fierce yet frail caught my attention immediately: I needed to hear more of your music and that I did. 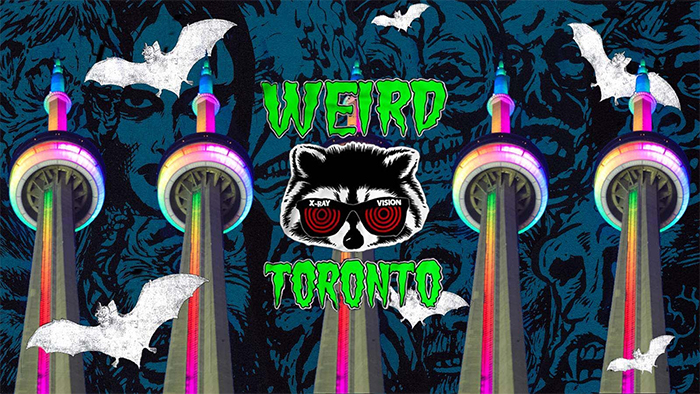 You were a lioness as the front of Adaptive Reaction, side by side with your beloved Myke Adaptiv, you ignited the band with passion, professing your love for him and your hatred for everything that was eating away the venues, the after-hours, the underground where you thrived and flourished and were queen. You loved him like no other and you loved Kensington Market.

You showed me around the ropes and introduced me to people who have changed my life forever, artists such as Mike Lax and Corpusse Ashton, venue owners like Gwen Bang, iconic women such as Barbette Kensington and Mistress Syd, you gave me the confidence to go out there and photograph the music scene, you took my mother to celebrate Christmas with the BFGs, and it was one of her happiest since my dad’s passing. There were all of those private moments, away from crowds, whenever you’d unveil songs very few had heard was a privilege, your artistic sensitivities on stage or in canvas or in the kitchen made this world so much more palatable.

Then there was that one afternoon you came to visit me with your family where I always was on a Sunday: Grossman’s Tavern. My happiness reached astronomical levels when you and the New Orleans Connection All-Stars Jazz Band agreed that you were going to sing. Regulars and passers-by alike were puzzled, you were Robert Crumb’s dream woman, wrapped in leather, the tight black leggings, the knee-high leather boots, your corset, the tight lace bustier, yet that frailty that made you so real. You turned around and the band was ready.

In the hundreds of times that I have heard bands at Grossman’s Tavern, a crowd had never been so silent. Not even the pool table and the back of the bar made a sound. Time stood still. You gave it your all. You did not hesitate one note, one breath, you sang “Summertime” as if no one had ever done it before, as if the song was yours and yours alone. I knew you could do that with most jazz standards, I knew you could do that with almost any song. Your voice had dimensions beyond his realm. The applause erupted, I scanned the crowd, some were crying and not bothering to wipe the tears in their incredulity. And that sense of awe and ultimate connection happened whenever music and you were one.

The flood of memories has wrapped me in the love that I have lost: your love. I know that from the heart of Kensington Market which was also your heart, to the rest of the Toronto, to the rest of Ontario, and Canada and the world, there are thousands remembering you, crying the loss of you, and being grateful that you touched our lives so deeply. You had a way of doing things, that simply by being you even when that meant fighting against almost everything that you had to fight against, through your remarkable yet unfairly short life. Your kindness, selflessness, and devotion will live on. In dog we trust, until we meet again.

Contributions To Lex’s Family Can Be Made Via

Canadian based Venezuelan Journalist. Passionate about silent films, cats, dancing and live music of genres as varied as EBM, ska, post punk, punk, jazz and swing, among many others.
RELATED ARTICLES
featurefeatureskensington market

by SPILL NEWS on August 18, 2018
ARETHA FRANKLIN PASSES AT 76 This week the music world lost a treasure. Known as the “Queen Of Soul”, Aretha Franklin passed away following a long battle with pancreatic [...]