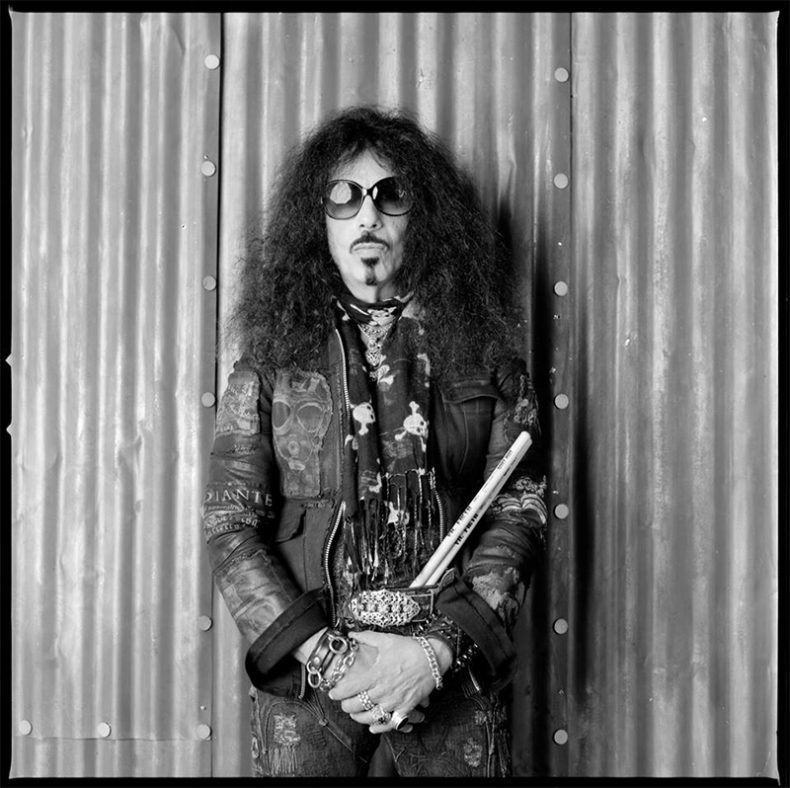 FOR ONE NIGHT IN MILAN METAL HEALTH DROVE ‘EM MAD

Quiet Riot has been around for a lot longer than some might think. Forming in 1975 (featuring a young Randy Rhodes), they took their name from an interview with Status Quo’s Rick Parfitt. He said he would like to name a band “Quite Right”. Of course, with his thick, working class accent, it sounded more like “Quiet Riot”, and the band, previously known as “Mach 1” and “Little Women”, adopted this as its new name. After releasing a couple of albums featuring lead vocalist Kevin DuBrow, the band broke up in 1980.

“In 1980 I started playing with Kevin (Dubrow).. In 1982 we switched back to Quiet Riot. There have been so many personal and professional memories since then. Playing the US Festival in 1983 and going on at 11:30 in the morning and playing to over 300,000 people. I mean, come on! And growing up in New York City, playing Madison Square Garden was a thrill as was playing The L.A. Forum, a high watermark for any band”.

And even in 2018, Banali is creating new memories with Quiet Riot, who has continued as a band since 1982, with member changes. The current lineup features old and new members. Banali is the longest standing-member, drumming for the band since 1982, though he took a few breaks here and there.

One of those performances has been captured on CD and DVD. Their most recent album, One Night in Milan captures the band at their debut performance in Italy, in 2018, an example of one of the new memories Banali is forming with the band.

“We never played Italy before. What happened was we were touring in 1983 when Mental Health broke, and became a number one album. Between 1983 and 1985 there was a huge demand in the United States. We did a handful of shows in the UK and Germany, but we just didn’t have the opportunity to play elsewhere. We spent our time in the US, which was gratifying. But playing in Italy allowed us to play to our Italian fanbase but also fans came from all over Europe. It was our only show in Europe, actually. We were invited to The Frontier Music Festival. We are really really fortunate to have this strong fanbase. Let’s face it, without fan support, the band would not exist”, Banali says. 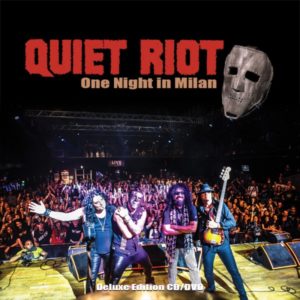 ONE NIGHT IN MILAN ALBUM REVIEW

DuBrow left the band in 1987 and formed other bands until his death in 2007. His passing was a tremendous blow to the band and especially Banali, who had worked with DuBrow for all those years and counted him as a friend.

Since DuBrow, the band has had a number of lead vocalists, the latest of which is James Durbin.

Explaining Durbin’s arrival, Banali says, “We needed to change singers, and Alex was working with James on a side project. I watched him on American Idol, the only episode I have ever watched, where he sang with Judas Priest. I thought the kid sounded great. The thing is you don’t know a person until you work with the person, you don’t have the luxury of spending time, you jump right in. It is his second year with the band and it has worked out really really great. To have a vocalist with us there are two considerations.”

“First, everyone knows what Kevin DuBrow sounds like, and the singer must be able to hit those high notes. Second, DuBrow was one big ball of ham on stage, and I know because I sat behind the drum kit watching him on stage for years. James is like that too, and everybody is happy”.

Banali takes pride in the honesty and integrity of Quiet Riot, which comes into play with live albums. One Night in Milan is a recording of just that: one night in Milan.

“I told the guys in the dressing room, there is no fixes”, Banali remembers. “We are recording, and everyone must deliver. No fixes after the fact. There were these big giant eyes staring at me. Nothing was overdubbed in the studio, the performance that night is what you hear on the album.  But we delivered. And this is only the second live album we have released”.

Banali is an artist who has been around, paid his dues, and succeeded in a tough industry. But as big as Quiet Riot is (and it is huge), it too is impacted by the changes in the music industry.

As Banali explains, “The music industry is not in a very good place or a stable place right now. But Quiet Riot recorded and released albums throughout the 1990s when it seemed people were not interested in heavy metal. Live performance is important and I love playing drums and playing Quiet Riot music. And we keep progressing. Small steps, then larger steps. You have to keep moving in a musical direction”.

But for Banali, it all comes back to the music and albums. He has a love for music, all kinds, and a love for the original format, vinyl.

“My first albums two albums, my dad gave me, two jazz albums and I still have them”, he reflects. “The first album I ever bought was either Introducing the Beatles or Bill Haley, Rock Around The Clock. I have over 3500 albums now. Last night I listened to Hendrix’ Are You Experienced and Leonard Bernstein’s Bartok for Concerto for Two Pianos. Vinyl always sounds better, you can never replace the warmth of vinyl”.

Born and raised in Whitby, Aaron discovered music through his love of The Beatles. This led to a career in radio, writing for various publications, and ultimately a radio show about The Beatles (Beatles Universe), which ran for over four years. When not immersed in music, Aaron enjoys spending time with the loves of his life -- his wife Andrea, and daughters Emily and Linda (all of whom have an intense love of music too).
RELATED ARTICLES
condition criticalfeaturesfrankie banali
8.0