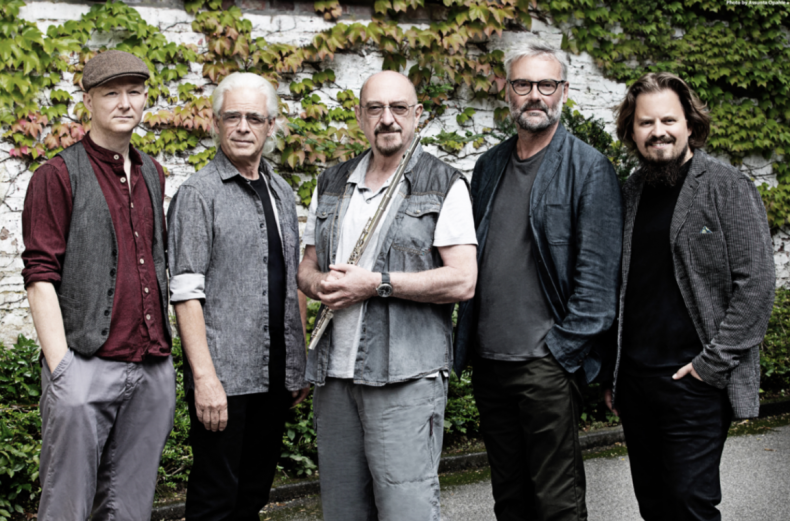 NOT A BIBLICAL ALBUM, BUT A CONCEPT ALBUM WITH THE BIBLE AS ITS SOURCE

It has been 19 years since there has been a new Jethro Tull album, their last being The Jethro Tull Christmas Album. There have been a number of live albums and box sets of their classics. Ian Anderson is quick to point out, that along with numerous solo tours he has been very busy with a lot of other projects.

“I was very busy from Thick As A Brick 2, I edited the book The Ballad Of Jethro Tull, I contributed a lot to the book and then I went on to start work on the compiled Ian Anderson Lyric Book (Silent Singing: The Complete Collected Lyrics of Ian Anderson), recording a string quartet album. Also Homo Erraticus, then started this project and other things. I am usually quite busy.”

Now, Ian Anderson and company are getting set to release a studio album of all new material, The Zealot Gene. Jethro Tull burst on the scene in 1968 as a blues/rock band but very quickly started changing their sound. Throughout the 1970s, they had several number one albums (Thick As A Brick, A Passion Play) and several other hugely successful and influential ones. And now they are back with their complex new release.

The album, while exploring today’s polarization of right and left, has its origins in a very interesting source. “The album as a whole began in 2017, when I decided to write a series of songs about high level emotions, you know extreme emotion and I wrote a list of words, a list of emotions. Some were good, like loyalty, compassion, fraternal love, erotic love, spiritual love and some bad stuff like rage, and jealousy, anger and vengeance. I looked at the list and wanted to write a song about each of these emotions, conditions. I looked at my list and thought it reminds me of words I remember reading in The Bible, so I did an exhaustive search of The Bible, to find examples of biblical text , which exemplified these different kinds of emotions and I copied and pasted these texts as a point of reference when I was writing the lyrics, not that I included any of the Biblical text in my lyrics, but it was just there as a reminder how that played in different parts of The Bible.” 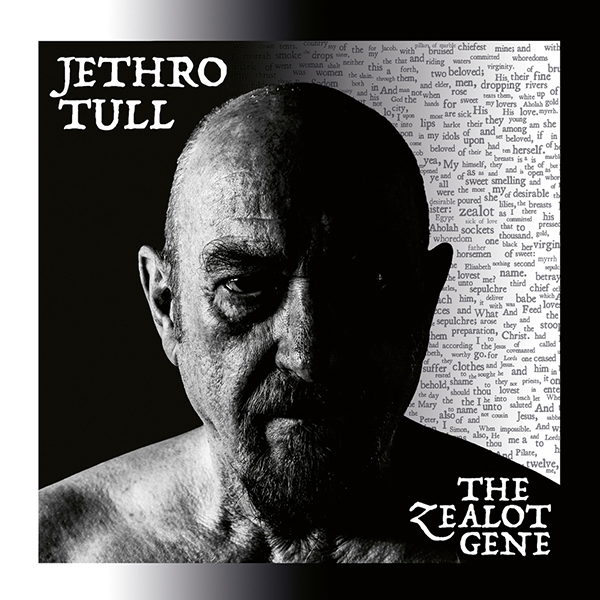 That does not mean it is a Biblical album. It is a concept album, which has The Bible as its source. “… the songs that I wrote, with the exception perhaps of one, maybe two, are applicable to the present day. They are real life scenarios in terms of today’s world. The Biblical text is just there as a connecting factor. It acts like an umbrella for the album. Having found those examples, it seemed to fit into my intellectual curiosity to find out those points of reference and keep them connected as a source of remembering what I was writing about. Sometimes it served as a metaphor for things today in a much more detailed way.”

Anderson is also quick to point out that, although the recording of the album started in 2017, the band did not spend a great deal of time recording The Zealot Gene, and the title track had been a concert favorite long before the album was finished. “We actually performed that track in two concerts in 2020 before the pandemic scuttered our chances. We have been performing it this year as well. I thought it was quite a good, keynote song for the album to introduce to our fans live on stage. We played it on stage, exactly like it was on record, because all the tracks, the seven songs recorded in 2017, were done in a pretty live context in the studio, playing together. The other five had to be postponed until the beginning of this year when I gave up hope of us getting back together in the studio. I recorded alone, with an acoustic and a few other instruments and a few of the guys sent some contributions by audio files, I could integrate into the final mix.

That is how the album came about, it seemed like a long time ago since we began but if you look at the number of hours it took to record it it was about the same as I would normally spend writing an album. Five days of rehearsing, four days of recording and that was seven songs. The other ones I recorded one a day at the early part of the year. It was split up over a long period of time.”

Jethro Tull has always been known for its fantastic packaging and incredible cover art for their albums. The Zealot Gene is no different, although the cover is somewhat stark compared to their earlier albums. But the sleeve design is directly related to the actual album. “The album cover was a photograph I took, a self-portrait I decided to in a way depict the idea of a the black and white scenario the polarized opinions by lighting it starking, the black and white and the background is reversed the other way, it was just a way of depicting the starkness and contrast of opinion making.”

The second single from the album has a much more Jethro Tull feel to it and a subject matter that is close to Anderson. “The disturbing reality of young girls out on a wild night out, which as suggested in the song they do every week. Every Friday or Saturday night they go clubbing and get inebriated, drunk, drugged or whatever it might be, and hopefully make it back home unscathed. But it is the nefarious nature of being very vulnerable in a state of inebriation that makes me very sad. As a father of a daughter and a grandfather of a granddaughter, it makes me very sad that in the real world. I see it on a regular basis. In the U.K., out performing and it happens to be a Friday or Saturday night, I can’t escape the fact that I witness young people in various states of undress, drunkenness, throwing up on the pavement and it makes me very sad. Whilst I can feel a degree of compassion, I also feel anger that people are…that it is their idea of a good night out, something you can’t remember the next day, it strikes me as a waste of time, money and dignity.”

Jethro Tull is back with a concept album, an album that Anderson is deservedly very proud of and that is very important. Anderson is not shy about expressing his opinions and observations about the world. And, along with his band, he has produced some of Jethro Tull’s finest music.

For Anderson, the album brings the big political and Biblical issues to the individual and how they are faring in society.

“I have been asked how the pandemic affected the writing of this album, and, of course, the answer is not at all. Because I completed all of the writing back in 2017. It was done and dusted, I didn’t change any of the lyrics to do with pandemic times. The pandemic only comes into play when it delayed with the completion of the album and along with other aspects of my life.

Born and raised in Whitby, Aaron discovered music through his love of The Beatles. This led to a career in radio, writing for various publications, and ultimately a radio show about The Beatles (Beatles Universe), which ran for over four years. When not immersed in music, Aaron enjoys spending time with the loves of his life -- his wife Andrea, and daughters Emily and Linda (all of whom have an intense love of music too).
RELATED ARTICLES
featuresian andersonjethro tull