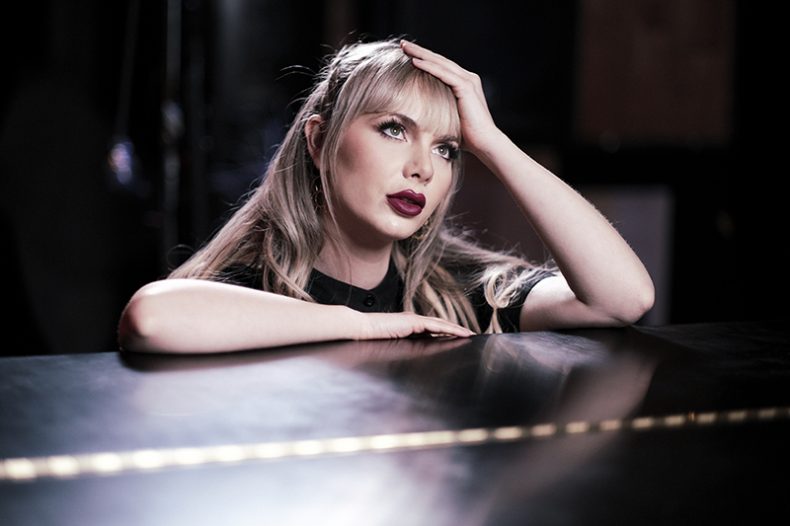 NEVER HAD A WISH COME TRUE

A CONVERSATION WITH KANDLE

Kandle Osborne, known as Kandle, (“it is a weird name, but I didn’t pick it”, she laughs) has been making music for over 10 years. She has grown up with music, being the daughter of 5440’s Neil Osborne. Growing up, Kandle found her own voice. Since bursting on the scene in 2012 she has stood out and not been afraid to take risks, musically, visually or in terms of her own career. In 2021 she decided to go totally independent, and her new album, Set The Fire, has just been released on vinyl, CD, and streaming services.

Kandle has had a great deal of success and has established a name for herself. However, going independent is never an easy task. The music industry, as she points out, has some obstacles. During my recent conversation with her, she outlined the difficulties and process of going independent.

“It is very difficult, there are a lot of challenges. I am glad I took my time with it, and tested it out. As soon as I became independent last year I started by releasing an EP I made as I was waiting out my legal battle for my freedom. I just wanted to see if I could do it. I had no expectations and no idea if it would work at all. I started to slowly build a team, and tried to figure out how to be my own label and my own manager for the first time in ten years. There was a total learning curve but the knowledge I have now is a whole other level of feeling empowered. It is stressful and a lot more work than I’ve ever had to do before but that freedom of having total control and being able to surround yourself with a team that you picked. People that want to work with me and I want to work with them. Together we’ve been building this over the past year.”

Her latest album’s title, Set The Fire, has a little family history attached to it. “It actually came from my dad. I was trying to find a name for my record, and since my name is Kandle why not have a fire related title. I have had In Flames and Holy Smoke, and I was playing around with all these different ideas and my dad, his first record was called Set The Fire, and he jokingly suggested I take it and use it for my record as well. It just seemed kind of special that way. I don’t know how long the Osborne name will be carried on, there are no kids. Album titles are something we can pass down in our family.” And the title also reflects her newly established independence. “I like the idea of setting the fire rather than being burned by it. It is more of an empowered state, and I am at the point of my career, being independent for the first time and taking control for the first time.”

Music is only part of Kandle, as she has other artistic outlets. In addition to music, she is keen on fashion and personal style, cooking, photography and art. She has also started a collection of dark comedic illustrations highlighting sexism in the music industry. For Kandle, it all connects. 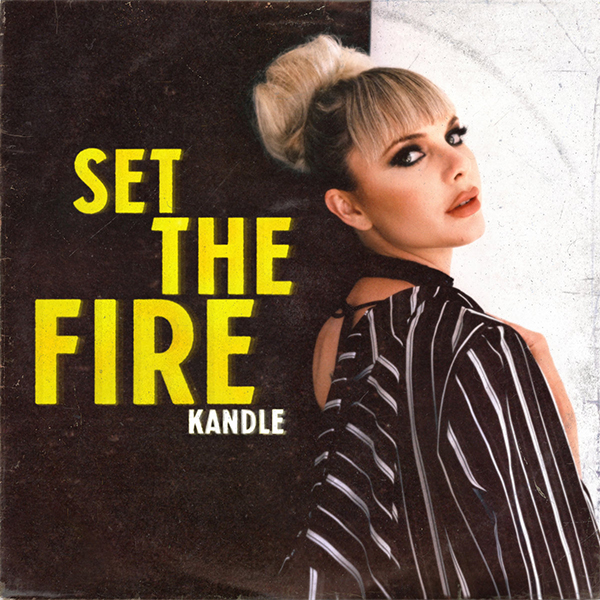 PURCHASE SET THE FIRE VIA BANDCAMP

“I thought visual arts was going to be my career. I went to photography school out of  high school and I have always been into the visual arts. Being able to have a career as a musician has been so exciting for that side of me as well. Each project I do I can create a video. I can do the artwork, I can tell stories.  It all ties together for me. I have never written a song without visualizing how it should look at the same time.”

She is also selling candles along with other merchandise. Candles she made. “I can’t believe how long it took me to do it. It was my mom, we had a craft day and we made them together,” laughs Kandle.

Kandle has had some help from friends on the new album, and the names may seem familiar. Friends such as; Michael Rendall, Dave “Rave” Ogilvie, Dave Genn, Louise Burns, Nik Pesut, Kendel Carsen, and Debra-Jean Creelman all contributed to the project. “I feel very grateful I have such amazing friends around,” she states. “I have been making music for ten years now, and along the way I have worked with these wonderful musicians and producers and talented people. When I had some hard times, stuck in my contracts, I had no money, I lost my home, I lost everything and  these people all stood by me and still wanted to make music with me. I had nothing to offer them. That just made it all the more special to me and having those people bring their talents and beautiful voices to my project made me over the moon.”

And on Set The Fire, she had the opportunity to co-write with friends, such as Liam O’Neil from Kings of Leon on the incredible song “When It Hurts”. “It was an instrumental idea that Liam had, and he sent me this instrumental idea and said ‘let me know if you want to work on this’, and I sent him back the vocals and melody and said ‘yes please’”.

In the end, Kandle hopes that others get from her music what she has gotten from the music that she has loved over the years. “The same thing any artist hopes when they release music. The listener can find one lyric, or one song, that they find a way to relate to it. That’s kind of the whole point of it for me and why I love music so much. I discovered those songs, those records, that are the soundtrack of my life. I swear that the artist wrote it for me, those kinds of things.  And that’s what anyone hopes for their music, that it connects with people.”

With the honest music she has created over the years, it is a certainty that people have connected with Kandle and her art. She has touched on areas that are often not discussed, let alone sung about. “I was reviewing my past catalogue. It kind of broke my heart a little bit. All these songs, very very dark and clearly words and music of a very miserable young woman who was dealing with a lot. Abuse, sexual assault, depression and I am so amazed I managed to create music in that state. But now I am in a place where I am ready to let that go. I experienced a lot of trauma in my life, and music was how I dealt with it and got it out of my system and released some of that anger and bitterness. I am looking forward to not holding on to that for the rest of my life, taking my power back and owning who I am and looking forward to now.”

Born and raised in Whitby, Aaron discovered music through his love of The Beatles. This led to a career in radio, writing for various publications, and ultimately a radio show about The Beatles (Beatles Universe), which ran for over four years. When not immersed in music, Aaron enjoys spending time with the loves of his life -- his wife Andrea, and daughters Emily and Linda (all of whom have an intense love of music too).
RELATED ARTICLES
featureskandleneil osborne