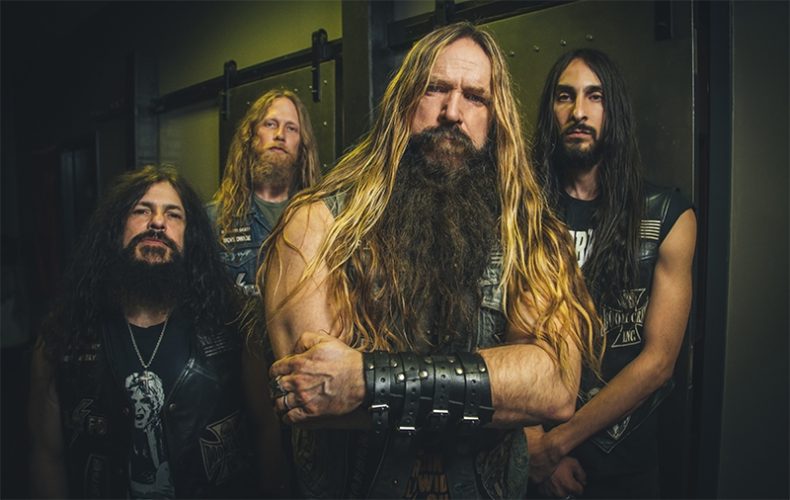 A CONVERSATION WITH ZAKK WYLDE OF BLACK LABEL SOCIETY

Currently on tour ahead of the release of his 10th  studio record with Black Label Society, Zakk Wylde is synonymous with hard rock and the electric guitar. The Viking among men, who eats guitars for breakfast, has become one of the most iconic guitar heroes of the last two decades and their upcoming album, Doom Crew Inc. is a testament to just that. Speaking to me from backstage at Chicago’s House Of Blues ahead of that night’s performance, Wylde walked me through the making of Doom Crew Inc.

Doom Crew Inc. is a monster of a rock ‘n’ roll record. Consisting of a dozen tracks, Wylde and his band deliver crushing riffs (“Set You Free”, “Forsaken”, “Gather All My Sins”), stirring ballads (“Love Reign Down”), and jaw dropping solos (each and every song) all with explosive results. Reflecting on the writing process, Wylde explains, “I approached it like every other Black Label album. I had a month to write the record before the guys came out to the Vatican [Wylde’s home studio, The Black Vatican], so I went out to my gym where I’ve got an amp – a little volume, some reverb so it sounds like I’m in Madison Square Garden by myself – and I just start writing riffs.” Expanding on his creative process, Wylde elaborates, “I don’t write a bit and a piece or use a left-over riff. As soon as I start, I’ll finish the whole thing.” By the time the band – guitarist Dario Lorina, bassist John DeServio, and drummer Jeff Fabb — arrived, Doom Crew Inc. was not only written, but Wylde’s guitar was already recorded allowing for Fabb and DeServio to lay down their parts following the structure and leadership of Wylde. What is most surprising about this is that Doom Crew Inc feels like such an organic hard rock record that it is hard to imagine it not coming from the four musicians sweating it out in a studio together after months of honing each song. The actual process behind the record demonstrates the natural cohesion of the band while also allowing for their powerful performance, as individual musicians and as a group, shine.

Afterwards, Wylde constructs his vocal melodies and writes the lyrics before approaching the guitar solos, stating “the last thing on the record, the icing on the cake, the cherry on top, is the solo… Dario is playing his ass off on his solos, I’m more like a bull in a china shop whereas he’s like a gazelle – he’s just more legato and smoother. Between the two of us trading back in forth, the harmonies, the unison lines, I’m really happy with how the whole thing came out.” The resulting album is a one-way ticket to shred city featuring some of Wylde’s greatest solos in some time. While he mentions “Love Reigns Down” and “Farewell Ballad” as some of his favourite solos on the record, the extensive solo section of “Gather All My Sins” is exceptional, while “Gospel Of Lies”, “Ruins”, and “Destroy & Conquer” are also high points on the album. Speaking on sharing solos with Lorina, Wylde continues, “It came out really cool, going back and forth between us. It really grew out of the live shows, he’s just doubling things with me – some of the older stuff like “Suicide Messiah”, “Stillborn”, and obviously, he plays all the solos when I’m on the piano – that’s why I extended to the solos while writing the record. 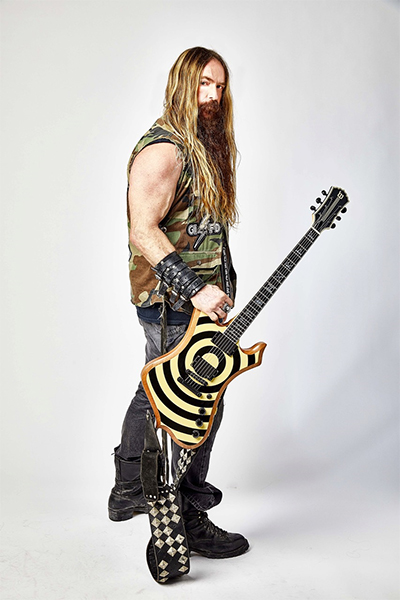 With each passing record, Wylde continues to establish himself as one of modern rock’s most crucial guitarists, earning a spot on what he considers “Mount Riffmore” (“Between Cream, Mountain, Sabbath, Zeppelin, or Deep Purple, anything in that vicinity you can’t help but get inspired by”). Doom Crew Inc. is one of the strongest hard rock records to drop this year that continues to deliver a more refined songwriting voice to the Black Label Society catalogue, while also reconnecting with the band’s early music in terms of pure ferocity. At the forefront of the record is the performance. Wylde and his crew live up to their outlaw imagery with a raw and powerful display of musical performance that is nothing short of badass. It is this that ultimately continues to push the band forward with each passing record, making Wylde and Black Label Society such an important band for both rock and metal. While the band will continue to tour extensively throughout 2022 in support of Doom Crew Inc. Wylde has also finished recording his guitar parts for the forthcoming Ozzy Osbourne record.

A passion for music has always been a part of Gerrod’s life. As a young boy, he was raised on a steady diet of the music from The Chili Peppers, Aerosmith, The Stones, Prince, and others from his mum. Raised in the GTA, Gerrod continued to foster his love for music by attending a wide range of concerts and learning the drums. His unapologetic passion for music has no bounds and has spread to a wide variety of styles, whether it be the 90’s rock that sound tracked his teenage years, the jazz he studied in university, or his newfound love for hip-hop. He recently received his bachelors in music and education from York University and is passionate about writing and reviewing good (and less than good) music. Gerrod is also the drummer and songwriter for a Toronto based rock & roll band, One In The Chamber.
RELATED ARTICLES
black label societydoom crew inc.end of days
8.0