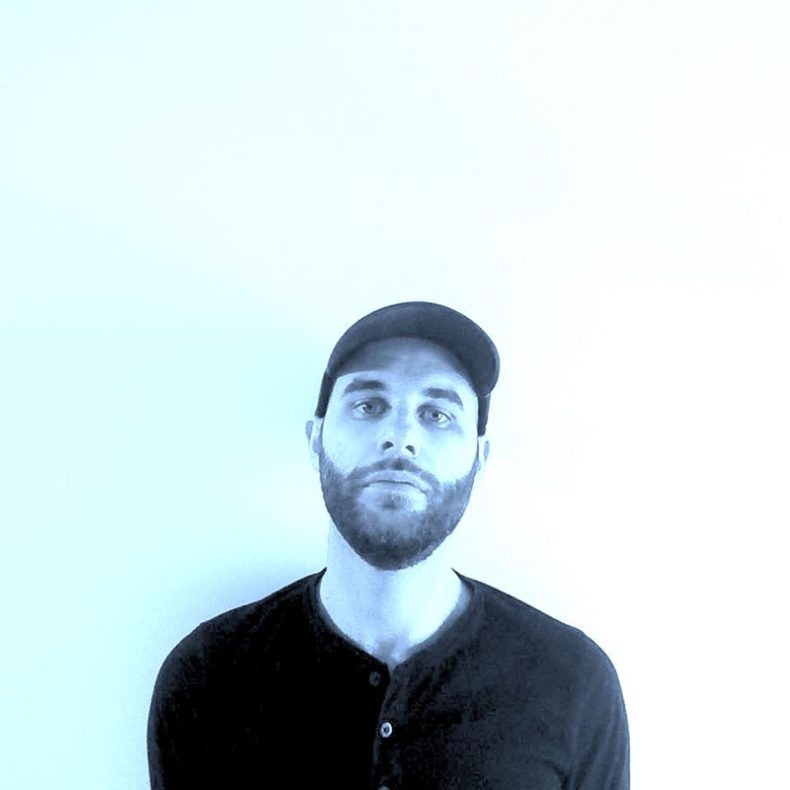 AN INTERVIEW WITH QUIET DOMINO

The brain child of San Franciscan singer/songwriter Mark Nelsen, Quiet Domino is getting ready to drop their debut single “Metropolium” on May 19th. Recently we caught up with Nelsen to ask him about his new project, the creation of the word “Metropolium,” and his future plans with Quiet Domino.

I understand that Quiet Domino is a new project for you. What led to its creation?

The idea to make electronic music was always in the back of my mind, but I had no clear no plan for a stand alone project until last year (2016). The name Quiet Domino comes from a Wilco lyric. I have no idea what its supposed to mean by itself but I like the imagery. It feels abstractly upbeat and sounds synonymous to invisibility. Having been a full time singer-songwriter and guitarist in different rock bands for a while, I’d say my love for dance music, ambient film scores, and electronic beats finally caught up with my musical ADD and nagged me to finally buy a synthesizer. I wanted to start making sonic sketches that weren’t immediately guitar-heavy or folksy, and approach singing in a more stylized way. New songs and ideas started to pour out pretty quick. It was cool. Electronic solo artists like Beck, Gary Numan, Thomas Fec, and Moby have been key inspirations because of their unpredictability and musical diversity. Right now I have no real expectations for this project apart from experimenting and making crafty pop songs, and this excites me. I want it to progress naturally and flexibly. Its all very new, and while its very ‘me’ its also not ‘me’ because it serves as an indefinite excuse to escape making music under my given name, which I’ve been promoting for some time now. As a live act, QD is currently a one-man band with occasional backing musicians. Right now I enjoy the space and challenge of the one man band set, which features vocal looping, drum machine, synth, and electric guitar. I’ve only done three trial shows so far. Playing a synth on stage is completely new territory for me. This new ‘persona’ has been all about accessing a familiar groove with unfamiliar guidance. Or is the other way around?

Let’s talk about the title of your single “Metropelium.” I read that it is a word that you created. Can you tell us about it? 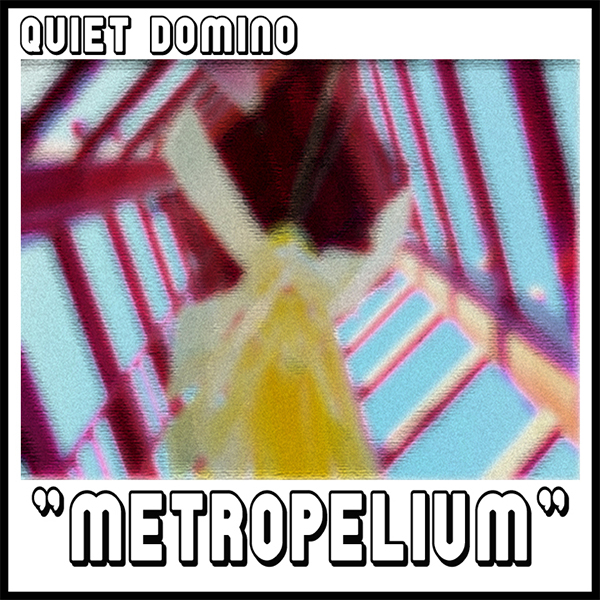 I actually wrote most of “Metropelium” in 2014, long before Quiet Domino was ever conceived. Even then, I knew the song was a single and needed proper studio treatment and a video release before showcasing it in any other form. There was an evolving arrangement, and I was excited about its direction. I’ve never sat on a finished song for this long – its kinda neat. The final composition just sorta hung out for a while and slowly became the incentive to announce a new project and getting to recording. The song is driven by its lead synth riff and steady dance-pop feel. As for the song title: I like strange and fantastical words, and I also like making up words from time to time. Who doesn’t? I was thinking about cities, (i.e. Metropolis), their cultures, Mausoleums, and Trampolines and just combined em all to make “Metropelium.” It just sounded like the name of a modern city dance, or maybe some sort of massive cage with trampolines. I don’t know. Maybe it’s a metaphor for a city being an endlessly stimulating, bounce-y cage? Something like that.

In a broad sense, the song reflects our world’s modern social experience. Most of us are dancing while simultaneously on our phones; utterly ’connected’ but more detached than ever. I see the Internet as a sort of Mausoleum of recycled Metropolitan culture, hence “Metropelium.” On a personal level, the song is sort of about my confused relationship with my hometown of San Francisco. Ironically, the video was shot in downtown Los Angeles and provides a slightly different interpretation. The video’s loose story follows a girl (played by model/musician Victoria Murdok) who converts her recent break-up grief into a day’s worth of quirky dancing and soul searching. Director Andrew Herwitz (a good friend of mine) moved to LA shortly before we shot the video last summer, and I was touring down to LA a lot with one of my bands last year, so it made sense to shoot it while I was in town instead of in San Francisco as originally planned. The bittersweet, soul touch of “Metropelium” is illuminated by its heavy, consuming beat, warm synths, luscious keyboard layers, and bounce-y pitch bends – realized in part by the track’s co-producer (and frequent collaborator) Devin Farney. We recorded the song at his own Little Green Shack Studios in the Bay Area. I just wanted to produce the most big-sounding, emotive, fun pop song I could possibly make without any guitars or live drums – something I’ve never really done.

So you are performing at San Francisco’s Swedish American Hall on April 26, in support of Porcelain Raft. Are there any performances lined up for the summer? Any other plans?

Yes, I have some more Bay Area shows coming up this summer. And there’s always the desire to tour and travel more. I have no real interesting way of ending this interview other than saying I hope many, many people check out the song and watch the video. I really want to push it. I intend to record more Quiet Domino songs as soon as possible, and I will be supplying music for an upcoming short film and for a new web-series in development. I’m excited because scoring music for films is something I’ve been wanting to try out for a while, and these two projects just sort of fell on my lap upon telling everyone I know about Quiet Domino. We’ll see how it all plays out. In the meantime, I leave you with an emoji 🙂 Add one yourself!

Samantha “Sam” Stevens is half a music journalist, and half an academic scholar. With a graduate diploma and MA in Journalism, Sam has covered musicians all over the world and her work has appeared in Guitar Girl magazine, North Bay Nugget newspaper, The Link newspaper, and a few others. She even founded and managed her own music blog The Littlest Voice for 5 years, in which the spotlight was thrown on new and emerging indie artists around the globe. Currently, Sam is a PhD student at Carleton University in the School of Indigenous and Canadian studies where she is continuing her MA research on colonial language in Canadian news and government institutions.
RELATED ARTICLES
featuresmark nelson