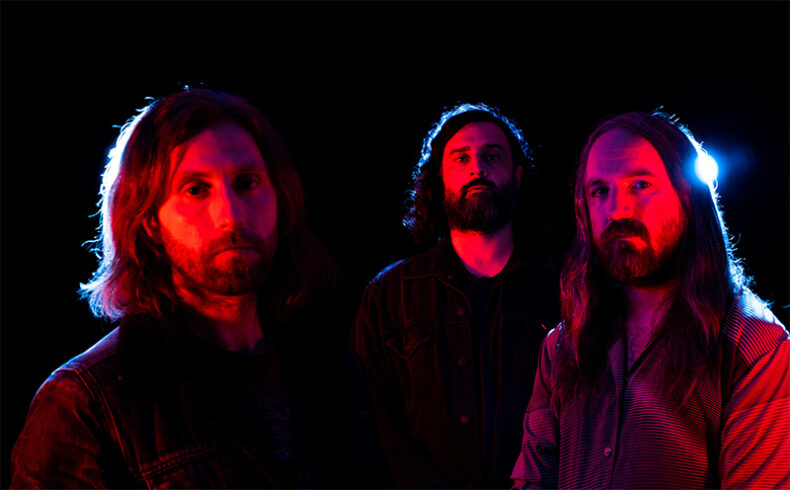 A CONVERSATION WITH CONOR RILEY OF BIRTH

One has to be thankful that young bands, such as Birth, are carrying the prog rock flag. Birth has just released their debut album, and it is prog at its finest. The band has managed to release something that is not retro, very current, while still maintaining the prog rock ethos. Although the band is new, the members have been around and all come from other bands. In a sense, Birth is sort of a supergroup, kind of like 2022’s Emerson, Lake and Palmer.

Conor Riley and Brian Ellis have come from the band Astra, and have collaborated with two members from Psicomagia (Trevor Mast and Paul Marrone). Marrone would leave the band, and the remaining trio would bring in Thomas DiBeneditto (from Sacri Monte, Joy and Monarch). The band Birth was, well, born.

While jamming and playing around, the duo of Riley and Ellis discovered that they were creating some strong material.  “We figured we had enough material for an album. Paul Marrone, who isn’t in the band anymore, was a major motivator and said ‘let’s get this going, let’s get an album’.”

Through Marone, Mast joined the band, and Birth came together as a band. Believe it or not, that was “about five years ago,” recalls Riley. “We had a good amount of songs ready, but then the pandemic happened and it was a series of events that delayed. Paul left the band, and Thomas joined and basically, that is the story of Birth.”

The name Birth itself, did not come easy either. Riley laughs, “Birth is kind of an obvious name, not obvious in the sense that it is a good band name, but it’s obvious because it is a very recognizable name. I struggle with band names, the one thing I hate doing, because I have never been happy with any band name of any band I have been in. I don’t mind Birth. It is a bit cliché but I was thinking about it too much. It came to me one night, and to me it was kind of reminiscent of that old 1970s prog era where there were a lot of one name bands (Yes, Strawbs, Renaissance) and big statements and sort of just happened and I was surprised that no one had the trademark on it. I think it is pretty fitting, the music is kind of, the sound to me anyway, should be somewhat provocative, so the name fits it. Not in the literal sense of a birth, but in the sense of life cycle…birth, death, decay, those are things I kind of think about.”

For Riley, inspiration for writing and influences come from all areas, including his love of science fiction. “I got back into science fiction. I always liked the dystopian era of science fiction. I wouldn’t say the music is necessarily…I never read a sci-fi book and thought now I am going to write a song. I am sure the films that I watch and the books that I read, to some extent probably reflects the way I feel, and probably has some kind of feedback loop there, it definitely does paint a picture of sort of nature. But a lot of sci-fi in the 1970s, like Arthur C. Clarke, they tell stories of what is going to happen in the future, and it is somewhat reflective of the events that are happening today, to some degree, especially on the dystopian side, so you know when I turn on the news I feel like I am reading a sci-fi book. That all feeds into the music as well.”

And it is a bit premature to be talking about the next album, as Birth has just been released. But it is good to know that there is more music coming from this unique and original band. Born is a brilliant album and hopefully in the months to come some will be fortunate enough to catch the band live. Until then, let us enjoy the music of Birth.

Born and raised in Whitby, Aaron discovered music through his love of The Beatles. This led to a career in radio, writing for various publications, and ultimately a radio show about The Beatles (Beatles Universe), which ran for over four years. When not immersed in music, Aaron enjoys spending time with the loves of his life -- his wife Andrea, and daughters Emily and Linda (all of whom have an intense love of music too).
RELATED ARTICLES
featuresmonarch

by Gerrod Harris on July 8, 2022
BYE BYE, MISS AMERICAN PIE A CONVERSATION WITH DON McLEAN While there are countless classic albums from the ‘70s, few songs can stand as truly timeless. These [...]