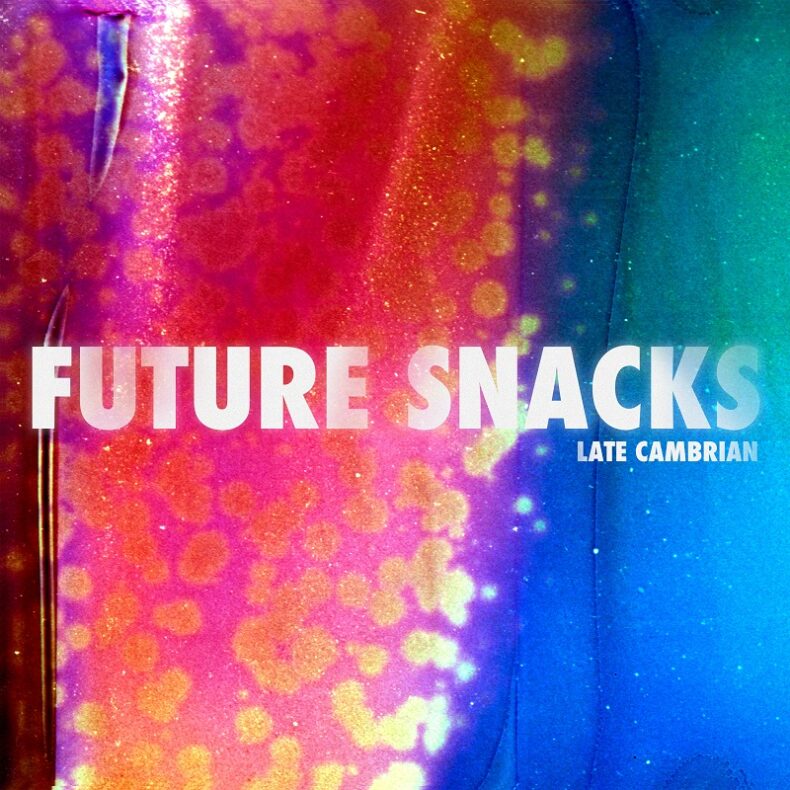 Brooklyn future-pop band Late Cambrian—the creative and romantic partnership between John Wlaysewski and Olive Hui—are preparing to release their newest LP, Future Snacks, an eight track collection of indie-pop tracks that explore the absurdity of modern life, from the fear of impending technocracy and corporate-sponsored nostalgia to the uncertainty of the future and long-term emotional effects of the pandemic. “The Last Wave,” premiering today at Spill, is a dance-rock track that showcases the duo’s melodic prowess as Wlaysewski’s vocals float atop buzzy synthesizers and a pulsing rhythm section. On its surface, the track serves as a festival-ready indie-pop song belying its nature as a subtle introduction to the album’s ominous tone. “Catching the last wave feels like something really upbeat and positive,” says Wlaysewski. “But there’s this underlying feeling of grabbing life by the horns before it’s over, that something ominous is on the horizon. Like, it’s the last wave before what?” Future Snacks is out September 23rd, 2022 on Mifflin Street Music.