SPILL FEATURE: IT’S NATURE’S WAY OF RECEIVING YOU – A CONVERSATION WITH JEFF NEILL OF STREETHEART 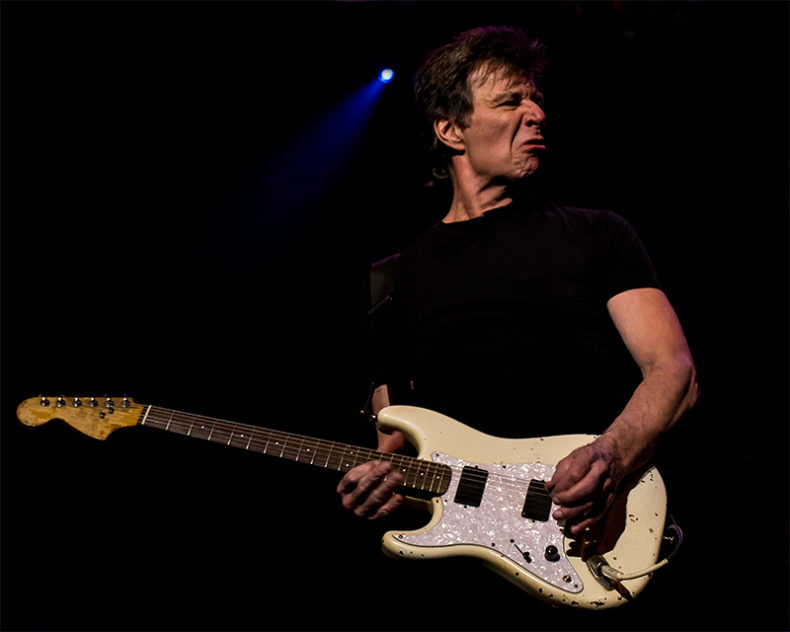 IT’S NATURE’S WAY OF RECEIVING YOU

A CONVERSATION WITH JEFF NEILL OF STREETHEART

Anyone who had a radio in the late 1970s through to the mid 1980s will have memories of staying glued to it for the ‘world premiere’ of certain bands’ new singles. One of those bands was Streetheart. AM radio would debut and play their new single, while FM dove deeper and focused on choice album cuts, such as “Action”, “What Kind Of Love Is This?”, “Here Comes The Night”, “Look In Your Eyes” and so many more. Classic songs that can still be heard on the radio today, or Spotify, or wherever rock music is being played. Now in 2019, we have a new single from Streetheart, “Nature’s Way”, featuring their original lead singer, the late Kenny Shields.

Streetheart officially came together in 1977 featuring Shields,  Daryl Gutheil (keyboards) and bassist “Spider” Ken Sinnaeve (bass), Paul Dean (guitars) and Matt Frenette (drums). After their 1978 debut album, Meanwhile Back in Paris, Dean and Frenette left the band to form Loverboy. Undaunted, Streetheart carried on with member changes throughout the years, one such member is Jeff Neill, who joined the band in 1981. Neill, an extremely talented guitarist has also worked with Jimmy Barnes and Danny Spanos.

Recently I had the opportunity (and extreme pleasure) to speak with Jeff Neill about Streetheart, their upcoming tour, and a new compilation album.

“Universal Music Canada has put together a greatest hits album, but this time they have drawn from our entire catalogue, including the Warner songs, it is very comprehensive. Streetheart recorded for two labels. The first three albums were with Warner and the last four with EMI, so all the other collections were only half the story, this album (Life. Legacy. Music) is a comprehensive package. So the album includes songs from the first album, Meanwhile Back In Paris, right up to today.” 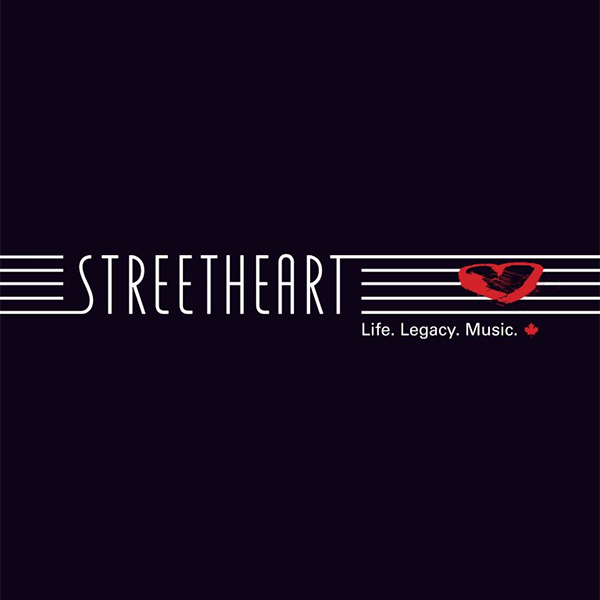 This includes a new song with original lead singer.

“I had always loved the song, “Nature’s Way” by Spirit and I was playing it one day at a soundcheck. Kenny was listening and says to me, ‘Hey, I love that song too’. I said ‘Well, maybe we should record it’. I went home, put down some acoustic guitars and percussion, sent it to Kenny and Spider, and was thinking ‘this could very well be a Streetheart song’. Kenny sent me his vocal tracks, but Kenny being the perfectionist he was about his voice, wasn’t completely happy with his performance. 2017 was to have been our farewell tour but sadly, Kenny’s heart gave out before we even got to the summer shows we had booked. It was an extremely difficult time for everyone.

I came back to the song many months later. The beauty of digital is, you can bring up old tracks and you can tweak things seamlessly with great detail. Daryl Gutheil sang some wonderful harmonies on this track and Spider added his signature playing to the song and after several back and forths with the mix, we had it. We sent it to Universal and they added it to this new compilation.”

Although Neill joined the band in 1981, he was a fan from the very beginning.

“When I first saw them in 1977 in Winnipeg, I thought to myself with tongue firmly planted in cheek, ‘Geez I hate this band’. Like many of the other musicians in attendance, we just kind of walked away, round-shouldered. They were that good.”

Neill was soon to join the lineup of Streetheart and they continued well into the 1980s, producing strong albums and hit singles. Streetheart continues today, even though the Kenny’s loss was devastating to the band.

“Kenny had this exceptional vocal range and unique delivery, as well as being one of the very best frontmen on the planet. Kenny was loved by his fans and he helped build the road that we drive down today. It was incredibly tough for his family to lose him like that, but he ended his life doing what he loved. I mean, on July 1, 2017 he was out there singing, and three weeks later on July 21, he gently slipped away surrounded by loved ones. It was a great honour to know him, we were friends for over 40 years.” 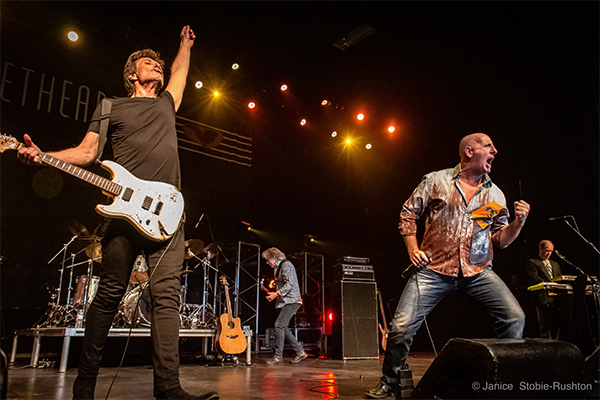 But Streetheart has continued with a new lead singer, Paul McNair.

“I like to think of Paul circa 1981 as this teenager”, laughs Neill. “That is the age difference. I imagine him riding down to the Winnipeg Arena on his banana seat bicycle trying to sneak in and security is like ‘hey, get out of here kid’. Paul is very confident, hard working and he was 100% ready to go. We had to be careful how we made the transition, out of respect for the loyalty of the fans and legacy of the band. You don’t replace a Kenny Shields. Paul is not trying to sound like Kenny. He is aware of the history of the band and he treats that with great respect. He’s a very accomplished musician along with being such a strong singer.”

“The new lineup has a fierce edge to it. It a rebirth of sorts. We did our first show in Winnipeg, and we opened with “Action” and “Pressure” from Meanwhile In Paris. The fans embraced us fully and we are grateful for all the support we have been shown. We do our set chronologically and that seems to underscore the history and timeline of this band. We also having drummer Dave Langguth (Kim Mitchell) and together with Spider, it’s kinda like having both Bobby Orr and Paul Coffey on the point!”

The band has plans for the future, which includes touring and recording new material.

“We want to get to Eastern Canada. And we are very excited about going in and recording again, getting into the studio with Paul. Daryl and Spider have been playing together since they were kids, and I am honoured to be part of a band that I always viewed as one of the best rock ‘n’ roll bands. There is a high level of musicianship in this band.”

Streetheart has a legacy and they continue to add to that brilliant musical history.

“We never had a plan in 1984 for 2019. We broke up in 1984 but here we are, back together again. We have the fans to thank for that. They have been so good to us over the years. They have energized us and we honour them and the legacy of this band by doing the best we can every night we play.”

Born and raised in Whitby, Aaron discovered music through his love of The Beatles. This led to a career in radio, writing for various publications, and ultimately a radio show about The Beatles (Beatles Universe), which ran for over four years. When not immersed in music, Aaron enjoys spending time with the loves of his life -- his wife Andrea, and daughters Emily and Linda (all of whom have an intense love of music too).
RELATED ARTICLES
featureslife.legacy.musicnature's way