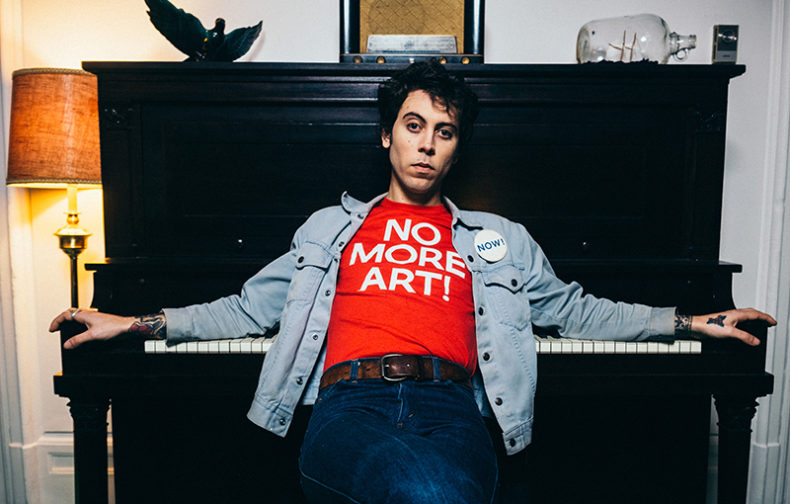 A CONVERSATION WITH DANIEL ROMANO

According to the press release I read to promote Daniel Romano’s latest album, Modern Pressure, he made his stage debut at the age of eight.  He played drums for his family’s rhythm and blues band.  That is an interesting fact, because a couple of years ago I saw Romano play drums for his friend (and part owner of  You’ve Changed Records) Steven Lambke.  I did not expect to see Romano on drums that night, but then that is Romano in a nutshell.  He seldom does what you expect.

Daniel Romano got his start in a ‘punk’ band, Attack in Black.  From 2003 through to 2010 they released three albums, four EPs, a split EP and a handful of singles.  There was also a tape issued during this time.  Attack in Black were signed to Dine Alone Records, but in 2009, Romano, along with Attack in Black member Ian Kehoe and Steven Lambke (then of Baby Eagle) formed You’Ve Changed Records, an independent label.  According to Romano the label was formed “to release an album by Shotgun Jimmie.  The label  was never intended to take over the world.” 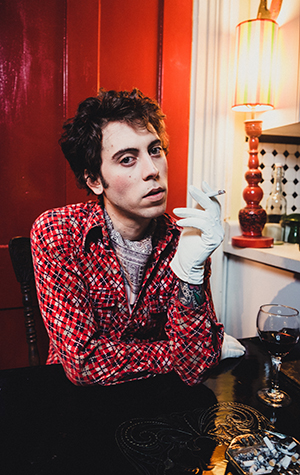 While still in Attack In Black, Romano was also involved with Daniel, Fred and Julie, with  ‘Fred’ being Fred Squire and ‘Julie’ being Julie Doiron.  They issued an album of folk music featuring top playing and wonderful harmonies. This beautiful folk album was issued while Daniel was still with Attack In Black.  Remember I said earlier that Daniel Romano seldom does what you expect.

By 2010, Daniel left both of those bands and issued his first solo album, Workin For The Music Man.  Since then, he has issued five more solo albums including his most recent, Modern Pressure, as well as an album under the pseudonym Ancient Shapes.  All of the albums are different, spanning several genres.  Ancient Shapes (the album is called Ancient Shapes) being a fascinating cross between metal and punk, and quite often, Romano plays all the instruments, produces, and writes the albums.

“For Ancient Shapes I played drums for 30 minutes, recorded it, and then assembled other instruments on top.  I responded to the environment.  Almost a live environment with me playing all the instruments.”

I recently had the chance to talk with Daniel about his new album, his career and many more topics before he heads out on tour to promote Modern Pressure.  Modern Pressure is different from his last album, Mosey, and has a harder, rock feel.  Not punk, but harder rock sounds.  The album, for the most part,  was recorded in a cabin in Sweden.

“The album came about out of convenience.  I had a month to kill between tours and a friend lent us her cabin, and she sourced everything we needed to record the album.  So (engineer) Kenny (Meehan) and I holed up and recorded the album on an eight track cassette tape recorder.  By the way, we were looking for an eight track tape recorder, stopped everywhere looking for one, scoured the internet.  We had stopped in Copenhagen at this residence.  We went to pawn shops, everything, nothing.  Basically we had given up.  But, we mention it to the guy running the place we were staying at, a cool dude, and he tells us he happened to have one for sale.  We bought it!”

He had the machine, and he had the cabin plus the engineer.  The only thing missing was the songs.

“I had a few things written, but I wrote a lot in the cabin.  Just banged out the album.  Recorded the drums first and went from there.  It was pretty quick.  I am happiest when I am working.”

With a new album comes some touring: “I take the slow tour route”, claims Romano.  He hits the road in the U.S., goes to Europe and should be doing shows in Canada in the new year. Since Romano records everything himself, he needs to put together a band.

“It’s interesting, I am the only who never listens to the records again.  I work from the memory of the song.  The band has to listen and learn the songs, and this means the songs, old and new, are ever changing.  That’s the way it should be.  Tom may focus trying to emulate the record.  I don’t do that.  Have you ever seen Dylan live?  I have and a couple of times I have come in late and there are people walking against you as you walk in, and they are running him down because he does not sound like Dylan on stage, but they are not keeping up.” 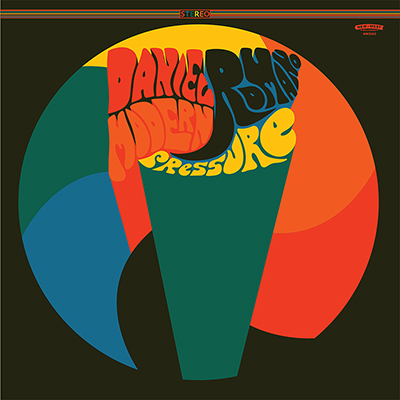 Daniel has had a taste of this from his audience.  He has recorded many different styles, and one style he became known for was country.  The first time I saw Daniel Romano was when he opened for Old Crow Medicine Show at The Danforth Music Hall, and he blew the audience away with just a guitar.  He earned, quite rightfully, an excellent reputation.   He was embraced by the country community as well.  Since then his music has moved on from country.

“Yeah, I think the country crowd is disappointed.  I am not really sure.  I know what I am saying and doing,and I deliver it with conviction, but it does not really belong to you once it is created.”  Shades of Dylan going electric in 1965.

Along with the brilliant new album, Romano is an accomplished filmmaker.  He has made the video for the song “Modern Pressure” According to Romano, “It is really a comment on how violent society is, and the only way to be peaceful is to take off your clothes”.  It is worth watching, as are all of his previous videos.

The other interesting aspect to Modern Pressure is the fact that the record sleeves are different in Canada and the United States.  The album is released in Canada through You’ve Changed Records, while in the U.S. it comes out through New West Records.

“It is really a Capitalist move to take advantage of the collector nerds”, laughs Daniel.  “No, honestly I had two sleeve designs and loved them both and didn’t know which to use, so they are both out there.”

I look forward to seeing Daniel when he comes to town in the new year.  In the meantime I will continue enjoying his album Modern Pressure.

Modern Pressure is currently available on Vinyl, CD and streaming through New West in the U.S., and You’ve Changed Records in Canada.

Born and raised in Whitby, Aaron discovered music through his love of The Beatles. This led to a career in radio, writing for various publications, and ultimately a radio show about The Beatles (Beatles Universe), which ran for over four years. When not immersed in music, Aaron enjoys spending time with the loves of his life -- his wife Andrea, and daughters Emily and Linda (all of whom have an intense love of music too).
RELATED ARTICLES
daniel romanofeaturesmodern pressure
9.0

by Nicole Swanson on September 18, 2020
Daniel Romano’s Outfit How Ill Thy World Is Ordered You’ve Changed Records There are few artists as prolific in this day and age as Daniel Romano, [...]
9.0

by Aaron Badgley on March 27, 2020
Daniel Romano’s Outfit Okay, Wow You’ve Changed Records Daniel Romano reminds one of the artists of old. Some of us remember artists, such as Waylon Jennings, Willie Nelson, [...]
9.0

by Aaron Badgley on March 15, 2020
Daniel Romano Visions Of The Higher Dream You’ve Changed Records You have to love Daniel Romano. The prolific artist does not let anything slow him down, including [...]
9.0

by Aaron Badgley on October 25, 2019
Ancient Shapes A Flower That Wouldn’t Bloom You’ve Changed Records Daniel Romano is a very busy guy. He has published books, he is part owner of a very cool [...]
9.0