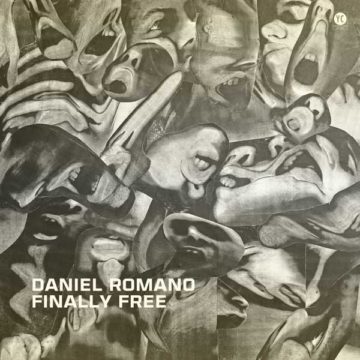 Finally Free is Daniel Romano’s ninth solo album since his solo debut in 2010 (Workin’ For The Music Man). The one consistency over the years  with the Welland, Ontario native is that one just does not know what to expect from him. As such, he is an artist in the true sense of the word and I greet each new release with great anticipation. And he works. Earlier this year he released two download albums on the same day (Human Touch and Nerveless). But, his art never suffers due to the volume he releases. With Finally Free, he lives up to his well-earned reputation and released an album that borders folk, rock and all points in between. And he just might have recorded the best album of his career.

Recorded by Romano on a four-track cassette deck, he went back to basics for this album, lyrically and musically. It is not like any album he has released, but rather he seems to be embracing his folk roots following his recent Ancient Shapes release and tour, which is pure loud, punk rock. On Finally Free he is much more gentle and quite a bit self- reflective.

The album opens with the gentle “Empty Husk”, which explodes in the middle, only to come to a nice soothing end. He moves on to the very folky ”All The Reaching Trims”, then rocks on with “The Long Mirror Of Time”, which features some of the best organ playing I have heard in a while. Each song exists as its own entity, but they all work together in the context of the album. It may seem that the album is all over the place, but in actuality when played straight through it works as an entire album. The album closes with the brilliant “There’s Beauty In The Vibrant Form” which dips into 1967 psychedelia and yet has folk roots. That is quite an accomplishment.

The album is strong from beginning to end. There is no filler and it flows from track to track. There is a consistency to the album, and it plays like a perfect one. Once Romano has your attention, he does not let it go. He uses his voice like an instrument and everything in combination equals one fine album.

A note for collectors: as he did with his last album, the album sleeve in Canada is very different from the rest of the world. So, collectors may want two copies of this one, and you know, it is not a bad idea.

Born and raised in Whitby, Aaron discovered music through his love of The Beatles. This led to a career in radio, writing for various publications, and ultimately a radio show about The Beatles (Beatles Universe), which ran for over four years. When not immersed in music, Aaron enjoys spending time with the loves of his life -- his wife Andrea, and daughters Emily and Linda (all of whom have an intense love of music too).
RELATED ARTICLES
album reviewalbum reviewsdaniel romano
8.0