Features
324
previous article
SPILL FEATURE: DRINKING THE DREGS OF THE WINE UNDER THE HOLLYWOOD SIGN - A CONVERSATION WITH JOEY SANTIAGO OF THE PIXIES
next article
SPILL LIVE REVIEW: AESTHETIC PERFECTION @ THE GARRISON, TORONTO 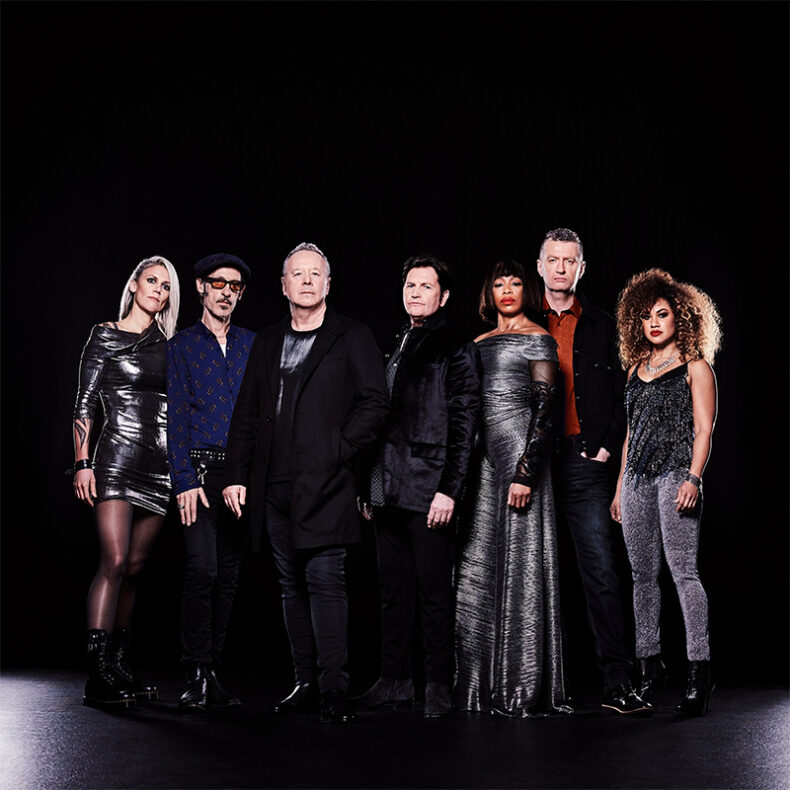 FIRST YOU JUMP THEN GET WINGS

A CONVERSATION WITH JIM KERR OF SIMPLE MINDS

Jim Kerr and Charlie Burchill have known each other since the age of eight, and ten years later, they formed Simple Minds. The band is now turning 45 and Kerr and Burchill are still going strong. They are set to release their 18th studio album, Direction Of The Heart, and continue to add  incredible albums to their official catalogue.

Over the years, Simple Minds have had quite a career, critically and commercially. Of course, they have had hit number one in the US. (“Don’t You (Forget About Me)”), had five number one albums and numerous hit singles in the U.K., won numerous awards, have had worldwide sell out tours and basically touched our lives for the past four decades. But, with all that success, Kerr and Burchill continue to create new, innovative and fantastic music. It was my extreme pleasure to have the chance to chat with Jim Kerr recently, about Simple Minds and their new album, Direction Of The Heart. Kerr also had a chance to look back on his and Simple Minds’ legacy.

“Forty five years ago, the only old guys were the old blues guys, who were still going around and playing clubs. Even The Rolling Stones were young. You might ask, ‘why do these guys do that?’ You just had to look at their faces, and know that’s who they are. Forty five years ago, we didn’t know if we would get through the next fortnight. Nobody knew anything. The punk, the new wave that followed it, so many bands were like brilliant meteorites. They came and they went. I recently came upon an interview we did, which may have been the first one we ever did, and he asked ‘what’s the dream?’ I said, at the time, ‘Three things. I want to be in a great live band, we want to take it around the world, and we want to get a life out of it.’ So here we are 45 years later, still dealing with that stuff and make all of that happen.”

And 45 years later they continue to produce incredible music. It has been four years since their last studio album, Walk Between Worlds, and even though the last few years have been difficult for Kerr, he and Burchill have come up with an album that may be their best yet. As Kerr says, “artistically, we still have ants in our pants.”

Although Simple Minds, and Kerr in particular, have never shied away from politics or social issues, there has always been a sense of hope, optimism and love. The same can be said for Direction Of The Heart. PRE-ORDER DIRECTION OF THE HEART

“I’m kind of a born optimist. I think, certainly if you are to be an artist, it helps to be optimistic and also, having an art to escape into. Because you really do, it’s like going through a crack in the wall. It is such a brilliant escape to have an art to go into and you hit a spot, that despite it all, you still feel attached to, let’s call it ‘The Good Stuff’.

And Kerr is thankful and aware that he has the ability to express himself through his music and his art, and he does it so well. But he also does it with a little help from his musical partners.

“I’m very lucky because my partner, and my various partners through the years, all the guys who have contributed to the long story of the band, as well as having an optimistic disposition, for some reason the music we wanted to create and the music we were attracted to seem to command an uplifting language. It seemed to suit the atmosphere.”

Kerr is also aware of the impact the music has on an audience. The new songs, on the album, are translating very well onto the live stage.

“We’ve just finished a short tour, and we are playing some of the new songs, which people don’t know but they are jumping up and down. Usually, people just want to hear the songs they know. ‘Ok, here is a new song’ and everyone runs for a pee. But people are jumping up and down. Why is that? I think there is a sense of joy in some of the songs in the music that I get to work with and therefore it brings out a certain language in me, so that is how it comes to be.”

And as with all of Simple Minds work, some of the songs on Direction Of The Heart are very personal to Kerr. Take for example, the opening track, and single, “Vision Thing”.

“I love that song, I really love it. There are certain songs where you are happy about and excited about. It is the first song on the album, and the first song we worked on… My dad lived up the road, about 15 minutes. We had just started to work and  within a couple of weeks we got word that Dad was seriously ill and didn’t have long to go and it was out of the blue. Not only for me but Charlie too, we have known each other since we were eight and he knows Dad. Dad was the one who gave us the first 100 pounds to start the band. We were devastated. Dad was like ‘What are you doing hanging around, get back to work!’, so we did. We worked all day and at night we would go up and visit him and we would chat and he was reviewing his life. He was a great raconteur.” 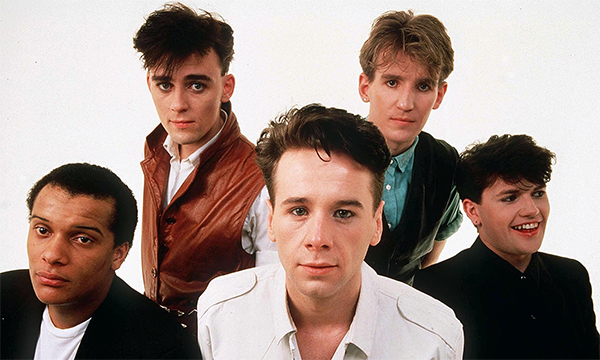 “I ended up moving in with him. This is all sounding sad, but I will tell you the funny side of it. In the morning I would get up and I like to work on lyrics in the morning, so I would be working and he would be shouting through the room ‘This fucking song is driving me crazy!’ It was like I was 14 again! ‘How many times do you have to listen to this?’ And I realized I was writing about him, so I couldn’t say ‘Shut up! I am writing a song about you!’ But I did tell him to shut up.” laughs Kerr. “‘You wanted us to work, we are working’. But he didn’t get to hear the song. Of course it is about Dad but it’s really a celebration of life, not just Dad, but like teachers who we learn from.”

As strong as “Vision Thing” in opening the album, the closing track, “The Walls Came Down”, is another incredible song, and may be one Kerr’s strongest vocals yet.

“I was in Berlin a week before that wall came down. To see this happening, symbolically for our generation, we all thought that is the end of walls, the world is on the move. And yet, here we are and walls became big things between borders, frontiers and all of that stuff. The first time I heard about the walls coming down was back to bible school, with the Walls of Jericho. It was the same sort of thing, people were on the move wanting the walls to come down. The chorus of that song is almost a frat song, we are celebrating something here. The line, “they stood there laughing, they are not laughing anymore and then the walls came down,” you know it is a bit like I am saying ‘I’m telling you, people are not going to take it.’ The last few years, there have been people on the street shouting things. So a song like “The Walls Came Down” merits being recorded.”

Direction of The Heart is a brilliant and strong album. Kerr and company are in talks of possibly touring North America next year. But in the meantime,  Kerr has his own hopes for the record.

“We wanted to make a feel good record in the worst of times. If it uplifts people, then that is great. And if people like Simple Minds and are curious as to what we are doing, what do they sound like? We think we hit a sweet spot with this album. We can’t go back to the past, that was then, this is now but you can evoke. I think it evokes a lot of the imagination that was there on the earlier records but hopefully matching it with the experience and wisdom that comes with time.”

Born and raised in Whitby, Aaron discovered music through his love of The Beatles. This led to a career in radio, writing for various publications, and ultimately a radio show about The Beatles (Beatles Universe), which ran for over four years. When not immersed in music, Aaron enjoys spending time with the loves of his life -- his wife Andrea, and daughters Emily and Linda (all of whom have an intense love of music too).
RELATED ARTICLES
charlie burchillfeaturesfirst you jump
9.0