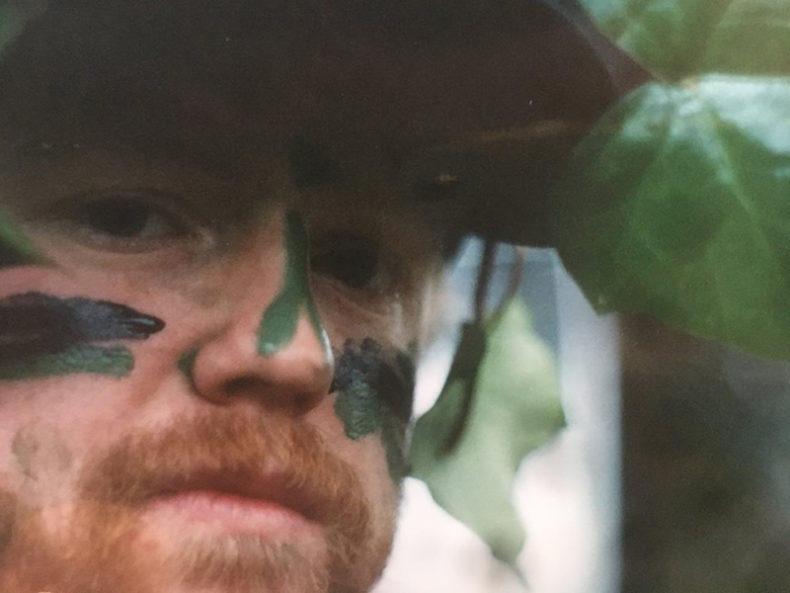 A CONVERSATION WITH SOLE

Today, Sole—rapper, anarchist, activist, and radical podcaster—released his latest album, Destituent, which he produced himself. Explaining the title, which was derived from a power theory term coined by the Italian philosopher Giorgio Agamben, Sole says, “To destitute is to deprive. In this context we are talking about the state and capitalism, to deprive these oppressive apparatuses of their ability to function by building our own solutions and materially making it impossible for the powers that be to govern”.

Destituent has a dystopian feel; you can almost smell the burning power lines of the future, listening to the album’s poetic exploration of climate catastrophe and optimistic revolt. According to Sole, his older project, The Skyrider Band, “achieved a sort of Godspeed You! Black Emperor approach to hip-hop”, but recently, his focus has shifted to “washed out walls of white noise”.

“Measuring My Cage” is a powerful reflection on past struggles and present forms of resistance. Sole explains that, “On this track, I make nods to people who resisted in a real way, from Emma Goldman, to Geronimo to the Black Panthers. They all resisted this project of dispossession, colonization and oppression. Imagine what a beautiful world we’d be living in if the Panthers or Red Cloud had succeeded”. 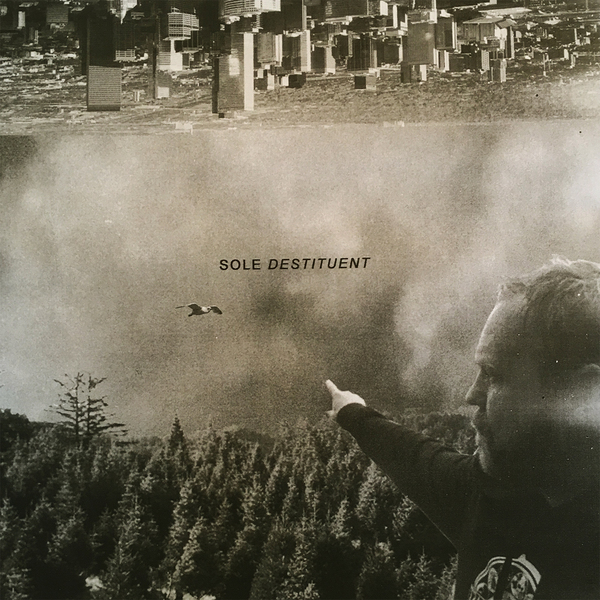 Explaining the reference to permaculture on “No Reset Button”, Sole (who is also a gardener) says, “If you want to get a harvest, plant things where they get optimal light, and that is not always the sunniest spots”. Broaching the subject of ecological collapse, “No Reset Button” argues that climate change has arrived and that people should respond now, rather than wait for the state to find a solution. Sole describes the closer, “Firefolk”, as “a short sci-fi story song where I am trying to imagine what it would feel like living where I live now in 50 years, as I watch the forest fires of the southwest move further and further north. It’s also an attempt to talk about what that process of what the ‘withering away of the state’ could look like, as cops are abolished and we regain and relearn all those old skills our ancestors had and make a life in a harsher reality”.

Sole’s writing, storytelling, and philosophical poetry shine on “Born to Ruins”, a highlight of Destituent. After rapping, “My pen weighs a millennia”, Sole ends the song with an introspective question: “Who I gotta kill to get free?/Answer: the prison warden inside of me“. Elaborating on this track, Sole says, “We have these cops in our heads that tell us what is possible and what is impossible, and then all of a sudden everything changes and anything is possible, but because we’re so beaten down we don’t see it. So to me, anarchy is a framework to think about these things. How can we prefigure what the revolution would look like now? How can we create the solutions we want? How can we structure a world that allows for both horizontal (leaderless) structures and autonomy? How can we increase the power of everyone to pose a material threat to the existing order and step outside of it to live in a world that proves that 100,000 years of human evolution wasn’t a bad idea? It doesn’t mean we have to get rid of technology or starve to death, so lets have those conversations now, let’s experiment, let’s be kind, let’s fight back, let’s build!” 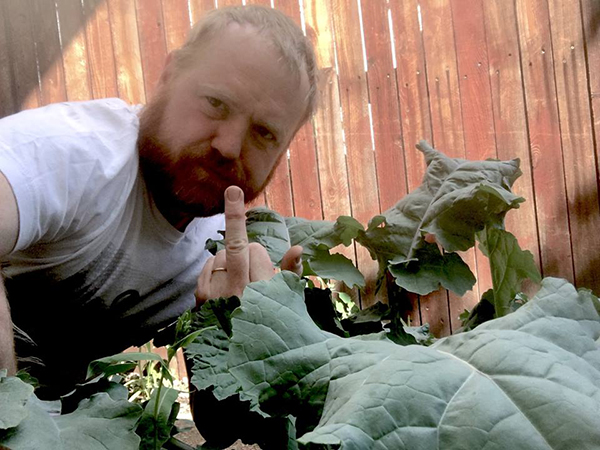 Since having a child, Sole’s outlook has changed considerably. “The last album, Let Them Eat Sand was very bleak and apocalyptic and that’s really how I felt as I thought about what kind of world he’d grow up in”, he remembers. “Also because I was fucking exhausted and stressed out. After having a kid and hanging with him and watching him grow I realize I can’t think that way, I need to keep fighting so that his generation isn’t doomed”.

Explaining that he finds hope in autonomous communities devoted to reclaiming power, Sole says, “I used to think to myself, ‘Imma go down swinging’. What the fuck does that even mean? What if we can keep swinging, but maybe swing some hammers and axes to build some shit, instead of only throwing rocks at the throne of power? We need both. So these are the questions I am asking myself”. Acting as rapper, producer, and gardener on Destituent, Sole continues hip-hop’s legacy of building power, reclaiming space, and planting seeds.