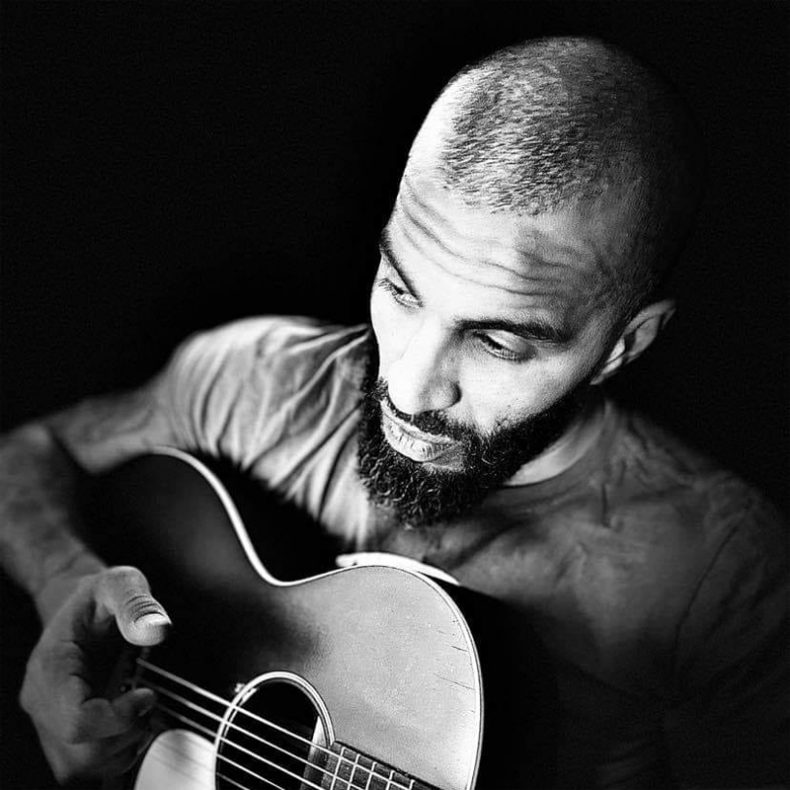 A CONVERSATION WITH WALTER DeBARR

There are two things you need to know about Walter DeBarr. The first thing is that he is remarkably talented and innovative. He has one of the most unique sounds in folk/Americana today. The second thing is, he is one of the kindest, warmest and giving individuals one could ever meet. Alongside him is his equally talented and kind soul partner, Pamela Kesling. Kesling not only sings with Debarr, but is a brilliant poet. Together they form The Little Blue Hearts, and  they are also behind the very successful Appalachian Folk Online Music Festival. The second in the series will be May 23, 2020. The fun and stellar lineup gets started at noon, E.S.T.

This is all very remarkable, given that DeBarr released his wonderful debut EP We Fall, We Break, which is a solo work he released prior to the formation of The Little Blue Hearts. “I always carried an acoustic guitar with me,” recalls DeBarr during our recent conversation. “I played the shit out of it, but when I got out of prison I found my voice.”

DeBarr is not shy about sharing his life experience of growing up in white rural Appalachia, and being “one of two biracial or rather black kids” in his school. He grew up facing systemic racism. “It was really rough, man, I was an angry guy,” he admits. However music became his salvation, and he is quite clear that his music “is about love”. He states clearly that “10 years ago, I was a different guy.”

Kesling, who is both Debarr’s life partner and bandmate, has her own talent which is that of a poet. “Lately I haven’t been doing much because of the music, says Kesling. “I was an English major in college and I did a little bit [of poetry writing] in college, but I didn’t really do anything for a long time until about five or six years ago. I decided I wanted to get back into it.” 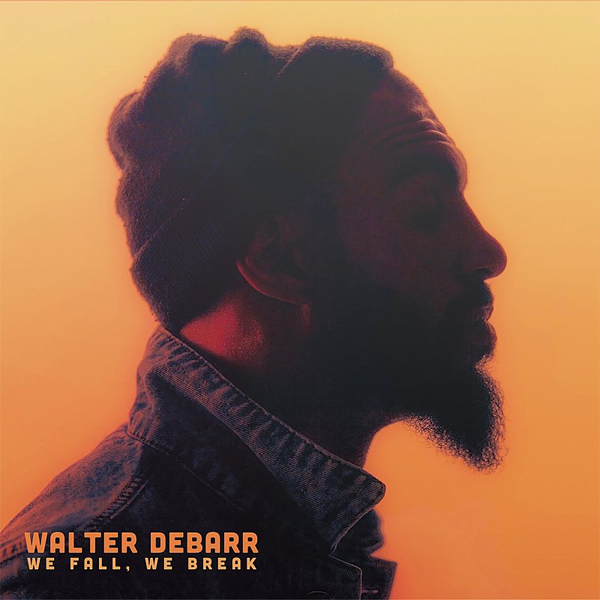 WE FALL, WE BREAK ALBUM REVIEW

Debarr’s musical partnership with Kesling over the past six months, has opened up new doors for his music and writing. “Man, it’s magic. I will sit down with my acoustic, and I strum out, and whatever I am feeling I  write about. That’s how a song is born, really. Then to apply it to a band, these guys and Pamela, man, they are such talented musicians, then it’s like, it’s dreamy man. I am telling you.” Kesling adds, “Walter is in and out of his music room, playing music and he gets excited about his songs. When he gets with a band, it’s like a whole new energy, a whole new spark. He gets so excited.”

Performing, writing, and recording, DeBarr has been very busy, but not too busy to help other people. “We were laying around and were social distancing,” laughs DeBarr. “We were losing out on all our shows, we had three tours in the process of being put together when all this happened. It was happening to everybody. I said to Pamela, ‘I think I would really like to start a festival’.”

“And Walter is the kind of guy that decides a thing, then immediately does it. About 30 minutes later…” adds Kesling.

“She was like, ‘that could be really cool’, and the festival was born. Now we are working on the second festival. I just know so many people, and if I don’t know them, there is a small chance that they may know me a little bit. I just reach out to them and they are super responsive. It is so cool, you know.”

These festivals introduce a great many talented artists to the world. DeBarr and Kesling have put a great deal of work into organizing this monthly festival. They also do a fine job emceeing the entire festival.

At the end of the day, DeBarr and Kesling are working musicians and artists who are carving out their own distinct space in the world of music. As a result, either solo or with The Little Blue Hearts, DeBarr is one of a kind. When you hear Walter DeBarr, you know it is Walter Debarr. This observation brings out a laugh from both DeBarr and Kesling.

The second Appalachian Folk Online Music Festival will be streaming online May 23, 2020 at 12:00 PM EST at www.spillmagazine.com and on Facebook.

Born and raised in Whitby, Aaron discovered music through his love of The Beatles. This led to a career in radio, writing for various publications, and ultimately a radio show about The Beatles (Beatles Universe), which ran for over four years. When not immersed in music, Aaron enjoys spending time with the loves of his life -- his wife Andrea, and daughters Emily and Linda (all of whom have an intense love of music too).
RELATED ARTICLES
appalachian folk festivalfeatureslost cause