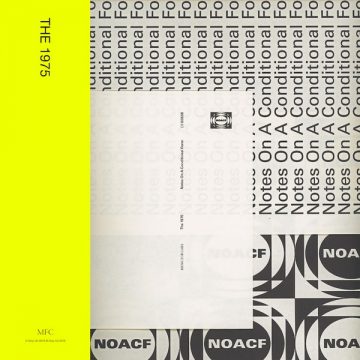 The 1975
Notes On A Conditional Form
Interscope/Dirty Hit

Originally titled Music for Cars and slated for release immediately after the last album, Notes on a Conditional Form is fascinating. Now it is in our hands and it is beautiful and extremely diverse. This is a rarity these days as one could say this record is borderline Sign O The Times meets Achtung Baby, as it is genre-diverse, thought-provoking, and rocks out all at the same time.

Self-produced and prodigious, the album kicks off with a Greta Thunberg spoken word piece that is touching and a bit scary. Lead single “People” is a throwback to their emo days. This will fool one at first, because the style of the record is incredibly all over the place. For example, “The End (Music for Cars)” is in an orchestral style that fans of previous releases have not heard yet.

The album, which is full of themes of anxiety and fears, closes on a positive note. “Guys” is a tribute to Matt’s love and respect for the band and how its creation was the “best thing that ever happened”.

Ex-pat living in Geneva, Switzerland from the hard streets of Baltimore, Maryland. Ex-radio-monkey and avid listener of all things that are supposed to be cool.
RELATED ARTICLES
album reviewalbum reviewsdirty hit
7.0