SPILL FEATURE: A FITTING TRIBUTE TO A REMARKABLE MUSICIAN AND FRIEND – A CONVERSATION WITH DWAYNE LAU OF ELMWOOD UNDERGROUND 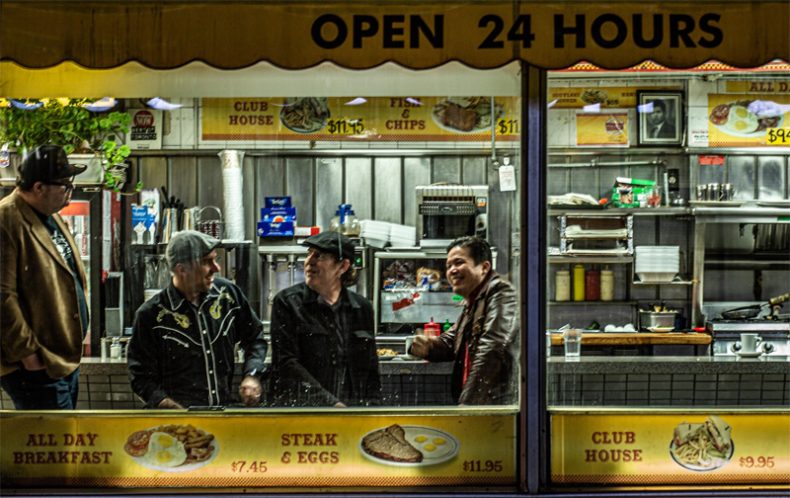 A FITTING TRIBUTE TO A REMARKABLE MUSICIAN AND FRIEND

A CONVERSATION WITH DWAYNE LAU OF ELMWOOD UNDERGROUND

Music is very powerful. It can inform us, educate us, transport us in time, trigger a powerful memory in us, and provide us with a much needed escape. Right now, there seems to be a need for escape more than ever, as there is no escaping the COVID-19 crisis. It has dramatically impacted us all in very personal and individual ways. It has also brought upon us a great amount of loss;  jobs, careers, social connections, and family. The music world has a long list of artists we have lost to date to the virus, including John Prine, Alan Merill, Adam Schlesinger, and Manu Dibango. The losses hit much closer to home, however, when on March 17, Elmwood Underground guitarist Sean Cunnington died due to complications from COVID-19.

The band had recently completed their debut album, These, Them’s, And Those.  In order to honour his memory, the remaining members which include bassist Dwayne Lau, drummer Scott Apted and vocalist Tommy Blacknine, decided to go ahead and release the album as scheduled as a partial tribute to Sean Cunnington. According to Lau, Cunnington “brought the band together, he was the leader.”

“When talking with Sean’s family and the other band members, we concluded that this was a body of work that we are all proud of and we knew Sean absolutely was. We feel it is an absolute need for us to get it out there, and get it released. On a public level, this would probably be the best tribute that we can get out.”

Cunnington was part of the mixing and mastering of the album, and saw the completion of These, Them’s, And Those. “The album was locked and loaded into the various services since February. We did the first release, ‘Somebody Else Will’ in the first week of March, but then the roller coaster happened. We had some great conversations about next steps and so on. He had an underlying condition, so he had pneumonia symptoms and was not responding to antibiotics, so he finally got admitted into hospital a few days later.” 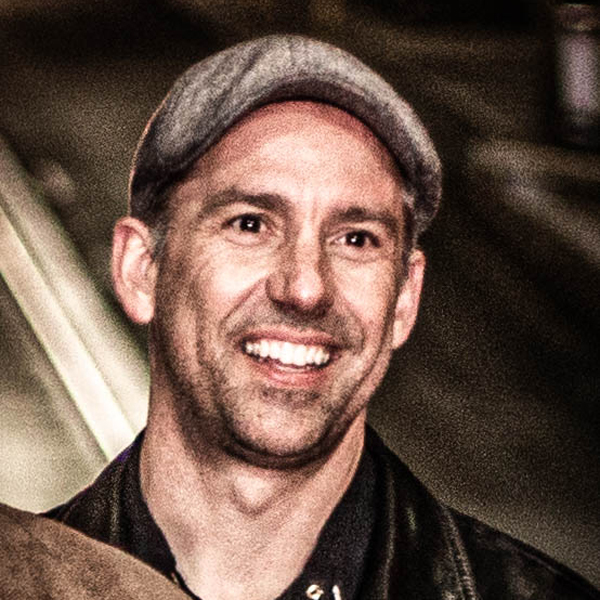 There was some discussion amongst the band members about releasing the album or not, but it was Cunnington’s wife who had a strong voice about it being released. “From very shortly after his passing,” recalls Lau, “his wife, Teri, was absolutely adamant that we should get this out there.”

Although this is Elmwood Underground’s debut album, they are certainly not newcomers to the scene. The band members have been playing professionally for a number of years. “Musicians obviously form different partnerships and so on,” Lau pauses, “so we have all been playing music for a long time. This is something that has been percolating over a number of years, and we got together over the last year. This is the end result. As a band, we spent time filtering the kinds of music we have been listening to over a lifetime. This is what we arrived at. You hear a lot of different things.”

In the end, it was because of Cunnington that the album came together. “I have been playing with Sean on other side projects, but we were able to actually get together and create our own music, largely under his direction. He brought us together and drove that bus. He knew what our individual contributions would be. This is the combination of ingredients he wanted. I would like to think he brought together the best pieces of his various projects and experiences.

Although Cunnington was the acknowledged leader,  These, Them’s, And Those, was a collective effort with the band coming together to create the songs. According to Lau, “we each contributed different parts. We may start with an idea of Sean’s. Then, vocals by Tommy would be added, and treatment from Scott and myself. In the end we had everyone’s input.” 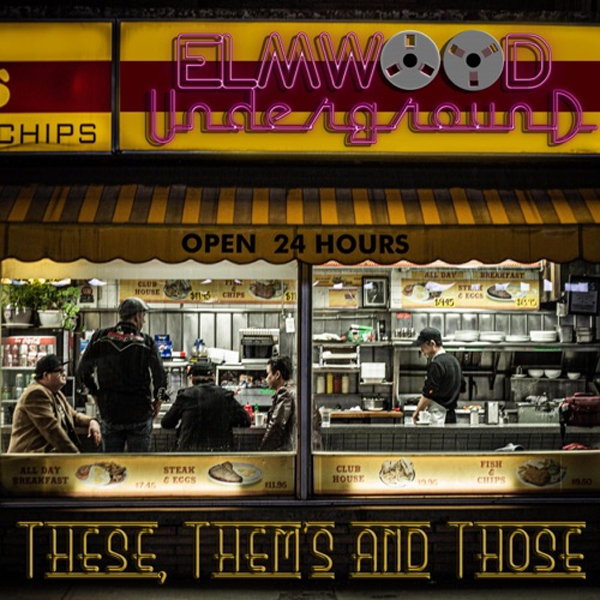 THESE, THEM’S AND THOSE ALBUM REVIEW

Although Elmwood Underground is a tight band, they did have some impressive guests throughout the album including Chuck Jackson of Downchild Blues Band on harmonica, Kevin Adamson of Roger Hodgson fame on keyboards, and vocals by Kim Spratt. Some of the songs evolved with help from such guests. “With ‘Body Bag’, we essentially had Sean record Chuck Jackson doing harmonica. He had that track recorded earlier, and we worked backwards and put everything around the harmonica.”

COVID-19 has had a devastating impact on Elmwood Underground, but Lau is aware that it is a situation that has hit the music scene as a whole very hard. “Scott, for instance, is a working musician so a lot of his work just completely dried up. He plays with a band, Fiddlestix. That applies to a lot of other areas, but for a lot of musicians, that don’t necessarily have the leeway to move into other areas, it is very hard, but I believe it will rebound, but there are some things that will not be the same.

“A lot of people from Neil Young all the way down to friends and colleagues, are all on this level of getting on YouTube or Facebook to perform. It is great to see them doing something, but you know there is so much more that is still possible, since people are holding back because of the current constraints.”

But for Lau, the band, and Cunnington’s family, COVID-19 had consequences for which they were not prepared. “One of the difficulties is not being able to get together physically to be able to grieve. Music is an incredibly social thing. So many people have bonded over their love of music and you can’t do that in the way we have become accustomed to. His wife and children have a great community of friends who are keeping touch with them to see how they are doing.”

In the end, we have the album to hear and enjoy. “At this point, I feel that we have to get this out there. The music needs to be heard. I really hope that it makes whoever listens to it happy and they are hearing music that is worth listening to. I am absolutely honoured that I was a part of it.”

Born and raised in Whitby, Aaron discovered music through his love of The Beatles. This led to a career in radio, writing for various publications, and ultimately a radio show about The Beatles (Beatles Universe), which ran for over four years. When not immersed in music, Aaron enjoys spending time with the loves of his life -- his wife Andrea, and daughters Emily and Linda (all of whom have an intense love of music too).
RELATED ARTICLES
dwayne lauelmwood undergroundfeatures
8.0