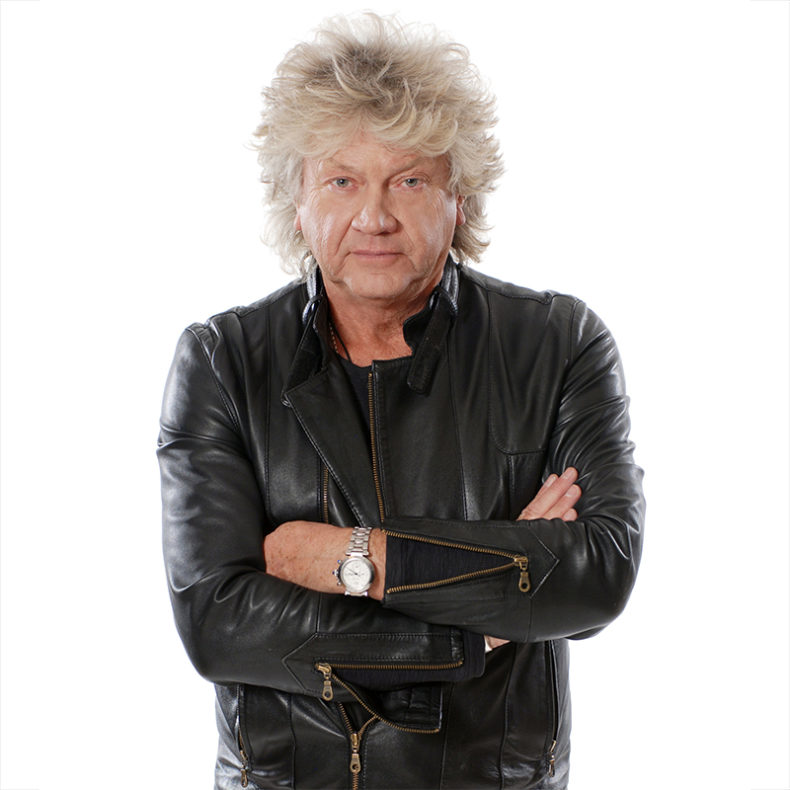 A CONVERSATION WITH JOHN LODGE OF THE MOODY BLUES

“I was never really interested in music. It was really strange. We used to have ‘quiet’ periods in my school, where they used to put a record on, of classical music. I actually think the quiet period really was for the teachers to have a break – not for us! It never really intrigued me at all, music.”

Perhaps this seems an inauspicious beginning, for a person who would later achieve international fame and success, and induction into the Rock & Roll Hall of Fame in April of 2018 as a member of The Moody Blues (with bandmates Mike Pinder, Graeme Edge, Justin Hayward and the late Ray Thomas).

Growing up in post-WWII Birmingham, England, John Lodge’s early passions and interests leaned more toward automotive design and mechanical engineering. Still, he was attracted to the rhythms of the skiffle craze, the DIY folk music trend that served as the introduction to music for so many ’60s-era British musicians. Of that time, Lodge notes, “When skiffle came along, I was watching, and I thought, ‘That’s the way to learn to play the guitar.’ A lot of skiffle music just concentrated on holding one string down. The first chord I learned on my six-string guitar was a ‘G’. Just the first finger on the thinnest string, at the third fret, and don’t play the bottom note. Skiffle came from that, and people like Lonnie Donegan. I think he had the first Number One in Britain, with ‘Rock Island Line’. I started to learn from that. When I was at school, because I was learning all these skiffle songs, I was actually called ‘Skiff’ a bunch. But as soon as I got over the skiffle thing, when I was about fifteen, my name changed to ‘Rocker’. Everybody called me Rocker ever since. Ray Thomas, even right up to the last minute, Ray was still calling me Rocker. 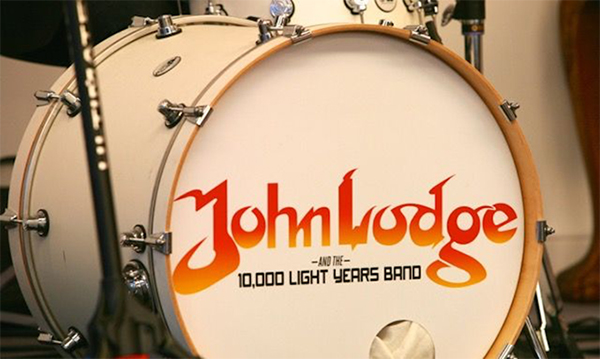 After having learned guitar basics playing skiffle, the advent of rock ‘n’ roll fueled Lodge’s musical passion. “At the school I went to, they used to have a café called Eddy’s Café. (I wrote about it on 10,000 Light Years Ago). They had a jukebox in there, filled with all the new rock ‘n’roll records from America: ‘Lucille’, and Jerry Lee Lewis, and Fats Domino. It just grabbed a hold of me. I thought, ‘Ah! I love this! This is who I am. I know this is who I am.’ I didn’t know how to do it, or what to do about it, but I knew I just loved rock ‘n’ roll. When Buddy Holly came along, that was the magic. I was suddenly, ‘That’s it!’ I learned every Buddy Holly song there was, and I realized that was the way forward. Write your own songs. Find out how the song works, and how you can get emotion into the song, that people will enjoy.

John Lodge was invited by his old mate, Ray Thomas, to join The Moody Blues in 1966. The time of Lodge’s joining marked a turning point for that band, as they moved into writing original songs and became pioneers of progressive rock. The author of such Moody Blues classics as “I’m Just A Singer (In A Rock and Roll Band), and “Isn’t Life Strange?”, Lodge employs an inspired and organic method when writing. “It’s a strange phenomenon, songwriting, for me. I can’t just sit down and say, ‘I’m going to write a song.’ For me, that doesn’t work. I just hear something. It could be a snapshot of a few words that locks in my brain and becomes a melody. That’s where the creative part comes in. And when that happens I do, literally, go pick up a guitar, pick up a bass, pick up a piano – and start writing. There’s no particular way that I can actually force myself to do it.”

“Sometimes I’ll just pick up a guitar and sing everybody else’s songs for ages. And suddenly I’ll hit a harmonic or something that just opens up somewhere else, and then I go, ‘Oh! I’ve got an idea.  If you play someone else’s song, they might use a strange chord configuration. You hear that, and go, ‘Ooh, that’s interesting! I wonder how that built up?’ And then you start looking at it yourself, working on it. It’s a great way of approaching something. And then you come up – not with the same idea – but you come up with something totally different. But, it’s built on the reason that someone else gave you a different way to look at something. It’s like lateral thinking.” 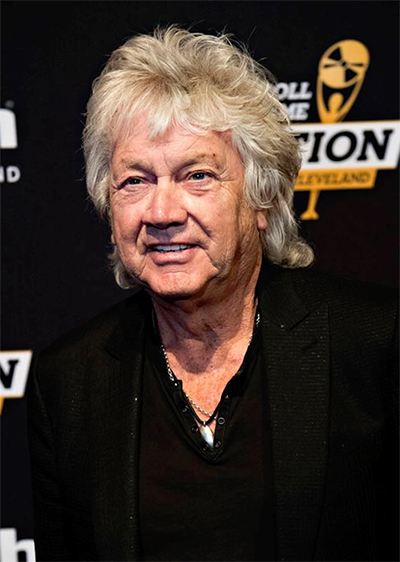 Lodge is currently playing a run of shows in Las Vegas with The Moody Blues, at the end of a tour celebrating the 50th anniversary of their groundbreaking recording, “Days Of Future Passed”, and he will embark on a 10-date solo tour of the eastern U.S., beginning on October 12th. At the age of seventy-three, one might wonder where he gets his energy. “Sometimes you can arrive at a gig, and you might feel tired, and you think, ‘Oh, no, not this…’ But as soon as you get onstage, the audience is there. They give off so much energy and love – I know it’s a terrible word that people throw around these days – but it is true. It is true. It comes on you. You want to give it your best every night. I have an adage, every night I go onstage: I want to do these songs better than I’ve ever done. That’s what I try to do. It may not ever come off, but that’s what I try to do, because then I know that I’ve given it my really best shot, and commitment.”

Lodge is keen to kick-start his solo efforts, and get his band back on the road. “I’ll be doing songs from 10,000 Light Years Ago, the album we did live from Birmingham (in 2015). It allows me to do songs that we’ve never done in The Moody Blues. Songs like ‘Candle of Life’ by The Moody Blues, and ‘Saved By The Music”, from Blue Jays (his 1975 album with Justin Hayward). It enabled me to do that, and look at them, because they’re songs that I don’t want to disappear. I think those songs mean a lot to me, and mean a lot to an audience. On this tour, I’m doing a couple of songs as tributes to Ray, and to Mike. They were an integral part, obviously, of us growing up together. They’re songs of The Moodies that we’ll probably never do again. I don’t want those songs to disappear, so I’m going to do a couple of songs – one for Ray and one for Mike.”

With a decades-long storied career, and recent hall of fame honours, John Lodge shows no sign of slowing down. “I just have this really positive thought of going forward all the while. The past is gone forever. The future is always in reach. I do not know what’s going to be around the next corner. I’m going to keep my eyes open, and just let it come to me, and see what it is. I wrote a song for the Moodies called ‘House of Four Doors,’ and that’s what that was about: opening a door, looking in, and saying, ‘Yeah, okay. That’s cool, but it’s not for me.’ My ambition in life is to be able to keep doing what I’m doing. If I’m truthful to what I’m doing, all these other great things seem to happen. I think that’s for everyone in life, as well. If you keep truthful to what you’re doing – don’t try to do something else that’s not you – it doesn’t matter what it is. If you keep truthful to yourself, great things happen. They do!”

John Lodge Of The Moody Blues: The 10,000 Light Years Tour

Bryan Williston has been involved in music since he was a young child. A veteran singer, songwriter, and music educator, Bryan has enjoyed playing a multitude of musical genres in a variety of outfits, over the years. Bryan lives in Whitby, Ontario.
RELATED ARTICLES
featuresjohn lodgethe moody blues