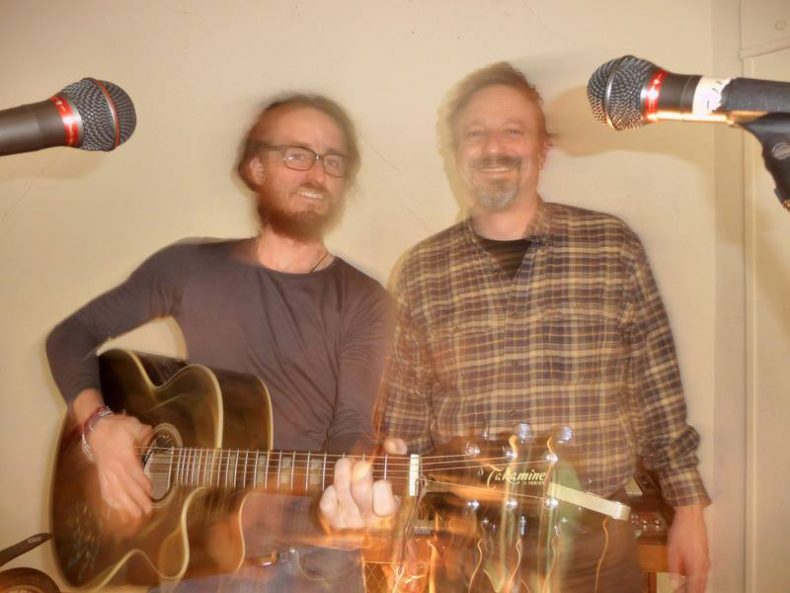 Sills & Smith band, an independent project of Ottawa singer/songwriters Jeremy Sills and Frank Smith, has recorded their sixth album of original music called: Maps – Burned or Lost with famed producer Phillip Victor Bova at Bova Sound. The album — to be released in January 2018 — is an epic musical journey, with 14 songs and close to 70 minutes of music. The music careens between pastoral folk, to trippy indie rock, to progressive rock.

Maps – Burned or Lost features a melodic collection of new songs written by Frank Smith (words, music) and Jeremy Sills (music). The album is a cohesive song cycle addressing the fragility of human relationships and touching on social justice/human rights themes that have been a hallmark of the band’s output to date.

A beautiful music video for the song Maps, essentially the title track, was released on YouTube on December 4th. The video was created by Peter Gullerud, a California based painter.

The album can be pre-ordered ($10 for a digital download and $20 for the beautiful digipak CD edition) through their Indiegogo fundraising campaign, which features lots of great perks, including a lovely Maps – Burned or Lost silk-screened album t-shirt.

by Aaron Badgley on January 10, 2018
NO MAP OR COMPASS A CONVERSATION WITH SILLS AND SMITH Sills And Smith is Jeremy Sills and Frank Smith, both based in Ottawa and both very talented. Since 2011 they have been [...]
9.0