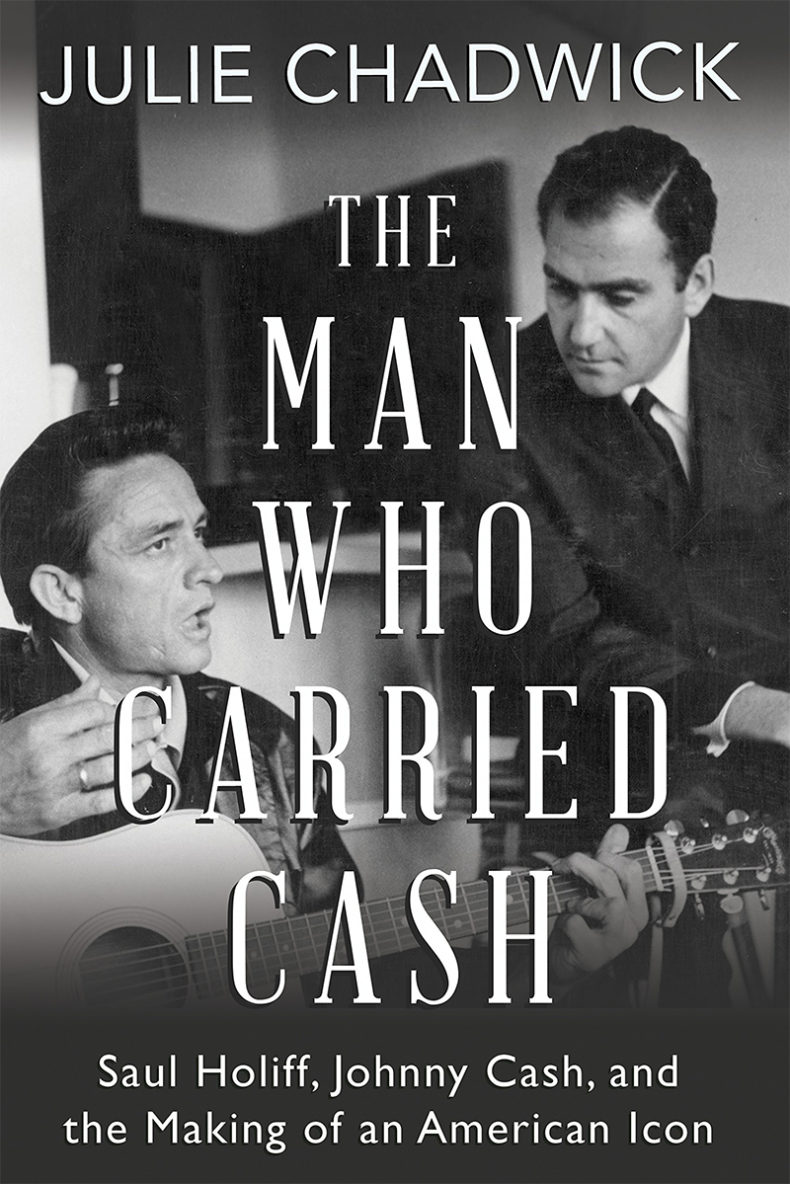 Julie Chadwick – The Man Who Carried Cash: Saul Holiff, Johnny Cash, And The Making Of An American Icon

In his book Chronicles, Vol. One, Bob Dylan says Johnny Cash “sounds like he’s at the edge of fire, or in the deep snow, or in a ghostly forest, the coolness of conscious obvious strength, full tilt and vibrant with danger…Johnny’s voice was so big, it made the world grow small…” Johnny Cash’s musical reverence and brooding force makes it easy to forget that aside from his artistic talents, his success also came with a great deal of behind-the-scenes support.

When I picked up Julie Chadwick’s book, the story of Johnny Cash’s long-time manager, Saul Holiff, was entirely unknown to me.

Chadwick sifts through copious amounts of archival material, including audio-taped phone calls, diary entries, and hundreds of letters. She takes us on a journey from Saul’s humble beginnings in London, Ontario, to the professional and personal rewards of managing his famous client. She also shows the burdens of being responsible for Johnny whose destructive behaviour included starting forest fires, smuggling drugs across the Mexican border, and not showing up for numerous bookings, to name a few.

The Man Who Carried Cash captures the complexities of Saul and Johnny’s partnership, exposing the hubris and humanity of these two men, all against a changing backdrop where anti-Semitism, civil rights, and the Vietnam war loomed heavy.

The book is an informative, well researched and measured portrait of an underappreciated and highly influential man in Canadian music. Though the anecdotes revealed are personal, they do not feel exploitative. Rather, they allow for a respectful exploration into the thoughts and feelings of a private and ambitious man who left his mark on the music industry.

Julie Chadwick is an award-winning journalist and editor whose work has appeared in the National Post, Vancouver Sun, Victoria Times-Colonist, and Vice. She lives in Nanaimo, British Columbia.

Purchase The Man Who Carried Cash Via

Elizabeth is a Toronto via Caledon writer whose rural upbringing left a lasting love of anything with a banjo and an upright bass. She scours Toronto venues for both the musical talent and the beers on tap.
RELATED ARTICLES
booksdundurn booksjohnny cash