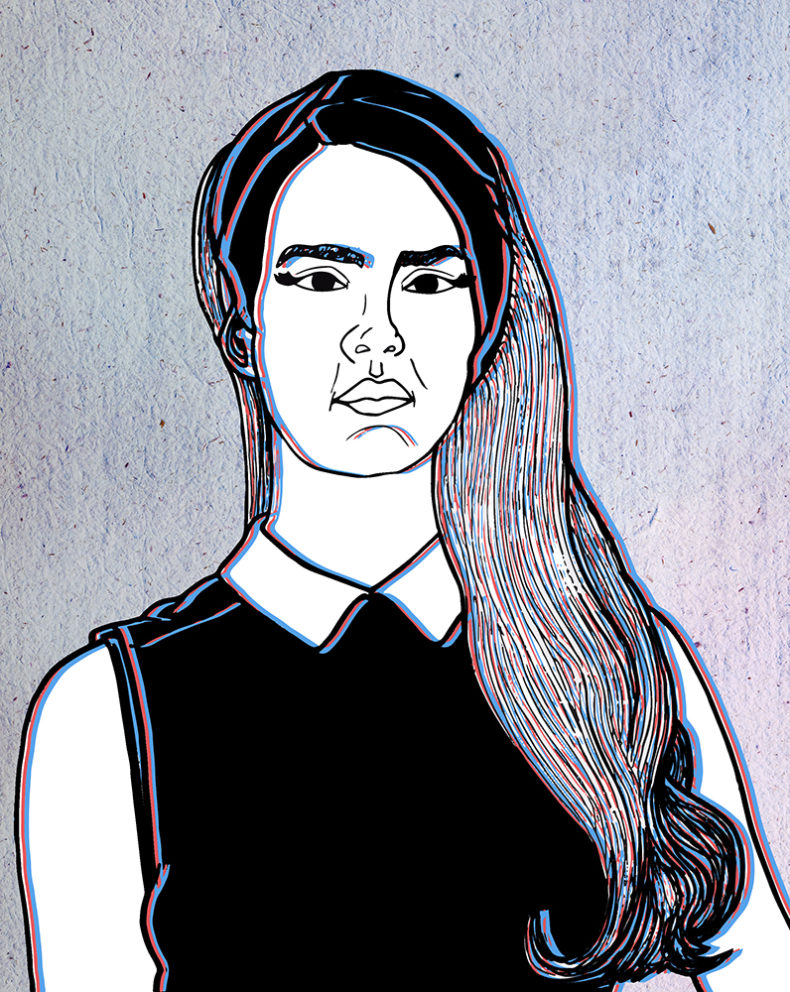 Lana Del Rey envisioned a Southern Californian dream world constructed out of sad girls and bad boys, manufactured melancholy and genuine glamour, and then she came to embody this fantasy. At first, her stylized noir-pop garnered skeptical sneers — the rise of her 2012 debut Born to Die was impeded by a tentative live debut on Saturday Night Live — but Del Rey proved to be tougher than her soft exterior suggested. Following a hit remix of her single “Summertime Sadness,” she steadily gained not only popularity but respect, with her 2014 second album, Ultraviolence, receiving positive reviews to accompany her sales; her imitators, of which there were many, were merely an alluring accessory. By that point, Del Rey had become the ideal she intended to be: a damaged torch singer designed as the tragic romantic icon for her age.

Lana Del Rey’s journey to this stardom was a long, steady climb. Born as Elizabeth Woolridge Grant in New York City to a pair of wealthy parents, she was raised in Lake Placid, not starting to pursue music until she was out of high school and living with her aunt and uncle on Long Island. Her uncle taught her how to play guitar and soon she was writing songs and playing New York clubs, sometimes under the name Lizzy Grant. While she attended Fordham University, she continued to play music and she started getting serious around 2005. In April of that year, a CD of originals was registered under her birth name with the U.S. Copyright Office and she recorded elsewhere, finishing up an unreleased folky album called Sirens under the name May Jailer. Reverting to the name Lizzy Grant, she signed with 5 Points Records in 2006, recording an EP called Kill Kill with producer David Kahne, who would prove to be her first pivotal collaborator. Kill Kill appeared digitally in 2008, and over the next two years Grant became Lana Del Rey, digitally releasing a full self-titled album under that name in 2010. Not long after its release, she teamed with managers Ben Mawson and Ed Millett, who helped her separate from 5 Points (rights to her recordings reverted back to her) and moved to England, where she began crafting the Lana Del Rey persona.

The first unveiling of Lana Del Rey arrived in 2011 via YouTube videos that quickly became a viral sensation, led by the moody, murky “Video Games” and followed by “Blue Jeans.” Much of her success was limited to the Internet but it soon started to spill over into the pop culture of the U.K. By the fall of that year, she released “Video Games” on Stranger Records, an independent division of Interscope/Polydor, in the U.K. and she won the Next Big Thing trophy at the Q Awards. Del Rey’s full-fledged debut album, Born to Die, appeared to considerable anticipation in January 2012. Greeted to mixed reviews, Born to Die’s launch also suffered a setback after Del Rey’s halting appearance on Saturday Night Live on January 14, 2012, but that apparent stumble ultimately had the effect of raising Del Rey’s profile, and soon Born to Die became a steady seller. That November, Del Rey released the Paradise EP — at eight tracks and 33 minutes, it was essentially a mini-LP; some pressings bundled Paradise with Born to Die — which, supported by the single “Ride,” charted at ten in the U.S.

Throughout 2013, various singles and videos surfaced — these included a cover of Leonard Cohen’s “Chelsea Hotel #2,” as well as a cover of Lee Hazlewood’s “Summer Wine” performed with her then-boyfriend, Barrie-James O’Neill — but her biggest release of the year was the new song “Young and Beautiful,” penned for Baz Luhrmann’s adaptation of The Great Gatsby. Ultimately, this single was overshadowed by Cedric Gervais’ remix of Born to Die’s “Summertime Sadness,” a remix that turned the song into her first Top Ten hit in the U.S. At the end of 2013, Del Rey released a short film called Tropico, which was accompanied by an EP of the same name. All of these releases — including a cover of the Disney standard “Once Upon a Dream” for the Disney film Maleficent — kept Del Rey in the spotlight as she worked on her second album. Del Reyhired Dan Auerbach, the leader of Ohio blues-rockers the Black Keys, to produce the majority of Ultraviolence, the sophomore set that appeared in June 2014, preceded by the singles “West Coast,” “Shades of Cool,” “Ultraviolence,” and “Brooklyn Baby.” Ultraviolence found a more receptive initial audience than Born to Die: not only were the reviews positive, so were the sales, with the album debuting at number one in both the U.S. and the U.K. Ultimately, Ultraviolence didn’t generate hits as big as Born to Die, but it performed the crucial task of elevating Del Rey’s critical reputation, illustrated by her selection to sing the title song for Tim Burton’s 2014 bid for an Oscar, Big Eyes.

Del Rey wasted no time following Ultraviolence. During the first months of 2015, she worked on a third full-length album and announced a co-headlining summer 2015 tour with Courtney Love. As the summer wound to a close, Del Reyannounced the September release of Honeymoon, an album she said was “very different from the last one and similar to the first two, Born to Die and Paradise.” Her claim was borne out by the album’s first two singles, “High by the Beach” and “Terrence Loves You.” Honeymoon saw release on September 18, 2015. The album topped the charts in a handful of countries, peaking at number two on the Billboard 200. In addition to touring in support of Honeymoon, she contributed vocals to the Weeknd’s chart-topping third LP, Starboy, and began recording for her own follow-up. In early 2017, she released “Love,” the first single from her fourth full-length album, Lust for Life, which arrived in July of that year.

Daniel is an illustrator/graphic designer based out of Austin Texas. He graduated from Pratt Institute with a Bachelors degree in Illustration and an Associates degree in Graphic Design. Daniel started his career in graphic design in the world of online casinos. Since then he’s worked with various clients from around the United States and Canada including but not limited to NHL, Subway, Paraco Propane, Pitney Bowes, Xerox, Conduent, Nestle Waters, The Spill Magazine, Stamford CT’s DSSD, Beechnut Baby Foods, Elizabeth Arden and much more.
RELATED ARTICLES
daniel adamslana del reylove