SPILL FEATURE: THE MANY MOODS OF DONALD TRUMP – A CONVERSATION WITH HARRY SHEARER 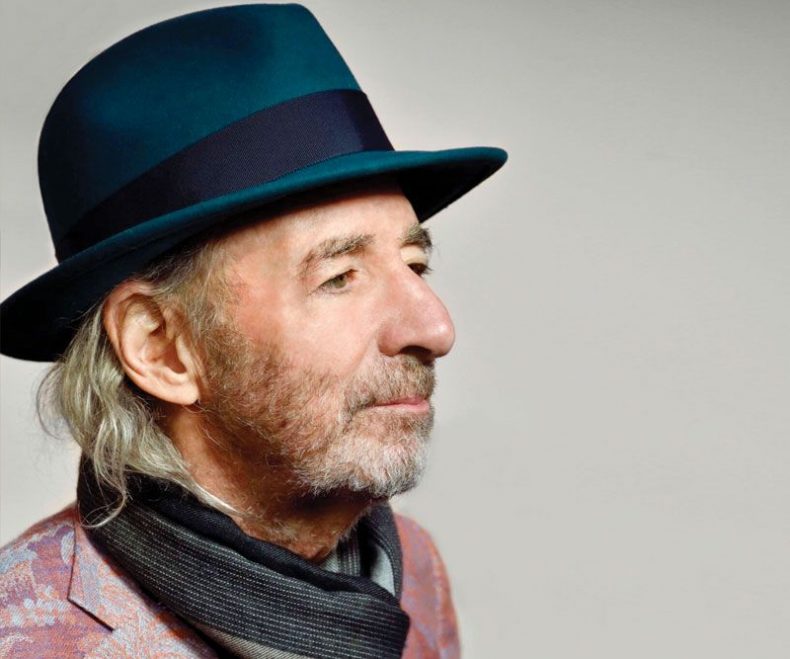 THE MANY MOODS OF DONALD TRUMP

A CONVERSATION WITH HARRY SHEARER

‘It’s been a national whiplash experience that nobody would choose to go through’ remarks Harry Shearer about the outgoing President of the United States. Shearer, the celebrated comedian and voice actor, best known as the voice of many core characters on the long-running Fox animated series, Matt Groening’s The Simpsons, has plenty to say on the topic. ‘There appears to be a guy in the white house who commands constant public attention and so I comply with his demand’.

Taking on the divisive American President, Shearer released a comedic attack of a full music comedy album. ‘The ironic part of that is that he is not known to be a fan of any particular music at all’, says Shearer, adding ‘I think he’s the first President to not be a music fan and to not have a dog. I can’t say anything that’s more damning of anybody than those two things.’

This is far from a first time attempt at impersonations of presidents. ‘I did a TV series in Britain on the White House tapes that Richard Nixon did, and for months afterward I found myself still having some of the physical ticks that Nixon did that I learned too well, apparently. Nixon refused to leave my body’ remembers Shearer. ‘I wouldn’t put percentages on it, but a great deal of this is just observing and watching and trying to absorb who this person is. Some kind of amateur psychologizing why they are the way they are. It may not be true but it helps me understand how to do that person.” 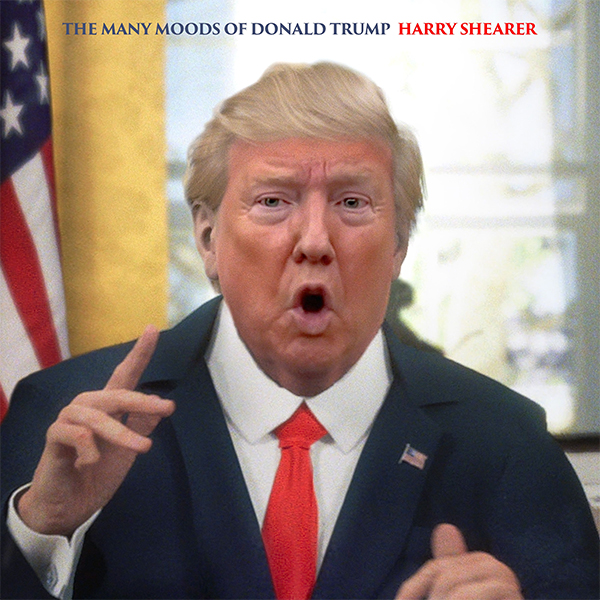 PURCHASE THE MANY MOODS OF DONALD TRUMP

Shearer did not have to look far to discover any points of ridicule, pointing out that Trump once described himself as a ‘very stable genius’. Shearer couldn’t help but add comment, remarking ‘this is must deride material.’ The Many Moods of Donald Trump covers a range of topics but the theme of COVID has taken the cake.

When asked if he thought Donald Trump’s politics were scary or long hanging fruit for political satire, Shearer laughed. “Some of it is low hanging, some of it is fruit that has been rotting on the ground for a couple of weeks.” Shearer’s comedic attack parallels the absurdity of a pandemic that has claimed a third of a million American lives. ‘The President’s handling of the current health care crisis is the greatest trespass of a turbulent presidency’, says Shearer, who takes on Trump’s ping-ponging of public stances regarding the pandemic in the song “COVID 180”. Of course, he is still doing it from the perspective of ‘oh it’s very mild’ to ‘I could have died’.

Stylistically, the album covers a range of genres. ‘That’s the thing, as I was writing these songs, and I’m still doing it, I think about each one, which musical styles it belongs in. I give myself the constraints of the music styles he heard if not listened to.’ On the song “COVID 180”, the up section of that song is what Trump might have heard in Studio 54 in the ‘70s.

Shearer reflects on his long, successful career. ‘What I can’t believe is how lucky I’ve been. I think people in show business tend to underestimate the role that luck plays. For various reasons, I’m always reminded of that fact. I can’t believe I’m me.”

The Spill Magazine is a Toronto-based online publication dedicated to covering the independent music scene with a strong focus on our thriving hometown talent. Our writers bring you up-to-date news, in-depth features on musicians and reviews for the latest CD releases. We also travel to the front lines for all local festivals including Canadian Music Week and North by Northeast. Don’t forget to check out our Facebook and Twitter pages for all daily Spill updates.
RELATED ARTICLES
donald trumpfeaturesspinal tap

by SPILL NEW MUSIC on April 26, 2018
KINNIE STARR – “BIG WORLD” A Spill Exclusive Music Premiere Kinnie Starr returns with a striking dose of love-hop for a divided world. Big World takes on hate in a [...]