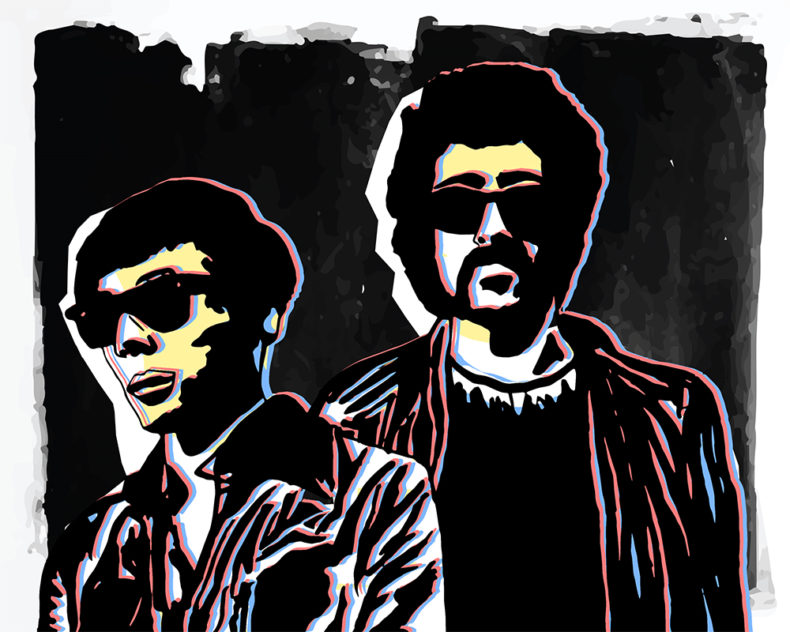 Justice, a Parisian dance production duo comprising Gaspard Augé and Xavier de Rosnay, generated an international buzz with “D.A.N.C.E.,” a catchy single whose video and MP3 spread like wildfire across the Internet in summer 2007. Before “D.A.N.C.E.” became an online sensation, Justice had released a couple singles (“Never Be Alone,” “Waters of Nazareth”) on Ed Banger Records, a Parisian dance label whose roster also includes DJ Mehdi, Mr. Flash, and Uffie. “Never Be Alone” (aka “We Are Your Friends”) is particularly notable; based upon vocal samples from “Never Be Alone” by the British band Simian, the song was licensed in 2004 by International Deejay Gigolo Records, a German techno label helmed by DJ Hell, and consequently became popular in England and Germany, in addition to France. Augé and de Rosnay were prolific remixers as well, with high-profile credits including N.E.R.D.’s “She Wants to Move” (2004), Britney Spears’ “Me Against the Music” (2005), Death from Above 1979’s “Blood on Our Hands” (2005), Fatboy Slim’s “Don’t Let the Man” (2005), Daft Punk’s “Human After All” (2005), Soulwax’s “NY Excuse” (2005), Franz Ferdinand’s “The Fallen” (2006), and Mr. Oizo’s “Nazis” (2006).

The sensational popularity of “D.A.N.C.E.” in summer 2007 was driven initially by trend-setting Internet bloggers, who were quick to champion the song, in particular its video, which featured animated T-shirts. Vice Records helped fan the flames, posting numerous MP3 remixes — for free download on its blog. All of the Internet activity set the stage perfectly for Justice’s debut full-length, † (aka Cross), which was released first in France by Because Music, then in the U.S. by Vice Records shortly thereafter. The live album A Cross the Universe landed in 2008 and helped tide fans over until Audio, Video, Disco arrived in 2011. This official sophomore release was filled with prog rock sounds, guitars, and plenty of new wave-era influences. Arriving in 2013, Access All Arenas acted as another live stopgap as fans eagerly awaited the duo’s next outing. New music from the duo finally appeared in 2016, with a pair of singles (July’s “Safe and Sound” and September’s “Randy”) arriving ahead of the full-length Woman that November. Described by Justice as their most joyful music yet, the album featured the London Contemporary Orchestra as well as vocalists including Morgan Phalen, Romuald, and Zoot Woman’s Johnny Blake.

Daniel is an illustrator/graphic designer based out of Austin Texas. He graduated from Pratt Institute with a Bachelors degree in Illustration and an Associates degree in Graphic Design. Daniel started his career in graphic design in the world of online casinos. Since then he’s worked with various clients from around the United States and Canada including but not limited to NHL, Subway, Paraco Propane, Pitney Bowes, Xerox, Conduent, Nestle Waters, The Spill Magazine, Stamford CT’s DSSD, Beechnut Baby Foods, Elizabeth Arden and much more.
RELATED ARTICLES
daniel adamsfirejustice