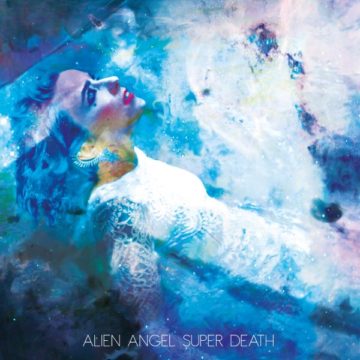 Verena von Horsten lives and works in Zürich, Switzerland. She has a quirky, dark-pop vibe that has gained her a substantial loyal following. On January 13, 2017, she released her second full-length album, Alien Angel Super Death. The album is an extremely personal work of art, as it addresses the death of her brother, Hakan. About three years ago, Hakan committed suicide.   Instead of bottling it up, Verena chose to write about it and express it to the world. Her songs have helped her overcome and move past the incident. A real life issue that draws silence out of most has given Verena an outlet for expression and a liberating sense of inspiration.

Written, recorded and produced all by herself, Alien Angel Super Death is 100% a solo endeavor. As a multi-instrumentalist, von Horsten took it upon herself to do it all; she learned how to program drums, play guitar, work with new production software, and how to be critical and constructive with her own work. The album shows both her hardship and frustration, but also       provides the inevitable glorious relief of artistic release.

The first song, “The Hymn”, fittingly begins with a drum roll and a heavy, marching, upbeat groove. von Horsten’s voice wails in a chaotic manner above kooky synth lines and sharp, chiming bells. Moving on, she hits us with the wildly experimental song, “Sakrament Der Buffelherde”. The intro is haunting and eerie, and it sets a mood that might be found in a ‘stoner’ or ‘doom’ album. Then she surprises us with a more driven indie-rock choral arrangement. “The Monster” is a heavy, glooming synth-rock track that reminds me of demons running through someone’s nightmares.

This album is different and definitely experimental. Verena von Horsten is unique and adventurous, and has let down all guards on this album. Depression, anxiety, and sadness are all popular contributors to writing songs. Something so difficult and close to heart for Verena must have made it possible to truly let loose and reveal how she felt through this creative endeavor.  Alien Angel Super Death is part twisted, part silly, and part confusing, but it is kind-hearted and spirited. It is heavy and dark at times, but presents a difficult to explain light and optimism to the fact that hardships are something all of us must endure in life.

After majoring in business & entrepreneurship at UCSB and traveling the world, Andrew moved to Los Angeles to pursue music and not give up his love for surfing, hiking and yoga. He is also in a couple really cool, up and coming, indie-rock bands in LA - Mothlight & Lone Kodiak.
RELATED ARTICLES
album reviewsswitzerland
7.0